Recently Sega invited me over to its San Francisco offices to take a peek at the latest game in the Total War series: Shogun 2.

As a return to the original Total War game Shogun: Total War, Shogun 2 is the latest in the real time/turn-based fusion strategy game. Sega and developer The Creative Assembly were kind enough to show me the real time battle elements of the game, with the turn-based overworld stuff saved for something I have planned next week. Fans of the franchise will certainly want to pay attention.

You’ve seen the trailer, now follow the jump for my hands-off impressions. 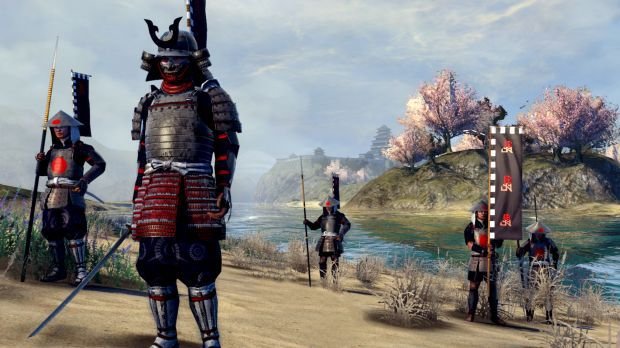 Since this is a shogun game, taking place in 16th century Japan, the idea of Samurai is really important. Players will be asked to lead one of twelve fiefdoms in the quest for Japanese Samurai glory and control of the nation. Starting off in 1545 AD, players will be tasked to guide Japanese culture through wars, the influx of Western nations, Christianity, gunpowder, cultural strife, and more. All of these features, as well as the turn-based elements of the game, build around the core of the game: the real-time battles.

These battles are huge in scope and very tactical. Troops are organized by social and military types, and, interestingly, the enemy AI typically responds like traditional Japanese soldiers would. That is, they fight with a certain code of honor in which unit types fight like unit types, and there is no variation from that. Of course, you’re allowed to ignore those honor codes, which is always fun, screwing with different cultural norms. Controlling the units is as simple as clicking a group and dragging them to the selected spot. Since these units can only walk, run, or ride horses, they don’t move terribly fast, which creates a feeling of impending force. This a slow, powerful feeling RTS. 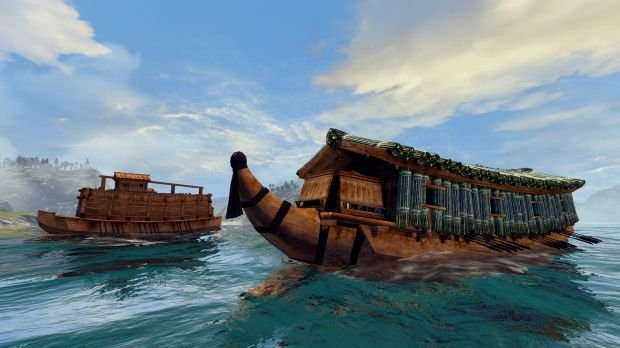 And boy, there are a lot of units. From noble samurai to lowly peasants, to archers and ninjas, there are over 30 different types of Japanese military units to use. These will change over time, as the change in culture and influx of Western influences will influence the state of the battlefield. There’s a lot to keep track of, and the way units are used and upgraded make a big impact on the field.

One of the biggest impacts is the morale of the units. As units charge across the field, they have a morale meter that indicates how they are feeling on the field. If they face a particularly powerful unit, and their morale may drop enough for them to run away in shame. There is actually a couple ways to win these real time matches, and one of them is to weaken enemy morale by out manning them, taking over their fortresses, or to defeat their general.

The generals play a big role in the battles, as a general-less army is severely weakened. When the general is around, he’ll often make a speech to his troops, and these can range from epic poetry to odd words about squirrels and the moon. Depending on what they say, the troops can respond differently, both good and bad. Either way, it’s good to have a general, as they have extra strength in the battle field, will often charge ahead, and can boost morale. However, is they die, troops morale will drop heavily, so it’s best to keep him around as long as possible.

Most of the matches are just battles on a battle field. However, other battles use the new naval battleships to blur the line between units. Shogun-era naval units were like giant floating fortresses, perfect for moving units along the shallow bays and rivers of Japan. Many of the battles will entail sending units from a ship to attack and overtake a Japanese fortress. These buildings have a staggered affect, in which units move from court yard to courtyard fighting. All of these elements will be in play for the epic battles. 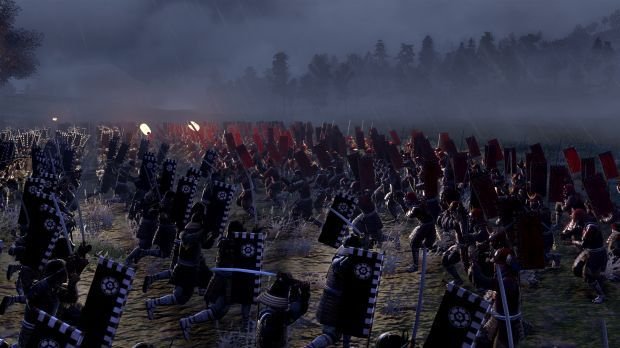 The battles that I was shown featured some impressive bits of tech. Shogun 2 is capable of supporting around 56,000 troops on one screen. Up close, sure, they look a little jaggy, but considering each and every one of them are taking part in individualized fights, this is more than impressive. Considering Kendo martial artists did all the mocap for the game, coupled with artists and musicians who spent a year and a to get everything right for the game, there is a very high standard for accuracy here. The team at The Creative Assembly used primary and secondary sources as inspiration for all the elements of the game, as well as the assistance of Japanese and Western scholars to make to make this as accurate as possible. All the voice acting and terminology uses the proper romaji and Japanese language, and real steps have been made to making this the best representation of Shogun Japan as possible.

Over all, I’m pretty impressed with what The Creative Assembly has done. Even in pre-alpha, there are some pretty fantastic bits of tech here (hell, water runs off the roofs in a realistic manner during a rain storm, for example). Moving troops is a simple and thoughtful affair, and it looks like a very realistic take on ordering your troops about and lining them up. Coupled with the turn-based, Civilization-esque elements that I am not yet allowed to talk about, I think Shogun 2: Total War could very well be a major title for RTS PC gamers.