Very few fan games have industry professionals on board with the project — and that’s exactly what the Mega Man 25th Anniversary game has going for it.

Naturally, the mere mention of a collective of professionals has turned quite a few heads in the Mega Man community, as well as the fact that it features a mishmash of the classic Mega Man timeline and Mega Man Legend‘s Bonne family.

It has a lot to live up to. 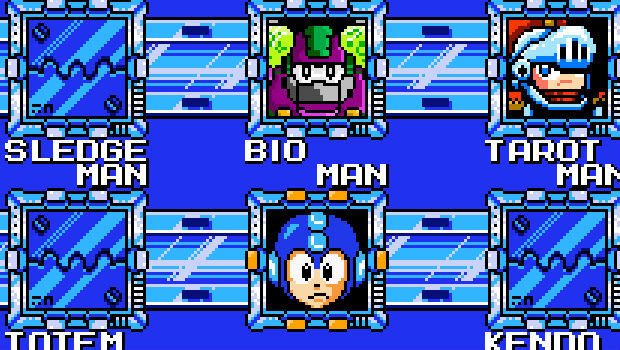 The 25th Anniversary demo features two events — Bio Man’s stage, and a Tarot Man boss fight. If you can actually make it through Bio Man’s stage in one go, it’s a really short demo, but I have a feeling that people will be spending a lot of time knee-deep in sludge — because it’s pretty damn challenging.

I actually really enjoyed Bio Man’s stage, for the most part. There are some awesome concepts in there that haven’t been done before, like the toxic waste that melts away platforms.

There’s also a few classic Flash Man stage moments where you realize you took the wrong path at the last minute, and missed a crucial bolt or E-Tank. Most of the original enemies in the level are organically incorporated into the stage, as are the aforementioned concepts.

Jason Canam, one of the developers from Drinkbox Studios, and artist Jeff Canam recently stated that Mega Man 9 was their personal favorite 8-bit Mega Man game, which makes me think that level-wise, 25th Anniversary is in good hands.

As a side note, when you decide to check the demo out, it would be a good idea to beat Tarot Man and use his weapon on Bio Man’s stage. 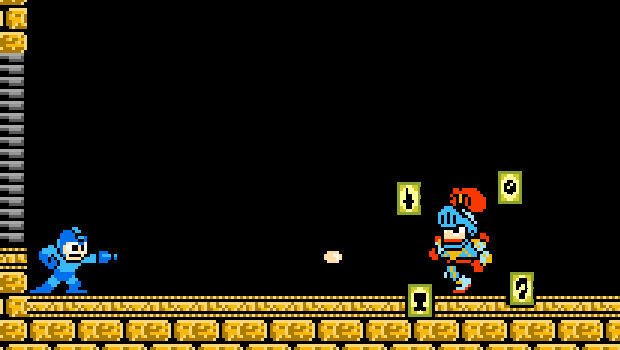 As for the bosses themselves, they need a bit of work. I didn’t really find Tarot Man to be that challenging (he’s way too slow and his pattern takes around thirty seconds to master), but he does have a neat concept involving his tarot cards that might go unnoticed by a lot of people. Bio Man, on the other hand, is absolutely insane.

As in, he’s a bit unbalanced at the moment in terms of difficulty. Both bosses do a bit too much collision damage (eight bars on Mega Man!), but Bio Man is so quick that some of it is nearly unavoidable. It’s fine if Reaverbot wants to provide some challenging encounters, but the disparity between the two is extremely jarring.

In terms of design, although Bio Man’s level holds its own, the actual boss animations aren’t really that special. Unlike Street Fighter X Mega Man, where the boss animations there transcend most classic Mega Man games, the ones here feel very stiff, and much worse than recent entries like 9 and 10.  If Reaverbot wants its game to be a bit more memorable, or considered a classic, these bosses need a little more pizazz.

Musically, as many fans have pointed out already, Bio Man’s theme doesn’t really sound like a Mega Man tune. Tarot Man’s theme is a much better effort though, so there’s still hope in terms of the soundtrack. Right now we have a very limited view of the full OST, so hopefully as we learn more, Bio Man will be more of an outlier. 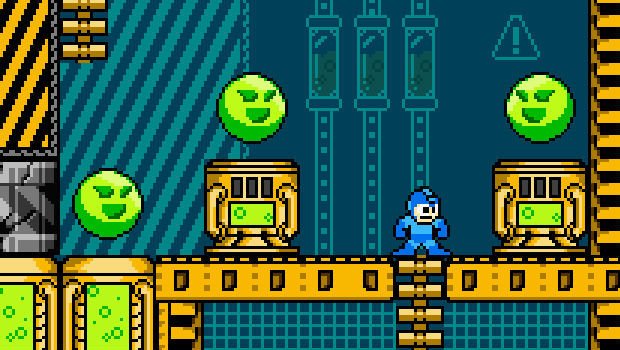 In terms of features, 25th Anniversary promises a lot more than nearly every other fan game on the market. It looks like it has a full password system, a challenge mode, an easy control setup option on the main menu, classic sound test capabilities, and a gallery to play around with.

There’s also hidden letters à la Mega Man 5 scattered around each stage, and all signs point to a special ability involving Tango (with letters that spell out TANGOmkII). Reaverbot has also promised lots of fanservice, which is all good news. It’s not a simple fan game for sure, and a lot of work is going into this.

Mega Man is featured with his classic slide, but does not have his Charged Buster from MM4 onward. In addition to Mega Man, Proto Man is also playable at any time by simply selecting your portrait at the stage select screen. Just like MM9/10, Proto Man has an extra charged shot ability, as well as the ability to deflect bullets when jumping with his shield, but he takes extra damage (1.5x).

Of course, this is just a demo, but 25th Anniversary still needs some work. If some of the bugs can get ironed out, the rest of the score is streets ahead of Bio Man’s theme, and the bosses are fine-tuned a bit, this could be something really special. I really enjoyed the challenge, which is something I felt was mostly lacking in Street Fighter X Mega Man.