The Purifier vies for your Riot Points

The League of Legends train won’t stop running anytime soon, as Riot Games is still keen on constantly updating the game with new champions. The gunslinging paladin Lucian is the latest champion on the block, poised to compete for your precious points in exchange for his services.

Lucian is a ranged damage dealer, and he has a few technical tricks up his sleeve to keep combat interesting, even if he himself isn’t all that compelling of a character. 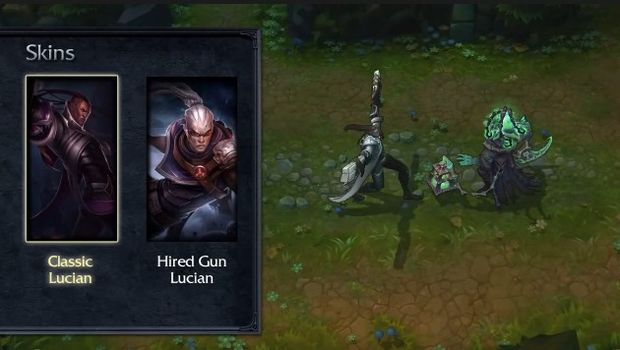 Lucian (that’s “Loo-Shen” not “Lucy-en”) is a holy warrior who battled droves of demons with his wife, Senna, until she was imprisoned by another playable Champion — Thresh. He’s basically your typical stalwart paladin, but in this case, he has Devil May Cry-like Ebony and Ivory guns and a little more style than a by-the-book knight in shining armor. I enjoy his overall look for sure, but his story and demeanor are extremely underwhelming. The real question is, how does he play?

First things first, his passive (Lightslinger) gives him the opportunity to hit twice with auto-attacks after using an ability (50% AD on Champions, full damage on minions and monsters). This is especially crucial because it can be combined with attack effects like slowing or leeching. Piercing Light is his first ability, which fires a straight line with an AD (attack damage) bonus doled out to minions — standard fare, basically.

Ardent Blaze is yet another ranged ability, which explodes in a cross-like pattern (how holy!) centering on whatever target you’re aiming at — it also marks targets for a few seconds. Lucian can not only use this ability to deal out damage, but if he hits a marked target with a standard attack he gains extra movement speed for two seconds. It’s great way to both pursue and flee from targets and makes him a little more versatile than most champions if he gets in a sticky situation.

But Lucian does have a few options outside of ranged shots, as Relentless Pursuit solidifies his maneuverability. Fortunately, it functions as a small dash ability with the added bonus of removing all slowing effects, which is a great way to get around in short spurts. The Culling is his ultimate, which is basically a “guns blazing” double pistol shot that lets him move around while he’s blasting away. If you kill a target (or get an assist) during the course of his ultimate, Relentless Pursuit can be used immediately. Combined with a heavy dose of Ardent Blaze movement speed, smart ultimate use and key Relentless Pursuits before, during and after an ultimate, you can cover quite a bit of ground in a short amount of time.

When all is said and done though, Lucian isn’t the most compelling character to play as. Your rotation is going to consist mostly of Piercing Light and Ardent Blaze, both of which have relatively low cooldowns, but employ the same basic strategy once you get it down pat. In teamfights however Lucian can be particularly useful if you’re on your game, as Relentless Pursuit and the Ardent Blaze speed proc can shift you around favorably to pick out weaker targets with your ultimate.

Plus, the cross pattern of Ardent Blaze will most likely hit multiple targets clustered in a teamfight, making it easier to dash around when combined with your assists proccing (activating) extra Relentless Pursuits. In this regard, Lucian can be quite fun, darting around the battlefield in mid to late game — you just have to put up with some boring early lane antics before that point. 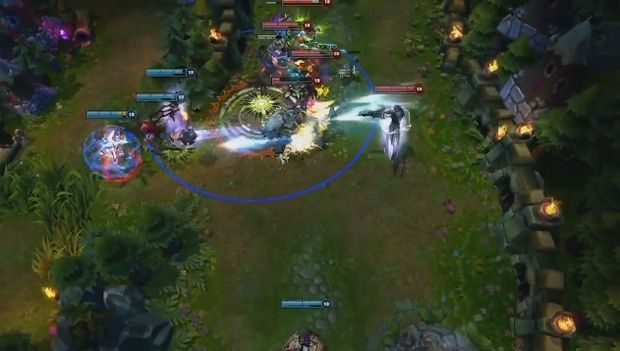 Lucian is a solid all-around ranged character even if he doesn’t scream “must buy.” He feels incredibly balanced, and he’ll most likely serve you better in Summoner’s Rift due to his massive creep farm abilities. While he may feel under-powered you will need a few rounds of practice to really shine with him, which is a testament to his skill ceiling. I wouldn’t go out of my way to purchase him though until he’s on sale.

If you missed the write-up on the last League Champion, you can find it here.