The ice witch vies for your Riot Points

League of Legends has just launched a new champion, which means many of you are considering digging out your wallets and forking over the cash or in-game IP to have the chance to try her out. This time, it’s another caster centered heavily around the new Freljord campaign — the ice witch Lissandra.

As a ranged caster Lissandra is right up my alley, so I took her for a spin on the Summoner’s Rift, as well as Dominion, and the all-new All Random All Middle (ARAM) mode. 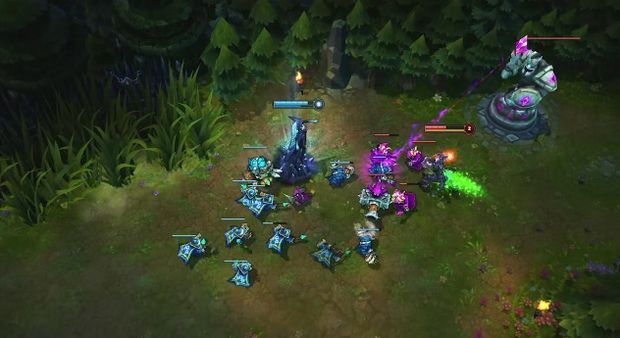 First things first, Lissandra’s three abilities are wholly centered around crowd control and damage. Ice Shard and Glacial Path are straight skillshot (something you have to aim) abilities that rip through enemies — the latter spell can be reactivated to teleport Lissandra to the Path’s icon on the ground. Ring of Frost is an instant-cast AOE root that works while running, which is extremely useful for chasing and escaping. Her passive grants her free spells on occasion, which helps early game harassment as she won’t run out of mana as fast as other Champions.

Her ultimate is particularly impressive, as it offers up a free stun on an enemy (with an AOE blast), or on self-cast, invulnerability for a brief moment. Essentially, using it defensively is a free Zhonya’s Hourglass, which as everyone knows, can be vital in 5v5 team-fights. As you can see, all of these abilities (along with Ignite) can be blown practically at once (a QWER combo, or a variant) for insane nuke damage. Her combo can be extremely deadly, and target any number of champions at once with close aiming.

Lissandra has great wave-clear abilities, as her three moves all have the potential to wipe out tons of mobs.  She’s a little easier to play than some other casters, as her two skillshot abilities go through enemy units — meaning, you don’t have to painstakingly aim them at solely at enemy Champions with the risk of a mob soaking up an errant shot.

Due to her insane clearing ability, I didn’t enjoy her nearly as much in Dominion, especially when her ultimate was on cooldown in close-quarters, split from her group. All Random All Middle mode (ARAM) is a different story, as her ability to always be near her team makes for some devastating teamfight options. 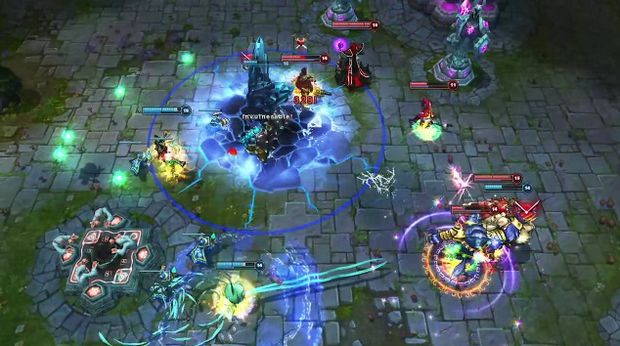 Lissandra doesn’t have a lot of defensive maneuverability outside of careful Glacial Path aiming (not to mention the fact that the teleport can be disabled) and relying on her ultimate, instead thriving in offense with slowing, rooting, and stunning her foes with her abilities, so playing it safe is a must, as any number of Champions could easily escape her crowd control. She is the very definition of a glass cannon, as any competent harassing player can keep her under control if they stay aggressive, and counter her slowing abilities. You could build your Lissandra to be tanky, but odds are you won’t need it with a good group watching out for you.

Her design is fairly unique, with a vampiric countess theme complimenting her icy gown. Lissandra’s evil nature is apparent the second you look at her, which makes her look formidable on the battlefield. While she could stand to use a little more personality, you can tell she’s a newer champion given how well animated her abilities are. Like Ultimecia from Final Fantasy VIII, she has possessed powerful beings across time, so she has a pretty cool backstory in a vanilla insane sorceress kind of way.

Overall, Lissandra is a very balanced, technical character. She isn’t overpowered, and she’s by no means weak, making her a very viable choice depending on your group’s composition. I wasn’t thrilled with my time with her, but as is the case with any new Champion, I enjoyed learning a new character, and since I tend to gravitate towards offensive casters, it suited my style.

Riot is on a new schedule for Champions, hoping to pump out one every three to four weeks, or up to 15 per year. Stay tuned for more League of Legends coverage on Destructoid, including future Champions. I’ve been playing League for about three years now, and it’s still going strong!