It’s a crying shame to see Rare reduced to producing Kinect games. With so much talent and so many IPs ripe for the taking, Microsoft has reduced one of the best retro studios of all time to a motion control factory.

But every now and then the “new Rare” will have flashes of greatness, as evident in Viva Piñata. Although Kinect Sports Rivals is far from what I’d call “great,” it’s a huge step up from the original Kinect Sports, and a vast improvement upon prior motion control technology. 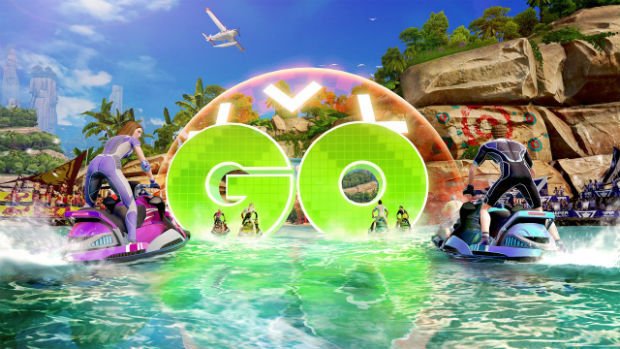 Kinect Sports Rivals starts things off right — with the ability to navigate menus with the d-pad rather than solely using Kinect. It’s a feature that I hope carries over to more games, as “punching” menu options in Fighter Within was a terrible experience I hope to never have again.

Although the final version will contain events for tennis, rock climbing, soccer, target practice, and bowling, the “Preseason” demo currently only grants access to the waterski event. In short, it’s basically like Waverace reborn, with advanced visuals and a little less charm — and (good) forced motion controls.

Driving your jet ski is really easy — you just hold up your arms, and pull either one of them back to turn in a specific direction. If you’re going off a jump, just lean back or forward to initiate a flip trick, and stamp your right foot to use a power-up (in this case, a boost). Surprisingly, the Kinect 2.0 is much more accurate than its predecessor, and the controls actually worked during the entirety of my time with Rivals. 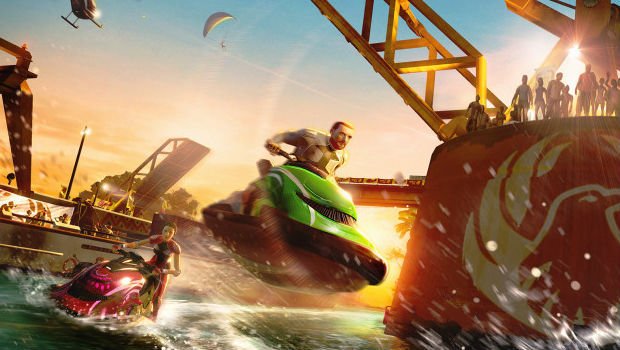 While the game itself isn’t exactly bursting with personality, the one track featured in the demo was pretty fun, filled with hazards like water mines and scenery such as sunken ships, with ramps littered about the course. The bright colors help add some definition to the game’s visuals, and although it doesn’t exactly push the envelope graphically, it does look like a “next-gen” title.

Point blank, if you hate Kinect, you’ll most likely hate this game, as it doesn’t offer a traditional control scheme. While I’m not really a big fan of the device myself, certain games on occasion have been known to catch my fancy (Child of Eden), and if the rest of the events are actually good, Rivals has a chance to be at least a serviceable novelty game.

Would I trade in Kinect Sports Rivals for a real Rare game any day of the week? Of course. But within the confines of the genre, I had a fun time reliving the glory days of Waverace gone by. I can only hope that the delay into 2014 will result in some more polish, and hopefully, an option for a traditional controller in some of the events.