As much as Microsoft would like to indicate, Kinect is a device that is going to leave most hardcore gamers in the cold…at least initially. With the upcoming launch set for November 4 in the States, most of the expected launch titles are made up of casual sports, health and pet games. However, there is one exception—Fighters Uncaged—that promises to offer the first hardcore game experience on Kinect.

I’ve gone, well—body-on—with the game, and am ready to share my results. Follow the jump for what gamers can expect from Ubisoft’s first fighting addition to the Kinect lineup. 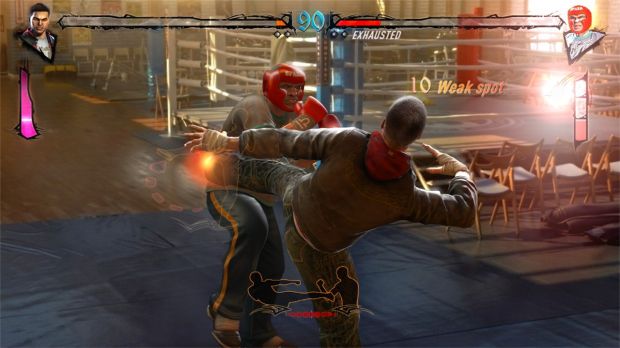 When the developers of AMA Studios placed me in front of Kinect, it was pretty clear early on that the game was more than a little different from the rest of Ubisoft’s lineup of games. This one was gritty and violent, a far cry from the cuddly animals and hoards of avatars. Designed explicitly as a hardcore title for Kinect, this one has been developed with gamers like us in mind.

However, those looking for a Street Fighting knock-off should best stick with their sticks, as Fighters Uncaged is less Street Fighter and more Punch Out!!. Considering players view the action from an over-the-shoulder perspective, this makes sense. However, unlike Little Mac, main character Simon can punch, kick, elbow, sweep kick, head butt, and a whole lot more.

As a matter of fact, there are over 70 different moves to perform, and while some of them are weird to pull off (I could never perform the leg sweep, and the special move—where you have to yell at the built-in mic in Kinect—was just a tad too goofy), the device is able to generally perform every move you yourself pantomime. It’s a neat bit of tech, and while I can see that the training mode will help tremendously in getting a player to know what moves are most tactical, I just ended up flailing around. 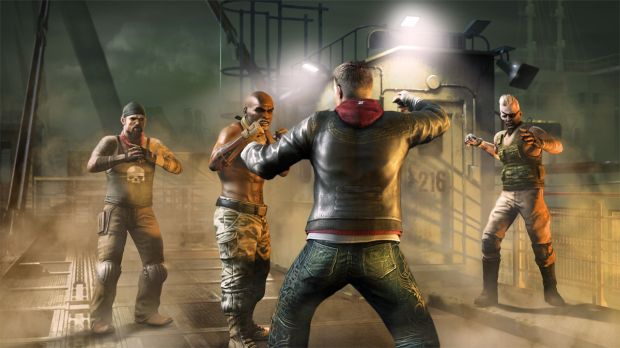 Which is bad, as each of the different opponents have different fighting styles, appendage preferences, specific weaknesses, and more. For example, one lighter characters might be leg heavy, so you need to prepare to block their kicks, and go heavy on hitting their head. Combos can be performed depending on the chains that are built, so it takes a lot of recognition of the opponent responses. If you are good enough, you can damage their legs and arms, creating even more weak points for you to abuse. Again, it’s very evocative of a full body version of Punch Out!!, so fans of that franchise should certainly pay attention.

Unfortunately, due to all of the fighting action, no more than one person can play at a time. There’s really not much more to say about this, but it looks like multiplayer might be a universal problem with Kinect. For a title like Fighters Uncaged, this is a major buzz kill.

Oddly, there are no female character models in the game. When I asked this to Luc Verdier, Producer of Fighters Uncaged, he was pretty upfront: there was not enough time. While the team at AMA Studios would love to have the other gender a part of the game, women will just have to fight digital representations of their gender another time. Go figure!

Unfortunately, one other problem that has plagued a lot of Kinect titles is the amount of space you need to play. There is a very good reason why you never hear about Kinect titles allowing more than two players to play at any given time: the sweet spot for games to work is just too small. For example, in Fighters Uncaged, there is a box area between six to eight feet from the camera, and it’s about three feet wide. Move too close or too far back, and many games balk at the player, Fighters Uncaged included. Certainly not the fault of the game, just be ready to shuffle back to that sweet spot every few minutes during particularly grueling fights. 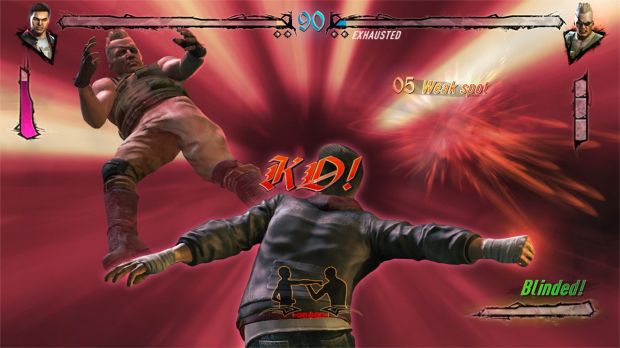 After a good twenty or so minutes with the game, I can say that Fighters Uncaged could be a novel alternative to the swarms of sports titles coming to Kinect. It’s not outrageously violent, but it is certainly different from the swarms of candy colored games ready to hit the market. Between the recognized long kicks and short punches, it’s clear that the game is putting the device through its paces in recognizing different moves, and that in itself is a step up from other motion controlled fighting games.

Will it become the next great fighting game franchise? Probably not, as the somewhat generic art direction and the ambitious usage of Kinect means this may not be the perfect beginning of a franchise. However, there is a lot here that is exciting for a first generation Kinect title, and fans of fighting games and Punch Out!! should certainly pay attention to Fighters Uncaged.