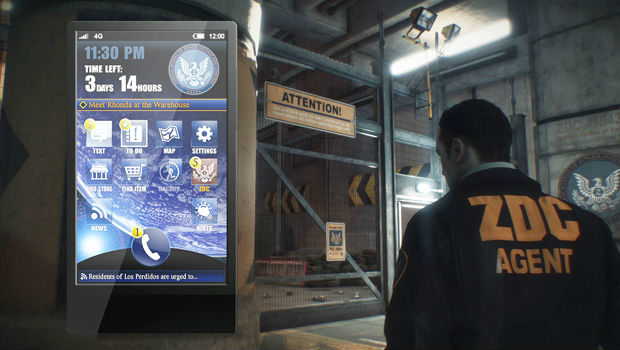 Microsoft’s SmartGlass functionality kind of came and went on the Xbox 360. Very few games supported the “second screen experience” concept and if they did, it was usually something underwhelming like an interactive website.

But with Dead Rising 3, Capcom has attempted to make a fun companion to the game that directly interfaces with your game in a way few SmartGlass games have before. It’s far from essential, but it’s helpful when you’re in a pinch in Nightmare mode, and it also doubles as a fun way to get a little extra role-playing mileage.

First things first, starting up the app is as easy as starting Dead Rising 3, loading up SmartGlass on a capable device, and hitting the “Companion App” link button. Immediately a military themed UI will appear, and your mobile device will essentially morph into the “ZDC PDA” — or, the “Zombie Defense and Control Personal Digital Assistant.”

From the get-go, I appreciated the effort to make the app more grounded within the realm of the game, as it added a bit of charm beyond a basic UI that essentially runs off Microsoft’s initial design. You can also customize your theme with three options, as well as choose from a traditional or retro ring tone for when NPCs “call” your device.

Speaking of NPC communication, you can contact people within the game via phone or text messages, and get extra mission parameters or “call for help” if you have any friendly AI at your home base. Nothing is exclusive to the app per se, but by calling in for missions, it might highlight an area you didn’t notice on your own. You can also call down airstrikes every now and then, which you won’t really need, even if they look pretty damn cool. 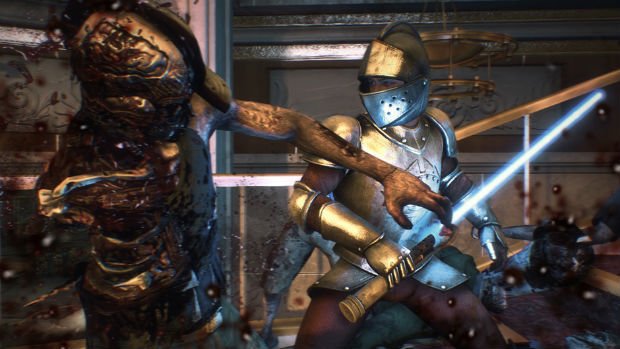 Perhaps the most useful section of the app is the portion where it lets you instantly identify cars or specific weapon types in-game (like blades or blunt objects), causing a radar icon to hover above the applicable object. Even if you just keep this app handy for a quick “car spot” when stranded on a highway, it’s very useful — especially when you consider that it works during co-op sessions, so you can help a friend out as well.

The map is arguably the best part. Even though it doesn’t offer precise-to-the-second “blip-by-blip” updates, it’s accurate enough, and extremely useful if you prop your tablet up on an easy-to-view surface. There’s also a clock that counts down the “end of game” timer, which is only applicable on Nightmare mode, and helps keep you motivated. If you want to be reminded of a certain mechanic without flipping through the tutorial menus in-game, you can do that too.

What I like most about the second-screen portion of Dead Rising 3 is that it’s not shoved in your face at any time. Every so often while exploring the world you’ll find a “PDA Upgrade” that enhances SmartGlass functionality within the app, and that’s about the extent of its nagging. It also doesn’t feel like anything is missing from the game without it, as I can attest with my first SmartGlass-less playthrough.

While I wouldn’t tell anyone to go run out and immediately install SmartGlass before playing Dead Rising 3, it’s a step in the right direction, and makes me hopeful for games like The Division and Watch Dogs, which also boast said functionality.

If you haven’t picked up the Xbox One SmartGlass app yet (it’s different from the 360 one), you can grab it on iTunes or Google Play.