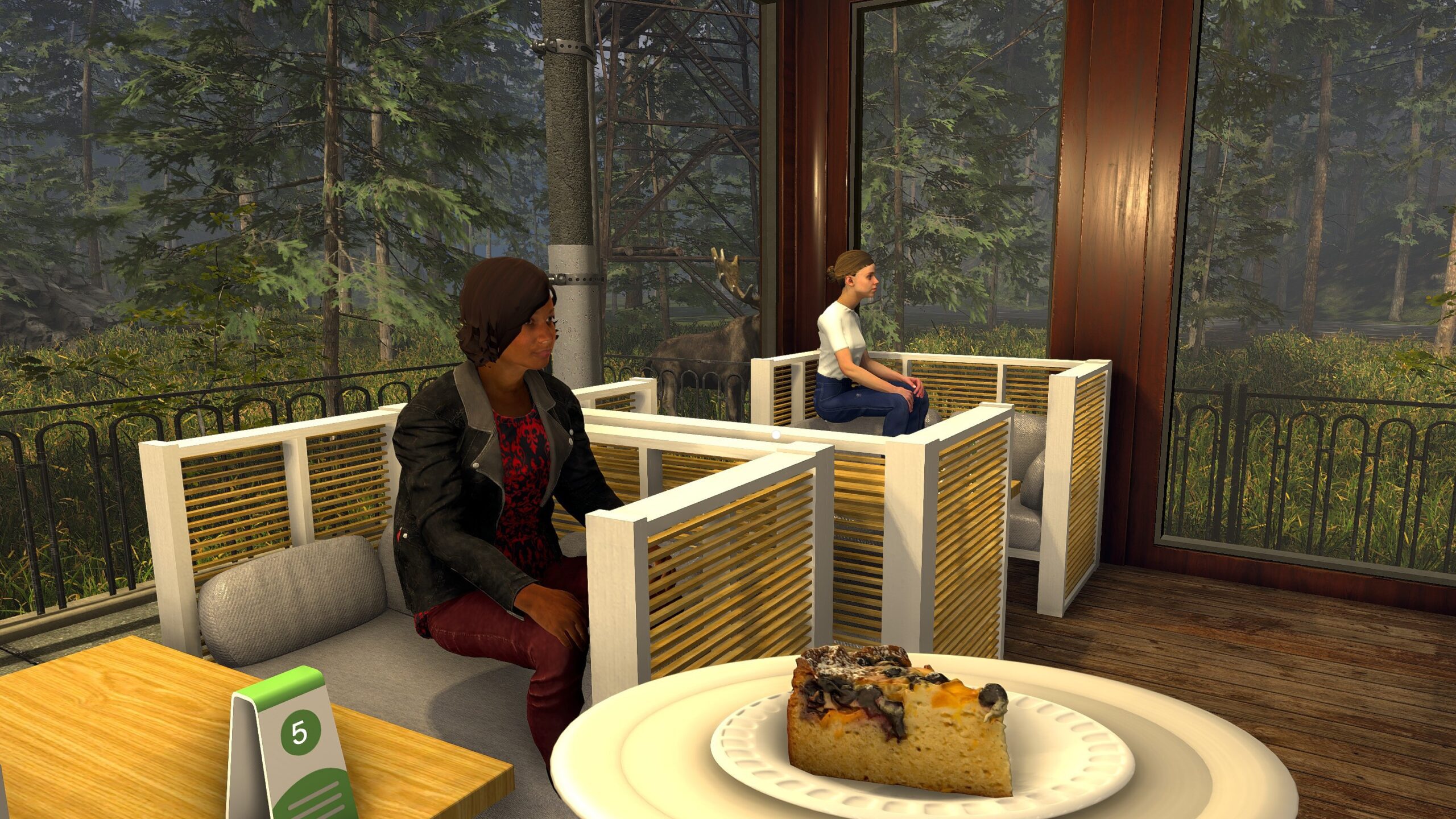 And maybe also some coffee

The demo for Cafe Owner Simulator just kept getting more confusing for me. For starters, it has a header that looks suspiciously like the one used by House Flipper and its various DLC. However, it’s not related to that developer or publisher. Then you get into it and it tells you how your freakishly proportioned father used to run restaurants and you’re taking over that dream.

Wait, weren’t we talking about cafes?

No, that’s plainly a bar in the image. Then you get to the point where you actually pick the menu and you’re given options like lasagna and various Japanese dishes. So I looked up the definition of cafe because I’m pretty sure “cafe” is just French for coffee. It seems Americans use it to describe everything from nightclubs to diners. I’ve probably never seen that here in Canada because it would confuse the French-speaking population.

In any case, Cafe Owner Simulator is a first-person restaurant manager and its demo is available as part of the Steam Next Fest. I just wanted to get that out of the way. 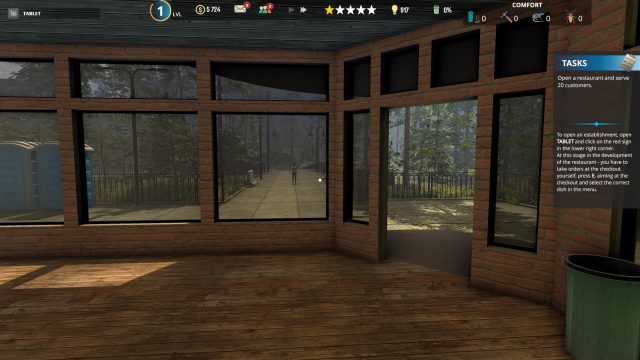 The demo for Cafe Owner Simulator starts off about as predictably as you can get. You’re in front of a derelict building that is covered in garbage, and it’s up to you to click on all that trash to get rid of it. Replace the windows, catch the rats, reshingle the roof; then it’s time to decorate.

Cafe Owner Simulator: Prologue shows off a lot of options for indoor decorations, but the ones that you can purchase in the demo are pretty limited. One interesting facet is that appliances have to be plugged into an outlet, but you can slap those outlets anywhere, like, say, directly above the sink. You build your menu, but I’m not sure why you’d pick one dish over the other at this point. You order groceries, but don’t order more than four at a time, because any boxes beyond that will just disappear.

I slapped down some tables, hired a dude, then opened the place up. Customers started arriving one at a time. I just… watched as they slowly loped their way down the path to the restaurant. You take their order, then the dude starts making it; eventually delivering it to your register so you can take it to the customer to poke at.

You can only queue up one order per employee, which is baffling to me. I’ve never worked in food services, but I know that orders are queued up on tickets, however many people cooking be damned. So you just sit there, staring at the customer until your dude finishes with the last person’s meal. You can buy a second prep table and hire another dude, which would have been nice to know before I opened the restaurant.

Eventually, the gods tire of your worthless endeavor and you’re hit by some sort of storm. It looks like a sandstorm, but your eatery is surrounded by coniferous trees and a wandering moose, so that seems unlikely. It does, however, fade the game to black. Thank goodness, I was getting tired of the slow service. 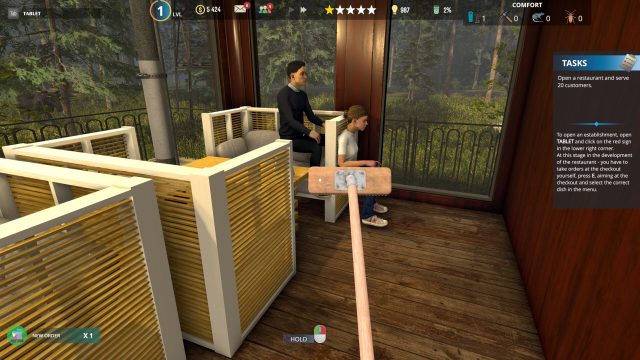 Cafe Owner Simulator needs a lot of work. Not just squashing bugs, but also fleshing out some of the mechanics. The developer is collecting feedback, so hopefully, some of the many wrinkles can be ironed out. I like first-person builder games and I like management games, it’s just that Cafe Owner Simulator’s demo doesn’t make a good case for their marriage. I’ll be watching this one, so I hope it doesn’t get performance anxiety.