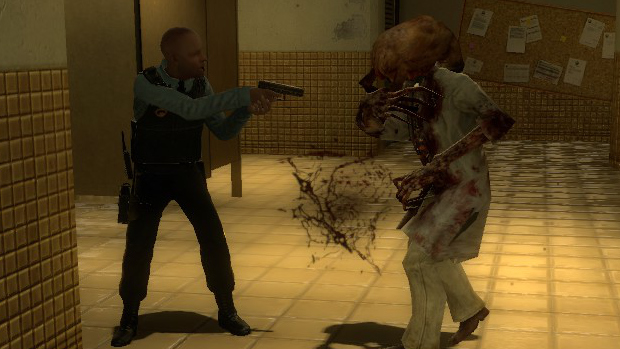 Black Mesa is now available, I am playing it, and I can tell you that it’s awesome. It is an amazing recreation of the original Half-Life with updated graphics and sounds. We’ll have a review up soon. In the meantime, here’s 30 minutes of gameplay and my early impressions.

I went back and played some of Half-Life yesterday so I would have the original fresh in my mind when I started playing Black Mesa. The old game definitely looks dated, and this new visual update greatly enhances the experience. The textures are all very crisp and HD, the lighting is dynamic and modern, and physics have been fully added using the Havok engine. 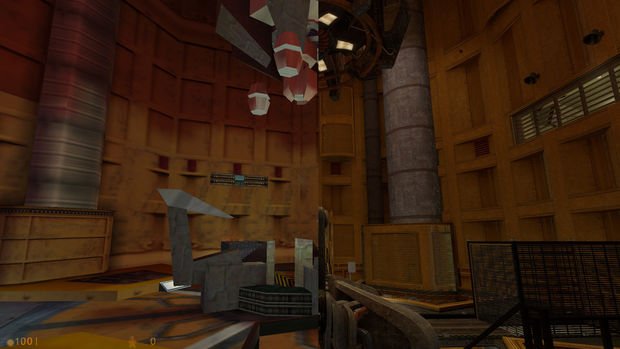 While the new visuals are nice, the worst thing about the old game is the sound. When people talk to you, it sounds like they are trapped in a digitized static machine on a planet filled with static monsters. It’s pretty bad. Now the dialog is clean and rerecorded. The delivery and inflection matches the original so well that it’s uncanny.

The gameplay is updated slightly as well. I would have never noticed if I hadn’t gone back and played the old game right before playing the remake. It’s just enough subtle tweaking to make the controls feel fresh. Old shooters just have this weird feeling where you feel more like a floating camera and less like you are walking around in the world. Black Mesa feels like a modern game. Don’t read into this as they changed everything and made it totally different. It’s true to what the game is and it doesn’t change how Half-Life plays; it just changes how it feels. I’m guessing that 80% of the people who play this won’t even notice any difference in the controls. 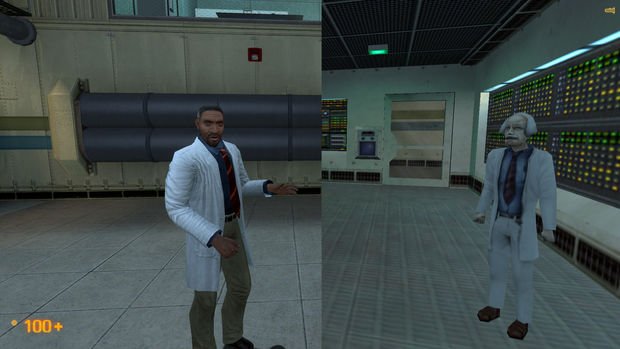 The only flaw I’ve noticed so far is that the loading times can be very slow at points. It’s not game breaking, but it is annoying. Hopefully this is something that can be addressed in the future.

You can grab the game for yourself for free right here. Black Mesa has also been Greenlit on Steam, so it might be available soon from there as well. Stay tuned for a full review early next week!