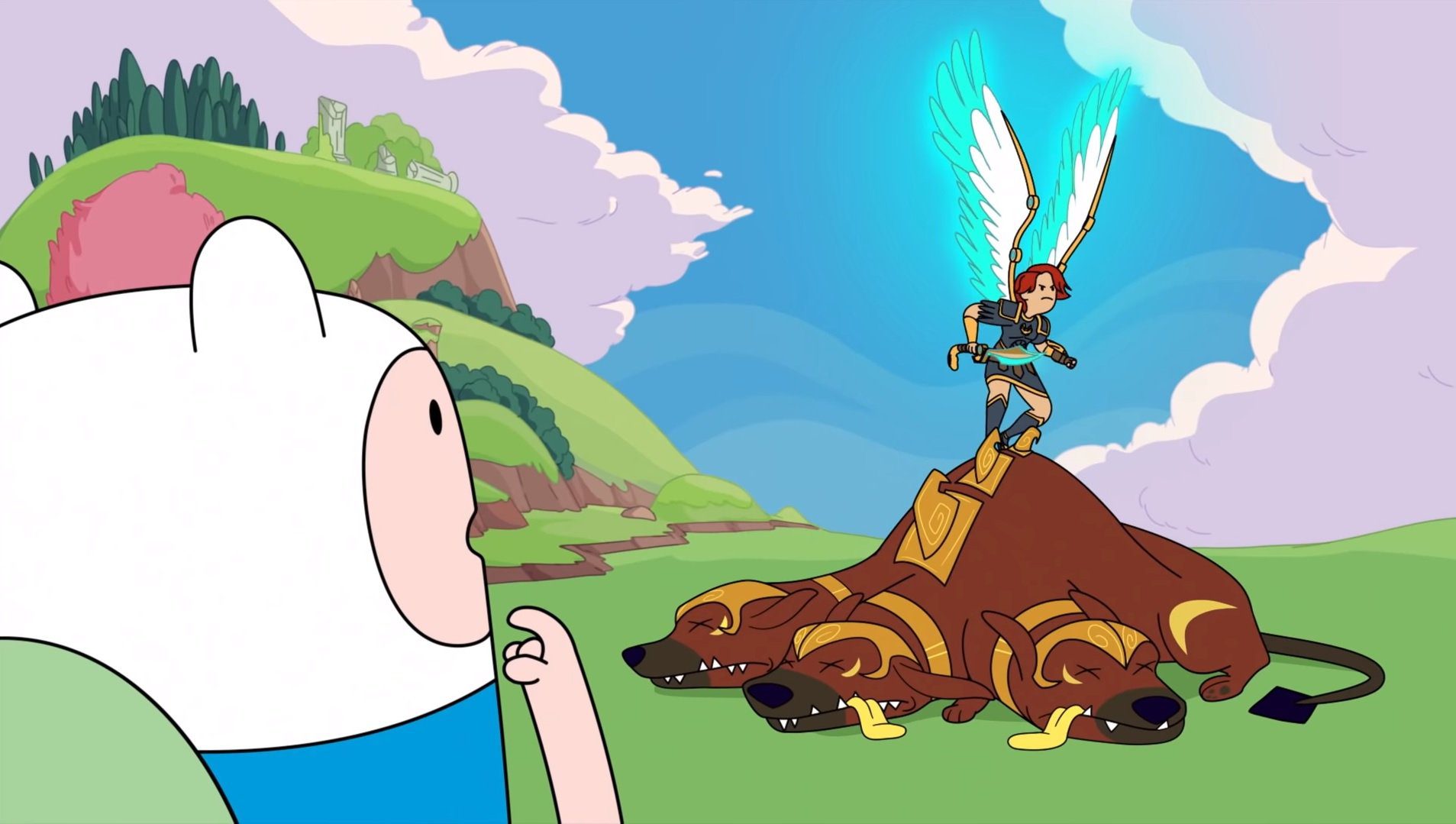 That’s not Jake at all! That’s Cerberus and, thanks to an Adventure Time crossover, he’s trying to make mince meat of both Finn and Jake. Thankfully, Fenyx swoops in to play mediator.

Ubisoft has released this trailer for an Immortals Fenyx Rising meets Adventure Time collaborative effort. However, it’s unclear if this is the beginning of a larger crossover or just an isolated advertisement. The game could very well have some side quest content based on Finn and Jake.

Although Adventure Time wrapped up in 2018, it lives on through a limited-run series of specials that was greenlit by HBO. Later this week, the second one, Obsidian, premieres. There’s still Adventure Time content out there, but it isn’t exactly plentiful. If there’s some more in Immortals Fenyx Rising, it might make the game a can’t-miss for fans of the show.

Thus far, Immortals Fenyx Rising is shaping up like a messy love letter to Breath of the Wild. In his preview, Chris noted that the action is coming along nicely but the humor is looking a little rough. It probably wouldn’t affect the main story, but Adventure Time could certainly bring something to the table as far as ha-has go.