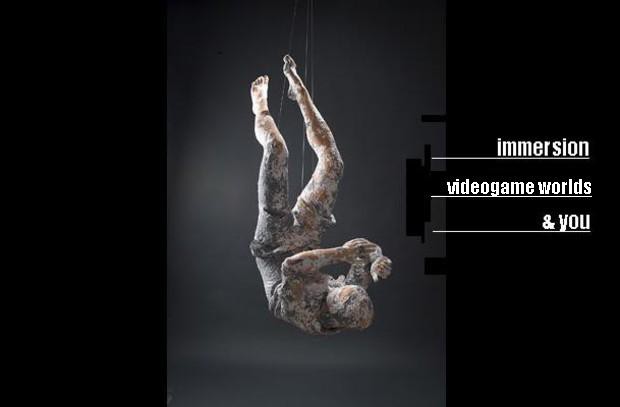 [Y0j1mb0’s note: I wrote this a year ago but thought it appropriate to share with you once again due to megaStryke’s latest blog. This isn’t so much a response blog as it is what immersion in videogames ultimately means to me. ]

the act of immersing or the state of being immersed: as a : baptism by complete submersion of the person in water b : absorbing involvement

What is a game?

A ‘game’ is a structured or semi-structured activity, usually undertaken for enjoyment and sometimes also used as an educational tool.

Key components of games are goals, rules, challenge, and interactivity. Games generally involve mental or physical stimulation, and often both.

Known to have been played as far back as the 30th century BC, games are a universal part of human experience and present in all cultures. The Royal Game of Ur, Senet and Mancala are some of the oldest known games.

So what is a great game? Find out after the jump.

This is more subjective and one where Wikipedia may have a harder time detailing to the masses. I’ll attempt to tackle that query as well as what ultimately makes a game or specifically a videogame be an experience that I keep coming back to repeatedly due to immersion and what that encompasses to me personally.

A great game to me has always been about an indescribable hook that immediately catches your interest. Be it the story, the look, the very nature or feel of the game in question. The best games have all of those wrapped up with sublime control and music from the Gods. Some don’t have all those prerequisites but only few of them and those are still considered great because what they get right, blankets what they get wrong. It doesn’t matter that the game is short or if it doesn’t have multiplayer. Quite the contrary, I tend to think the best games are single-player affairs. They are more intimate and there are no competitive component in them to make you stressed or feel inadequate.

Right about now some of you are wondering what the heck does this have to do with immersion and videogames. Simple, if the game can accomplish what I just described, not only has it just entered the status of a great game, it has also crossed over to the exclusive club of games that are exquisitely immersive, because while you may shelve it after completing, it will beckon you back into its world again.

“Oompa!” or the process of Immersion.

I have used games as recreational disposable trysts to genuine escapes from reality when times got rough. But ever since I picked up a controller a long time ago, I felt the wonder of controlling something in front of my TV and that magic I felt as a kid still thrives in abundance within me to this day. That wonder I feel as a gamer is synonymous with immersion. While one would think immersion is an action solely based on you and the amount of commitment personally rationed, it still needs coaxing. The games with the most absorbing qualities have this in abundance. Earlier I said a great game to me has always been about an indescribable hook that immediately catches your interest, yet the more I think about it, it’s akin to a key that unlocks that special door to the game world, making it all the more easier to step through into a game designer’s vision.

Truly gifted game designers place those keys squarely in the palm of your hand to make it easier for you to immerse yourself in their world. Once that synergy is accomplished, that umbilical cord tethering you to the game doesn’t fall off. It’s still there, even after you finish the game. You may move on to something else but eventually it will pull you back to experience it again and again. Maybe once every three months or once a year but its seductive call will lure you back to enter its world once more.

Being an older gamer I don’t take for granted how much the game industry and games in general have grown throughout the years. From Pac Man, Super Mario World, Castlevania, to Deus Ex, System Shock and Half Life. Technology is forever growing making new games something that as a kid I never would of imagined controlling but game developers need to really think what about what makes games have good replay value because I’ll be honest, it isn’t downloadable content or even oodles of unlockables be it CG movies, a different outfit for your character, or achievements/trophies, though they do play a small part.

It’s creating something new, something fresh, something that grabs you by your balls and wanks. I’m not saying everything has to be original, I’m saying that what you do create put a new spin on it, give it a new look, drench us in an atmosphere that slaps us in the face as soon as we begin playing. You know, games that even the menu evoke a small amount of appreciation on our part because they took the time to make it fit to the game at hand.

Examples: Half Life 2’s menu is a simple snapshot of a scene in the game, but it’s made more effective for it’s simplicity and gelling with everything throughout. Down to the haunting sounds and minimal music if you just let it sit idle. Better still, depending on where you save, the menu image changes. That’s care poured in by the developers. Same with Dead Rising and it’s menu. The walking dead shuffling about outside the mall with a slight fog caressing their feet. A dreamlike image that hooks you. And that’s just the damn game menu of the games folks!

As I stated before, it doesn’t have to be a graphically gorgeous game but what it does offer should be engaging. I’ve played Castlevania Symphony of the Night quite a few times. Guess what? I’ll play it again too. I make it a point to play Ico at least twice a year to remind myself what gaming is all about again because I sometimes forget. I love the next interactive piece of gray colored violence like the next man, but I think in our rush to satisfy our blood lust we lose perspective in what drew us to gaming in the first place … and no it wasn’t Halo, Gears of War or GTA with their disposable mythologies in tow.

It’s games that immersed you completely in their worlds. From entering Ico’s dreamlike world, to flying in Dragoon Orta’s beautiful vistas, attempting to slay epic giants in Shadows of Colossus, to being a plumber trying to save a princess named Peach, the absorbing value in those games for me are immeasurable. My community colleague megaStryke states in his latest piece:

Just like vision, “immersion” is just another wall for console warriors to hide behind when what they really mean is that a game should come to their machine and not to yours.

Respectfully, I beg to differ. It has nothing to do with whatever console a game is played, nor is the terminology a nonsense buzzword. Truth be told, immersion and graphics don’t always necessarily go hand in hand. Graphics, while a part of immersion, are merely just another tool of many in a developer’s repertoire to get the job done. Just because you may find some using the perceived buzzword to justify whatever fanboyish agenda doesn’t mean that word is now devalued. Like good books read, enjoyed and then read again finding an even richer experience the next go around, to me great videogames all boil down to these nine words in a form of a question:

What new worlds can you immerse me in today?