Since 1988, each sitting US president has declared the month of March as Women’s History Month, honoring the achievements and advancements of women throughout history. At Destructoid, we love women, a fact quite evident by the vast array of female writers we have on staff, and I’m celebrating this awesome month by getting my fellow contributors to talk about the best women in gaming. Actually, the other writers will all be competing for second best, because there isn’t a female character better than Carmen Sandiego.

I was first introduced to The World’s Greatest Thief by way of an elementary school computer. Most of the other students played The Oregon Trail to see how quickly they could get their family to die of dysentery, but I was much more interested in hunting down Miss Sandiego.

The more games I played, the more fascinated I became by her. She stole simply for the thrill of it, something that blew my nine-year-old mind. She was cunning, using her henchmen in V.I.L.E. as pawns in a grand scheme that I had figure out. As the series went on, she became quite ruthless and downright evil. In Where In Time Is Carmen Sandiego? she traveled to the past to steal medicine, potentially resulting in the deaths of millions of people. Carmen Sandiego simply doesn’t give a fuck and it brought me great satisfaction every time I brought her to justice.

She was the first video game character to test the skills I had learned in the classroom: reading, researching, geography, and problem-solving. I was one of those nerds who loved going to school to learn instead of socializing, so to find a series gave me the opportunity to use my brain to succeed instead of my twitchy hand-eye coordination was momentous.

I’ve long outgrown the “edutainment” genre and have seen villains far more diabolical than her, but Carmen Sandiego remains the blueprint for bad-ass women in gaming. 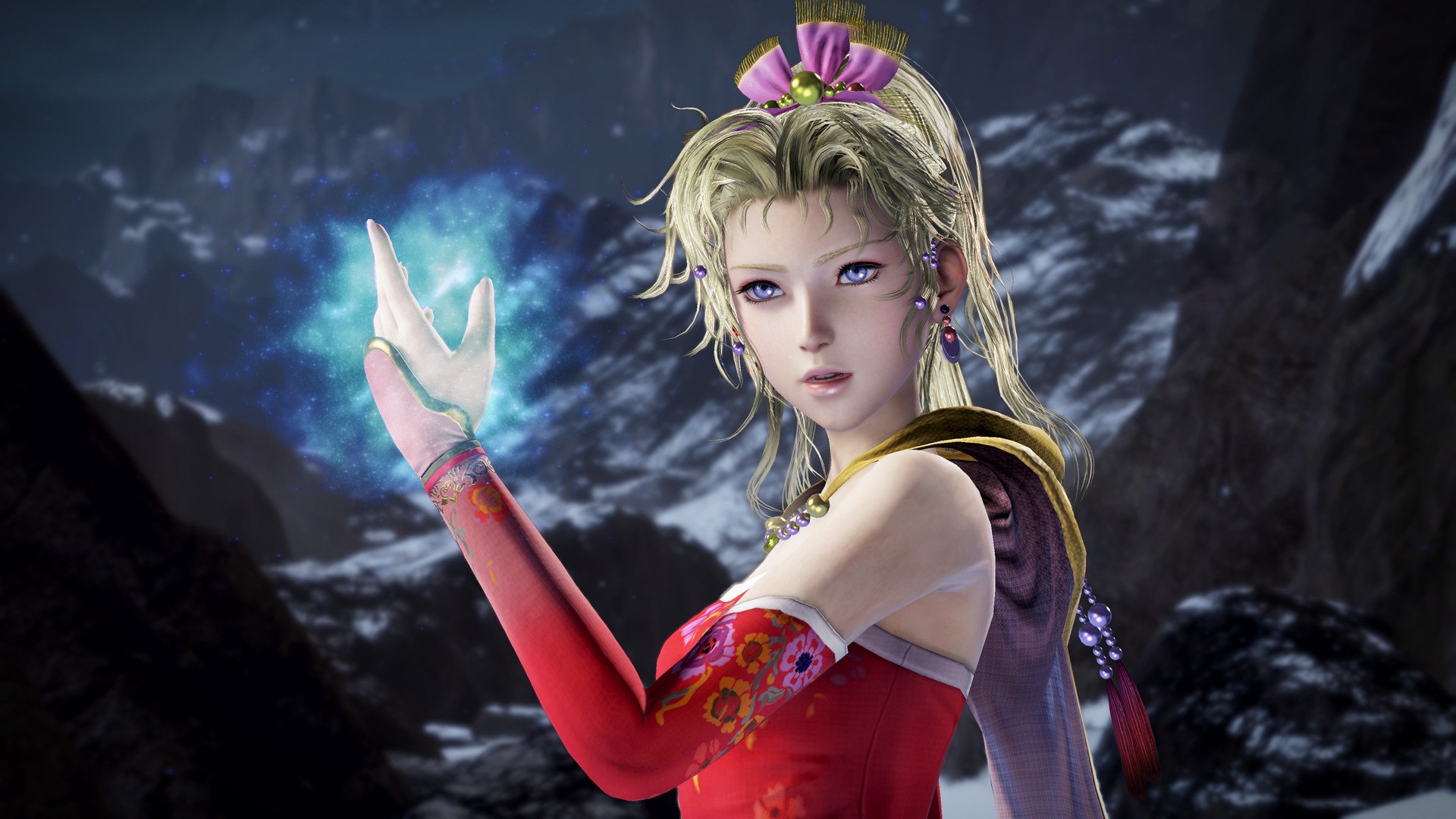 To say nothing of the style and grace that Final Fantasy VI brought to the RPG world and the people it impacted, Terra Branford was a standout member of its ensemble cast. Despite the fact that the game supposedly doesn’t have a main character, she’s still emblazoned on just about every piece of marketing for the game and is the first person you have direct control of at the start.

Terra brings a human element to the series in a way that only Cecil came close to before her. She anchors the story as the middle-ground between humans and Espers (magic beings) and rises up against those who have enslaved her, adding more nuance to the typical “Heroes [Journey] of Light” concept Final Fantasy previously relied upon.

It’s easy to lump Zelda in the same “chronically kidnapped” box as Princess Peach, especially when you contrast her to Samus or Bayonetta. But if you look more closely, you’ll find that Zelda has always played a huge role in keeping Hyrule safe from Ganon.

As far back as the original The Legend of Zelda, where she split the Triforce of Wisdom to prevent Ganon from getting his hands on it, she has been a thorn in the Great King of Evil’s side. In Ocarina of Time, she interfered even more directly. As Sheik, she managed to aid Link on his quest and even save the Sage of Water from beneath the ice. In the very end, she also leads the Six Sages in imprisoning Ganondorf in the Sacred Realm. “Curse you…Zelda!” indeed.

As the series progressed, Zelda went on to play increasingly bigger roles in the legend. From reviving and empowering Midna in Twilight Princess, to being Link’s ghost-buddy in Spirit Tracks, and from her pirating days of The Wind Waker to her personal quest with Impa in Skyward Sword, Zelda has always been the prominent figure in the series. And of course, she personally took part in the final fight against Ganon on several occasions.

There’s a reason this series is named The Legend of Zelda. In one way or another, most of the games revolve around her. And her role in the backstory of Breath of the Wild may be her biggest yet. 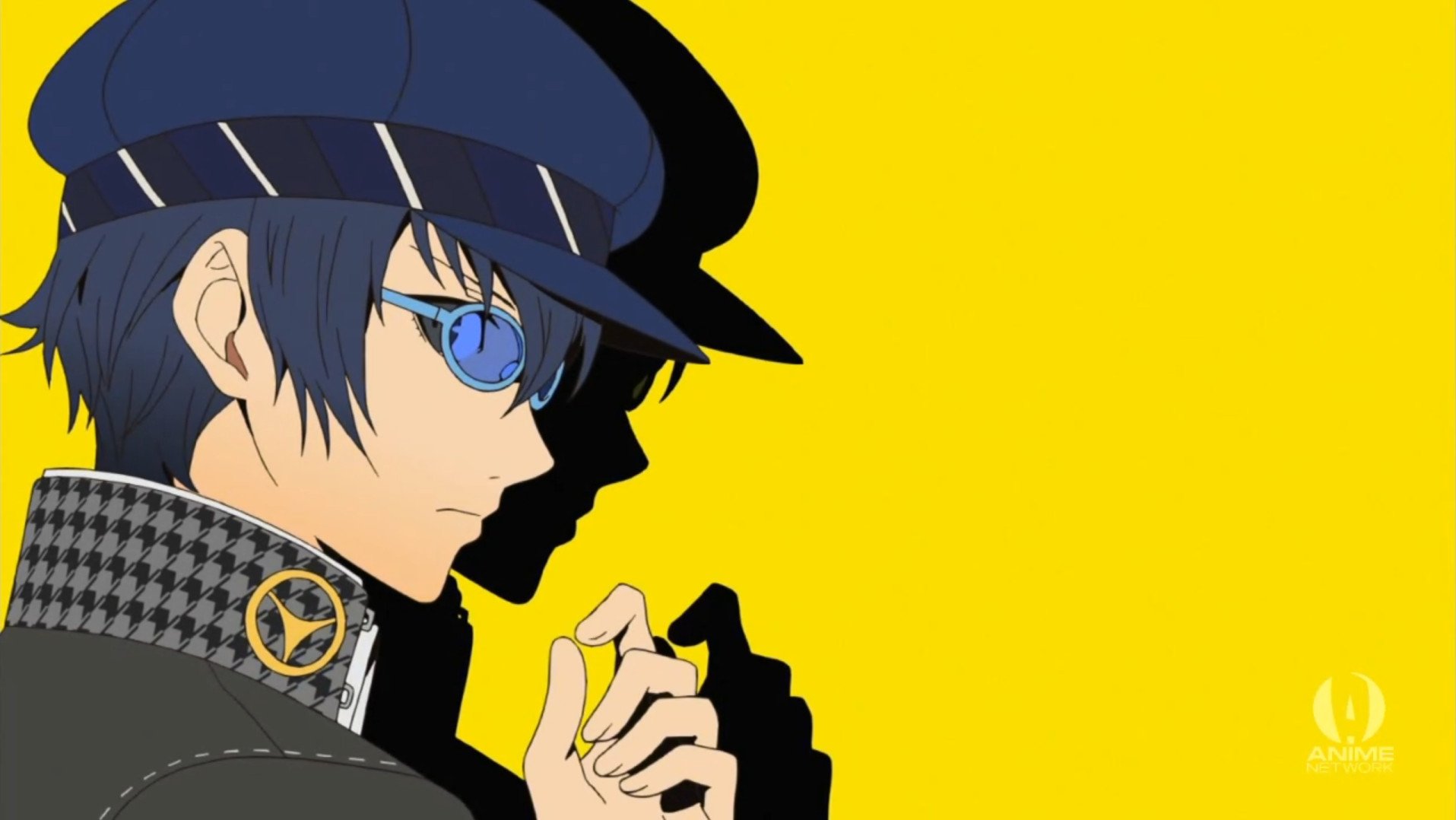 I think Persona 4 might be my favorite video game — at the very least, it hangs in a perpetual tie with Gunpoint and Mass Effect 2. Between the original PS2 release and Persona 4 Golden, I’ve spent a good 400-odd hours in Inaba. So when you play one game over and over, you start to appreciate the little things; like how ace detective Naoto Shirogane is easily the most competent member of the Investigation Team. She’s the best! After hours of your supporting cast grasping blindly in the dark and constantly being two steps behind the player, here comes a lady with some good ideas.

I’ve been on record as a big fan of proactive main characters, and they just don’t come as proactive as Naoto Shirogane. You go from idiots like Yosuke throwing out random theories to Naoto bringing in new evidence and using her police connections to help out the Team. Charlie Tunoku’s friends each change over the course of the game, but their stories are mostly relegated to problems you could see your average high schooler struggling with. Since Naoto’s complexities don’t quite fit the rest of the gang’s small-town issues, her arc is all the more compelling as a result. She’s also got a super aesthetically pleasing dungeon and one of the best Personae. A Kamen Rider-esque fairy with a lightsaber and a peacoat??? C’mon, that’s too good! 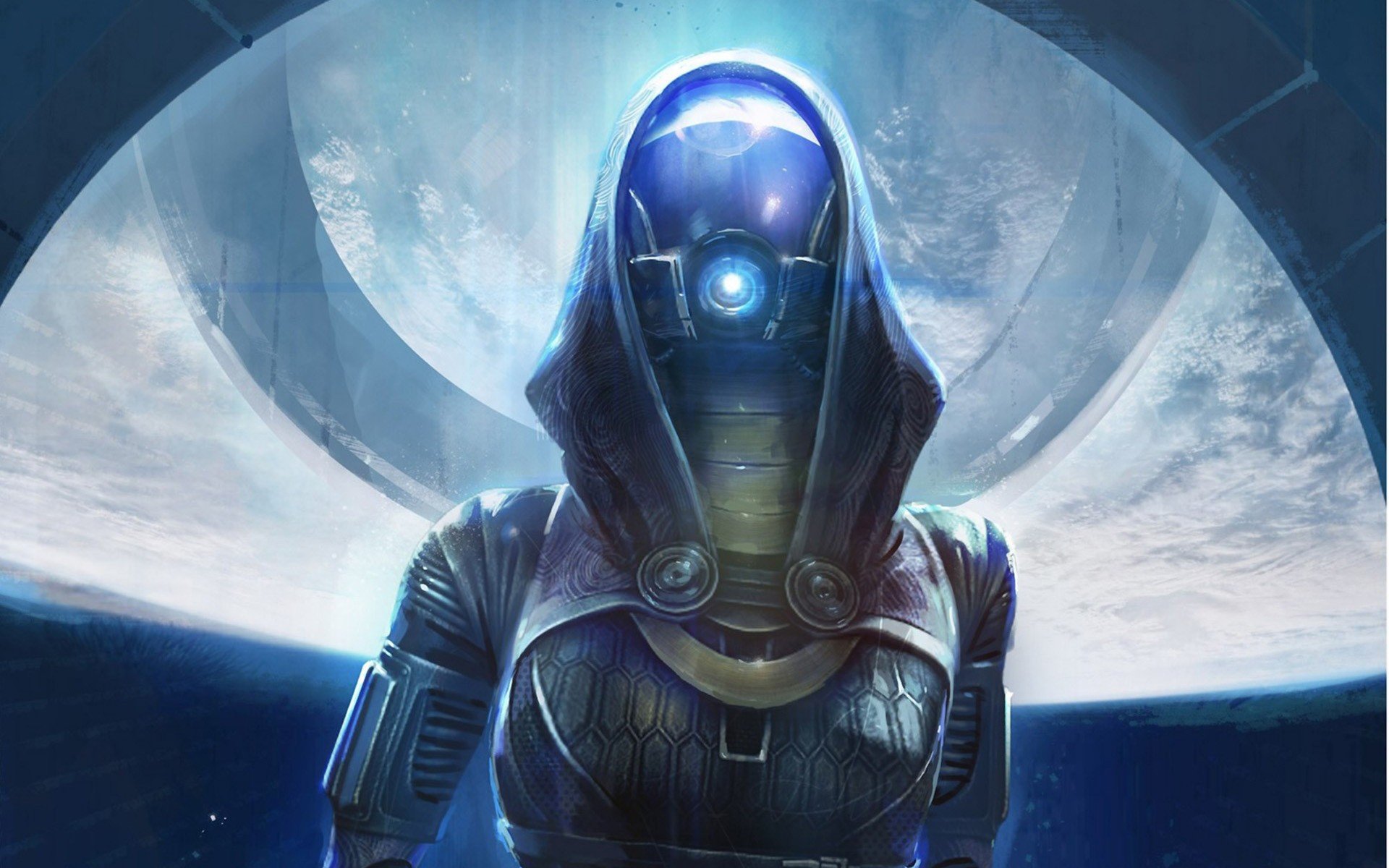 Originally I was going to go with Zelda. But Shade beat me to it, plus I wanted to talk specifically of Zelda’s incarnation in Breath of the Wild. But since the reveal of her development is tantamount to spoilers since you gradually learn about her through a questline involving your lost memories, that discussion might be best left for another day.

So instead here’s the only person who qualifies in my heart as best girl: Tali’Zorah Vas Normandy.

Ordinarily, people like to look back on the Mass Effect series with a bit of sarcasm. It was a great series of games with a few unfulfilled promises and wacky missteps. But a Bioware game is always about the enduring characters and Tali is just that. When you first meet her, she’s just a girl wandering the big city like some space Mormon, on her rite of passage to become an adult. Through the time you spend together in the first Mass Effect, you reunite with her in Mass Effect 2 after she gains her own position of leadership and squad.

In addition to her personal growth, it doesn’t hurt that she has a sexy accent, plus I’m attracted to the fashion of leaving it to the imagination. Make no mistake, her face may be completely covered but she’s wearing a skin-tight space suit and she’s essentially a space gypsy, but damn it I love her. 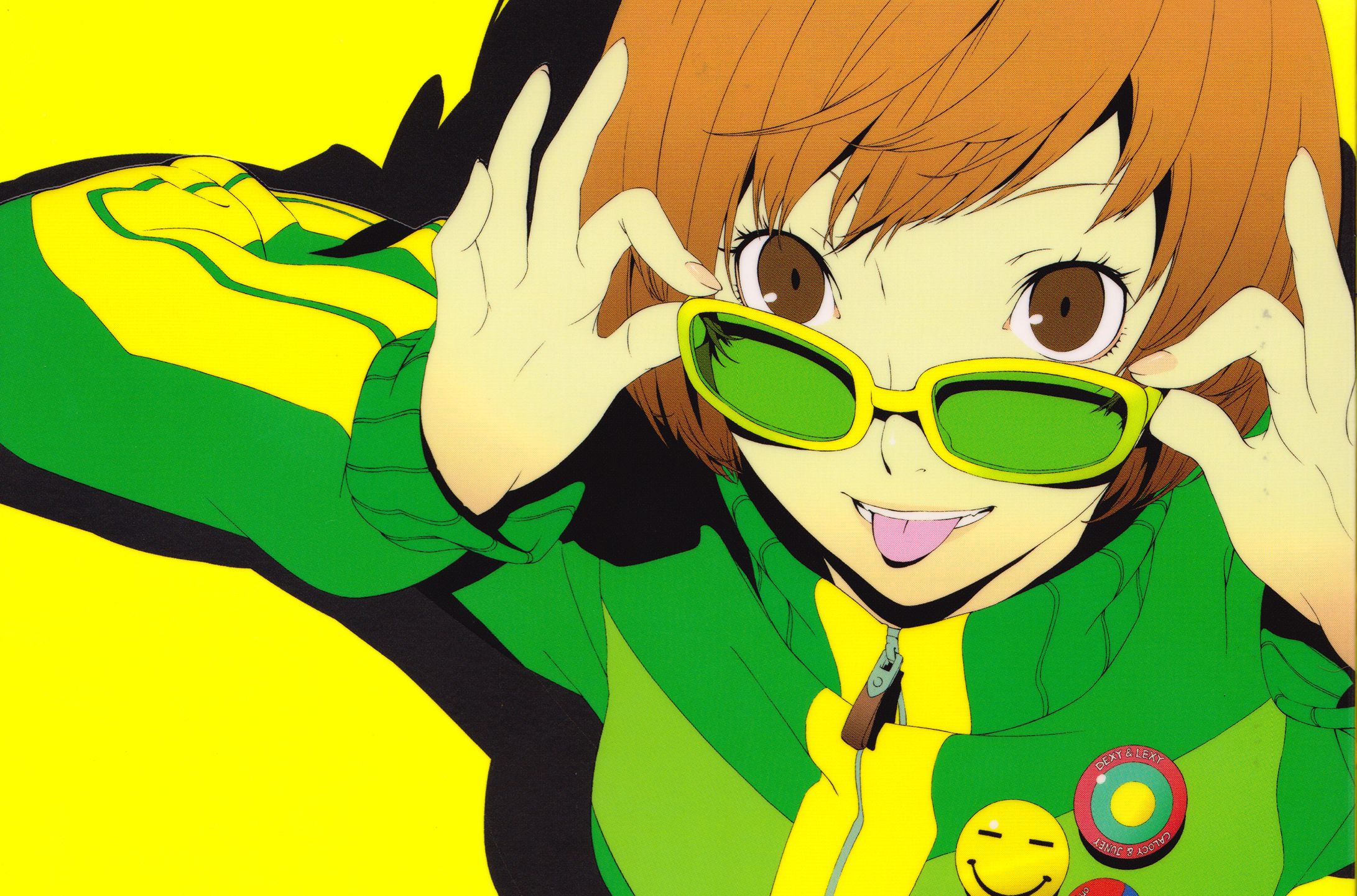 Two Persona 4 girls in one best girl list? You’d better believe it! But celebrating the high-kicking queen of Inaba isn’t just about appreciating the bubbliest anime girl-next-door ever, but also about celebrating the exceptional work done by the three voice actresses that brought her to life.

Chie’s original (English) voice came courtesy of Tracey Rooney, who broke with dubbing tradition and rendered Chie without much anime-girl squeak, resulting in a distinctly more mature, but still bubbly-sounding first impression. Subsequent releases of Persona 4, including Arena, Golden, and Dancing All Night gave the role to Erin Fitzgerald, whose take on Chie could best be described as somewhat “Velma-esque”. Her Chie was still lively and enthusiastic but kept a bit more of the martial-arts-nerd personality of the character.

Lastly, her Japanese rendition came courtesy of Yui Horie, a personal favorite of mine. A longtime veteran of the anime voice talent scene, Hocchan’s been around since the nineties, when she broke out playing lead girl Naru in Love Hina. She’s been in more anime than I can count, but game folks may know her best as Hitomi from Dead or Alive. 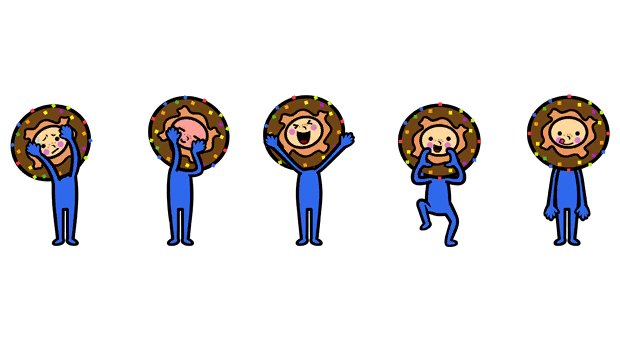 Most of my favorite video game characters are women, so it would be pretty hard for me to pick just one all-time favorite. So instead, I’ll pick a recent woman in games who I still think about pretty often, despite the fact that she has a pretty small role in the one game she appears in.

Donna from Rhythm Heaven Megamix is cute, funny, and easy to relate with. She loves donuts in the same way that a lot of us around here love video games, and she shows that love all the time, in ways big and small. For instance, she doesn’t wear regular human clothes, presumably because regular human clothes are not donuts. Instead, she wears a one piece jumpsuit that may or may not be made of donut frosting. Normally I wouldn’t make those kinds of assumptions about a person’s jumpsuit, but her suggestive headgear begs the possibility.

Also, I think she may want to fuck a donut.

What an interesting video game character! 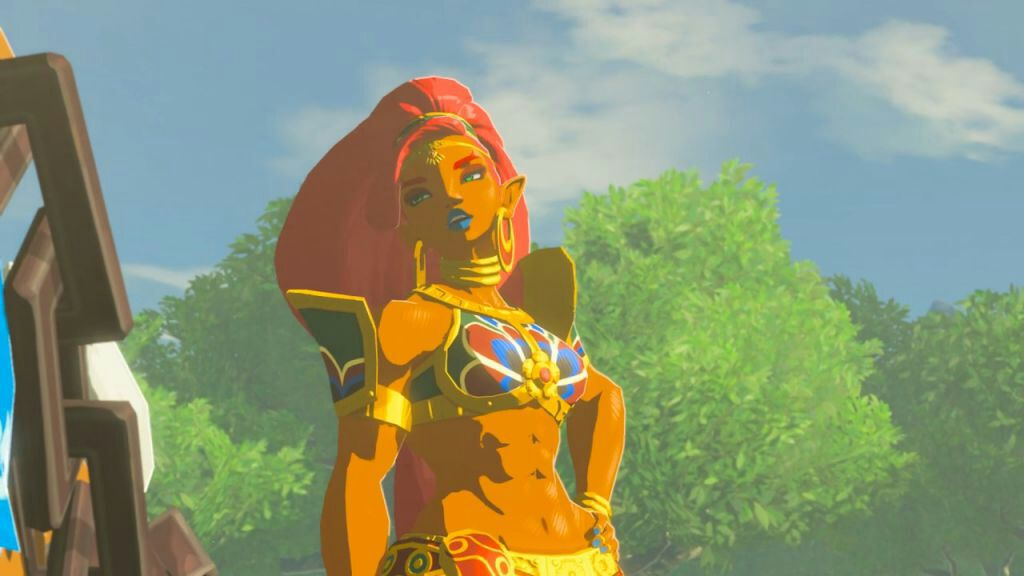 I could talk about an old favorite, but since everyone aside from Holmes is beating me to them I’m going to talk about a recent favorite instead — Lady Urbosa from The Legend of Zelda: Breath of the Wild.

I won’t say much in the way of story spoilers, but where other people were impressed by shark boys, I was awed by this awesome Gerudo warrior. She was not only known as a heroic and fearsome combatant among her people, but she has a very gentle, perceptive and wise nature about her as well. She also has a mischievous side, possibly from the fact she can command lightning.

She looks and sounds like an amazonian Mitsuru Kirijo (the true best Persona girl), but with a bigger nose and lots of muscle. I can’t blame Zelda for wanting to hang with her when Link is not around. Her presence is quite comforting.

In short, I will be marrying her.

Hot damn there are a lot of great women in gaming. Be sure to look out for a future feature about the greatest men in video gaming that will consist only of Destructoid writers talking about the various characters played by Willem Dafoe.