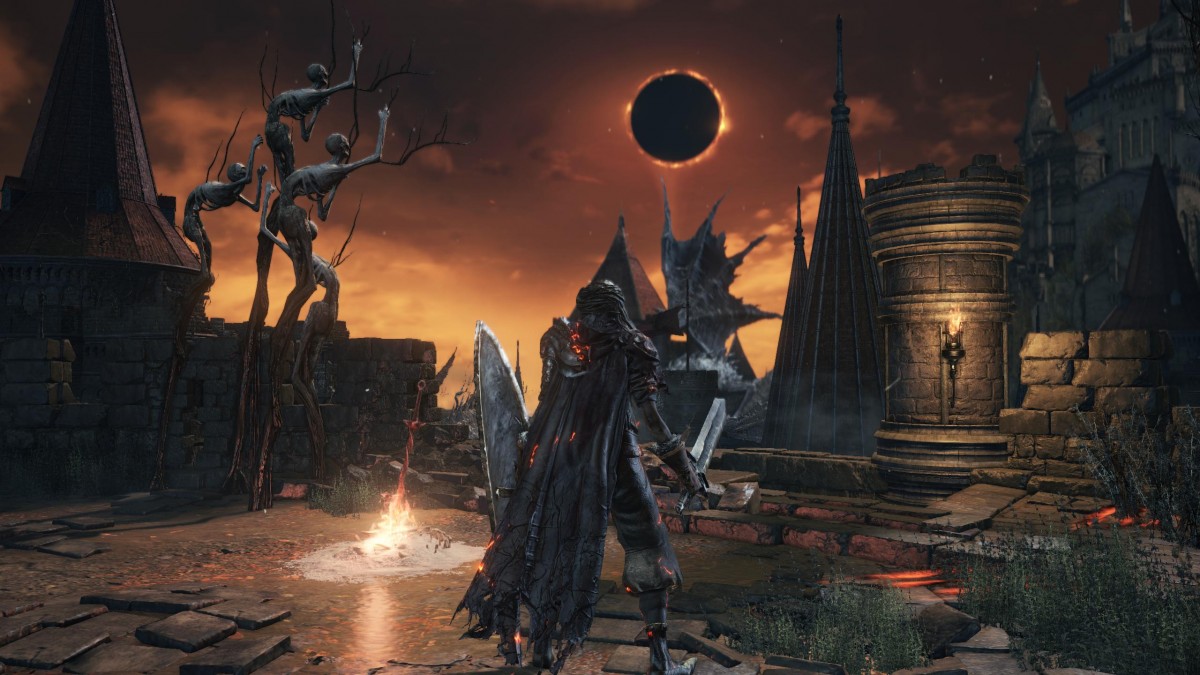 An intrepid young Dark Souls III player figured out a way to trap invading players by goading them into a deep hole with a door at the bottom that they can’t open. You can watch the evolution of the trap above in, uh, its dank video editing style.

But I want to call particular attention to the good slapstick of 6:10 into the video. First, the guy falling straight into it. The guy who so blissfully, badly fell for it.

And then at 7:10, in action video game terms, this guy’s been in the hole for a while, rightfully taunted by their captor. But maybe a chance for retribution as a fellow red shows up. Imagine being the first guy in the hole, an obscured view of fracas above, how long those seconds would have been: you either get revenge or a new friend down in the hole you can hate for also falling down in the hole, like an idiot, like you.