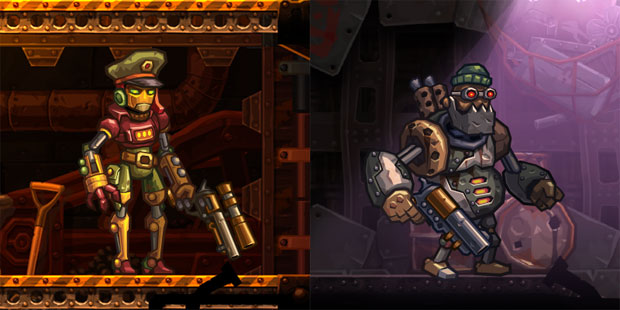 Same franchise, but not a sequel to SteamWord Dig

Image & Form isn’t following up its mining platformer SteamWorld Dig with a direct sequel, as much as that would have been a crowd-pleaser. But the studio is staying in the same universe with SteamWorld Heist, “a game about space adventures and survival.”

Although you wouldn’t know it from the trailer, this is a turn-based strategy title. The robots’ home world is in ruins, and they’ve since moved to living on steam-powered spaceships. Players will recruit their own team of bots to board other ships and bases for precious water.

It’s a shame the trailer cuts away from gameplay when it does. I’m real curious to see what the turn-based combat looks like. Platforms, pricing, and an exact release date for SteamWorld Heist haven’t been announced, but Image & Form has committed to a spring 2015 launch.