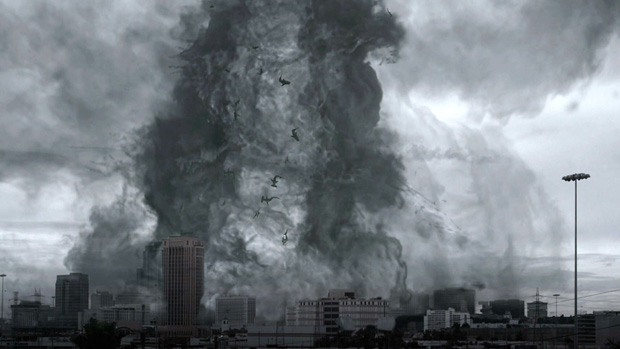 It’s for iOS, of course

Until now, I had managed to avoid hearing about Sharknado 2: The Second One. That’s debuting on Syfy on Wednesday, July 30 and just in time for the sequel, Majesco and Other Ocean will have a licensed game based on the disaster movie franchise. Sharknado: The Video Game is an endless runner for iPhone and iPad because that’s what you make when you’re on a deadline.

In the game, players will “run through the streets of Manhattan wielding a broadsword,” and ultimately “grab a chainsaw and fly into the heart of a sharknado, destroying it from the inside.”

“When Majesco approached us about making a Sharknado game, we said ‘yes’ before they’d even finished asking,” said designer Frank Cifaldi, formerly of Gamasutra. “The game we came up with is very much in the spirit of the films: ridiculous, overblown, yet oddly sincere.”

Y’know, with the right development schedule and budget, I could envision an enjoyable game based on Sharknado. Shame this one had to be an endless runner.