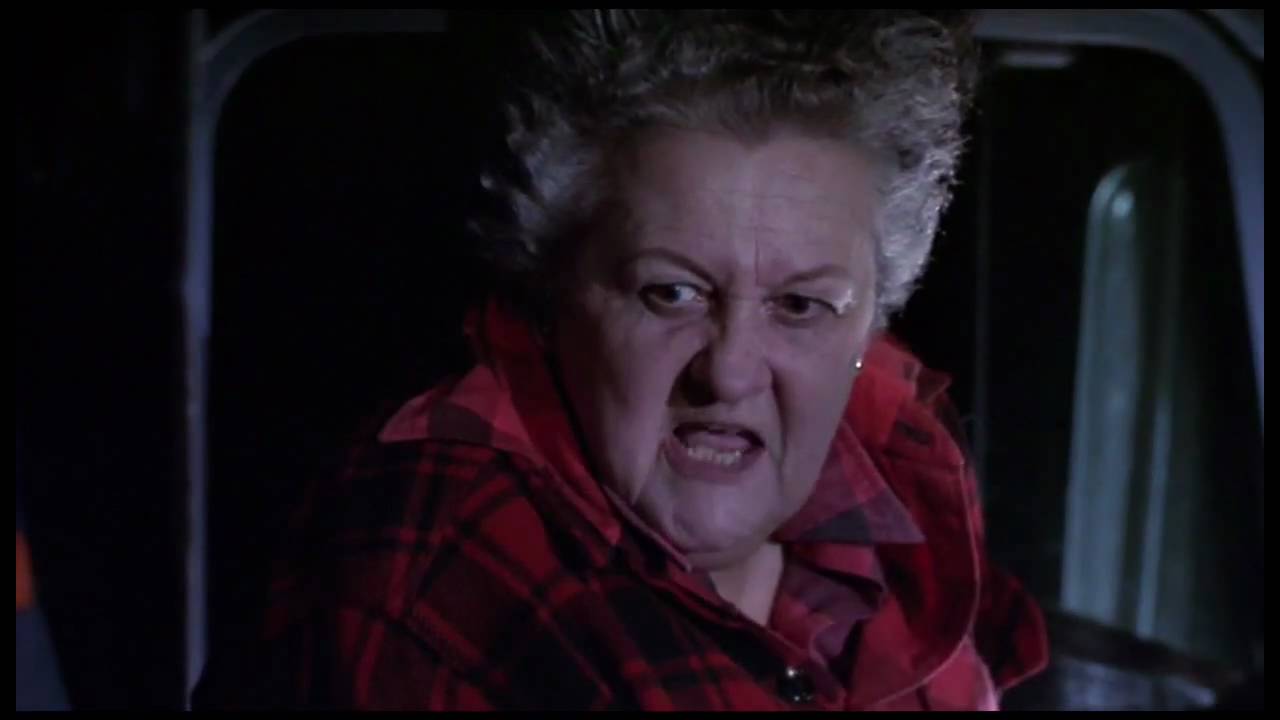 [Spieler Dad has been roaming the halls of Destructoid for years dishing out wisdom and writing sweet blogs. What a dick! He’s let it go to his head. Read in disbelief as he claims to have no fear whatsoever from playing things I wouldn’t sentence a war criminal to play as a punishment for his misdeeds. Then, make him pay in the comments below by suggesting something that will truly terrify him. Your mission, dear Dtoid Community, is to get Spieler Dad in trouble with Spieler Wife when she sees what he’s done to his pants and their couch. Happy Halloween! – Wes]

That doesn’t mean that I don’t like a good ghost story or haven’t experienced things that are inexplicable. Matter of fact, there are two instances which I experienced something sufficiently creepy.

The first occurred years ago when my wife and I were shopping for our first home. The realtor was showing us houses in our budget in towns that that my wife and I liked, and she brought us to this pretty Victorian. It was an older home, quite large, and I was surprised that it was in our budget. Of course, we all made jokes that the house was probably so cheap because it was haunted. 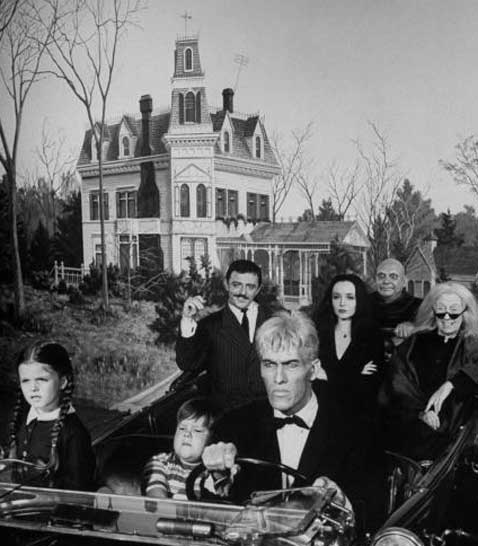 As we were doing our walk-through I just couldn’t help feeling out of breath, and I wasn’t out of shape at the time so stop calling me a fat ass under your breath. As we walked from room to room, I was filled by a feeling of lethargy and I just couldn’t fill my lungs with a satisfying breath of air. I was getting a real sense of dread in this place. The moment I walked out onto the porch, it was like a weight was lifted off my chest and I was able to breathe normally again.

I asked my wife if she felt like there was something off about the house and surprisingly she did not, which was odd because she’s easily spooked by her own shadow. Suffice it to say, we didn’t pursue purchasing that house because I prefer not be suffocated in my sleep by a vengeful spirit.

The other spooky event happened a little less than a year ago. My wife and I were once again shopping for a house.  My daughter was growing up fast and we had another baby on the way and we needed to move into something bigger and in a town with better schools. Once again, the realtor brought us to a cute older house that was easily two hundred years old, but was beautifully restored. 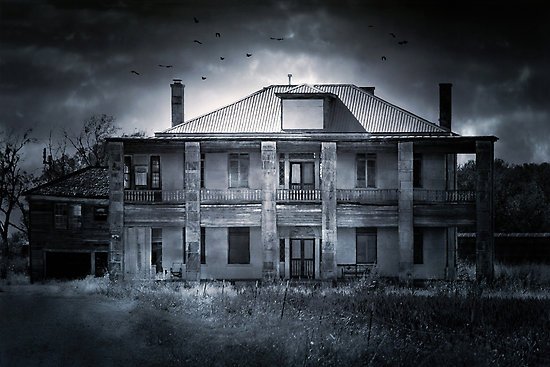 I have a theory that any house that is over a hundred years old has a very good chance that someone died in it. For every additional fifty years, those chances increase exponentially. The reason why is that back in the good ole days, when people became sick they usually became bedridden at home.

In time, the local doctor came over and probably bled you or fed you mercury in order to remove all the bad humors from your body or some other crazy shit. Then you would die of mercury poisoning or from a lack of blood and/or bad humors (WHO KNOWS?). If I died like that, I would be so pissed off that I would stick around and make other people’s lives miserable out of spite. This is all makes perfect sense to me. 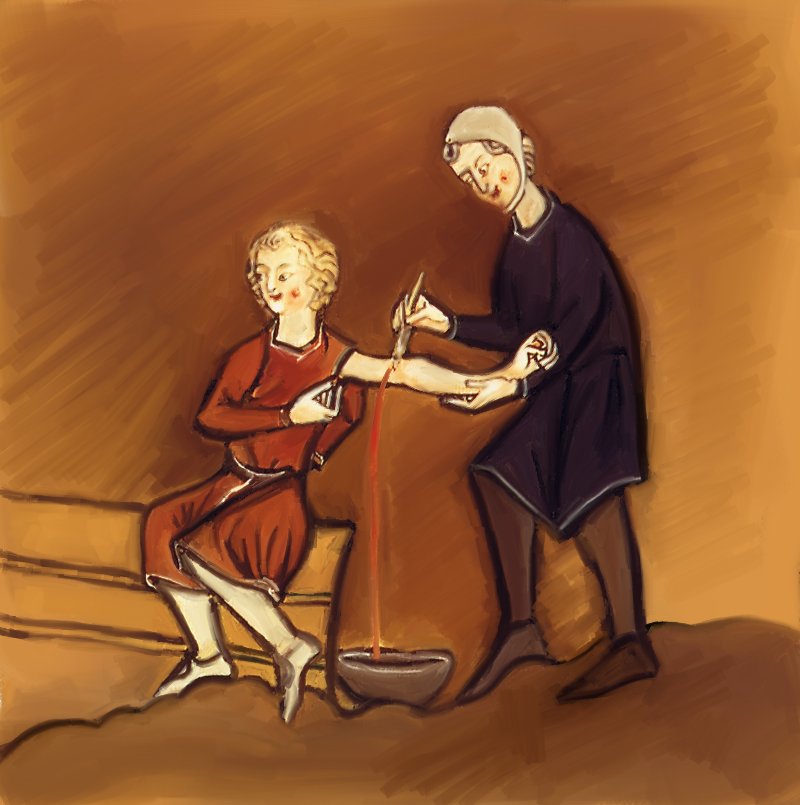 Anyway, we were doing the walkthrough in this beautiful old house and we were standing in the dining room discussing the price and about ready to leave when I clearly heard a male voice say “hello.”

I was the only man in the group, so hearing another male voice was very surprising. The hairs on my arms and the back of my neck stood on end and I got the chills. I definitively got the feeling like there was something there and it was certainly not natural. The realtor heard this disembodied voice as well and she became pale as eggshells. She looked terrified and went room to room asking if someone else was there. The house was empty of course, and she came back into the dining room where I told her that we would not be making an offer. ZIIIIIIIIIIIIIIIIIIIIIING!!!!!!!!

I look back at this and laugh now. It’s not like this “ghost” said anything scary and cliché like “GET OUT,” he just said “hello.” Maybe he was a nice ghost? According to my mother, who also believes in ghosts and has claimed to see some supernatural things herself during her childhood, the fact that the ghost made its presence known meant that he didn’t want us there.

I drive by this house every morning on my way to work and notice that a nice family lives there now. They seem happy and not too dissimilar to my own. So now I feel insulted because the ghost doesn’t seem to be bothering them. What does the ghost have against me?  Fuck that ghost. If I bought that house I would have him exorcised him, because I’m Catholic and we do shit like that. I don’t play around. There would have been liberal use of holy water, the burning of incense, incantations (IN LATIN), and the hanging of crucifixes on every damn wall. I would have used the power of Christ on his ass until he left. YOU HEAR ME MOTHERFUCKER! WHAT DO YOU HAVE AGAINST MY FAMILY!?!

So, what am I getting at here? I’ve been creeped out by unexplained things in the real world, as well as scary movies and books. There is only one thing that has eluded giving me the frights, and that is my beloved video games.

I remember Friday the 13th on the NES as the first “horror” game I played that did not live up to expectations. As a child, the original Friday the 13th was a terrifying movie. Jason (and his mother) gave me endless nightmares. I clearly remember the apprehension that I had when a friend got the game and asked if I wanted to play it. All fears were quickly squashed by the stifling game play and a curiously purple and green Jason. Sadly, the scariest thing about this game was the box art. 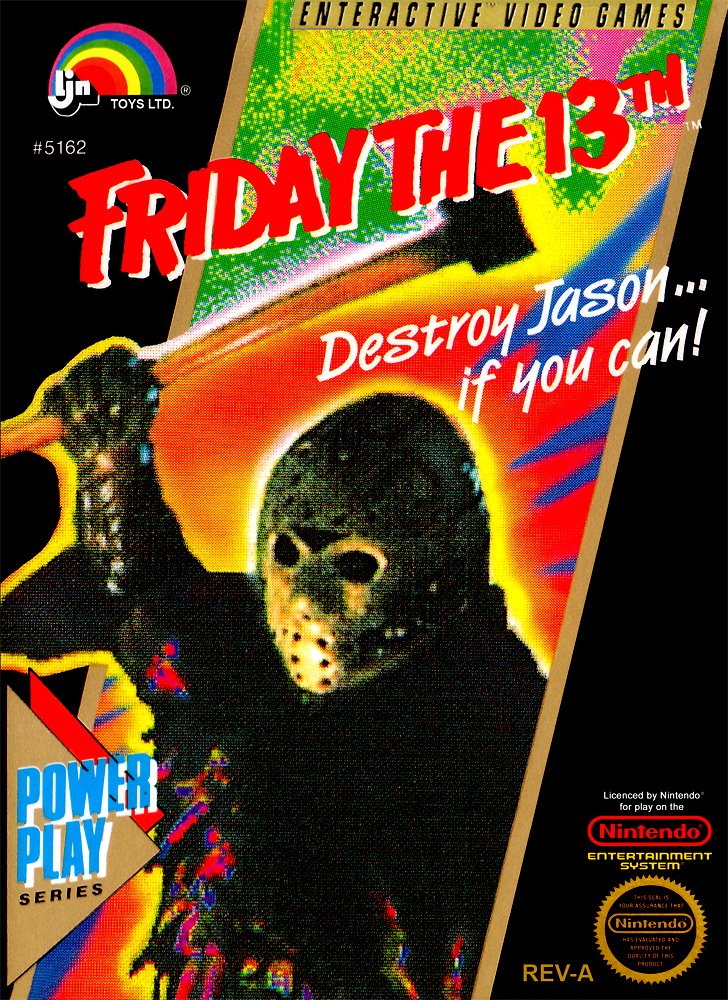 Years later, I remember getting a copy of Splatterhouse for the TurboGrafx-16. This game looked terrifying and the box even had a warning label, so it must be legit. However, upon playing this title, there was nothing truly scary about it. It was a serviceable action side-scroller that “borrowed” a lot of horror themes and had ample amounts of pixelated 16-bit gore, but I didn’t lose much sleep from this game either. 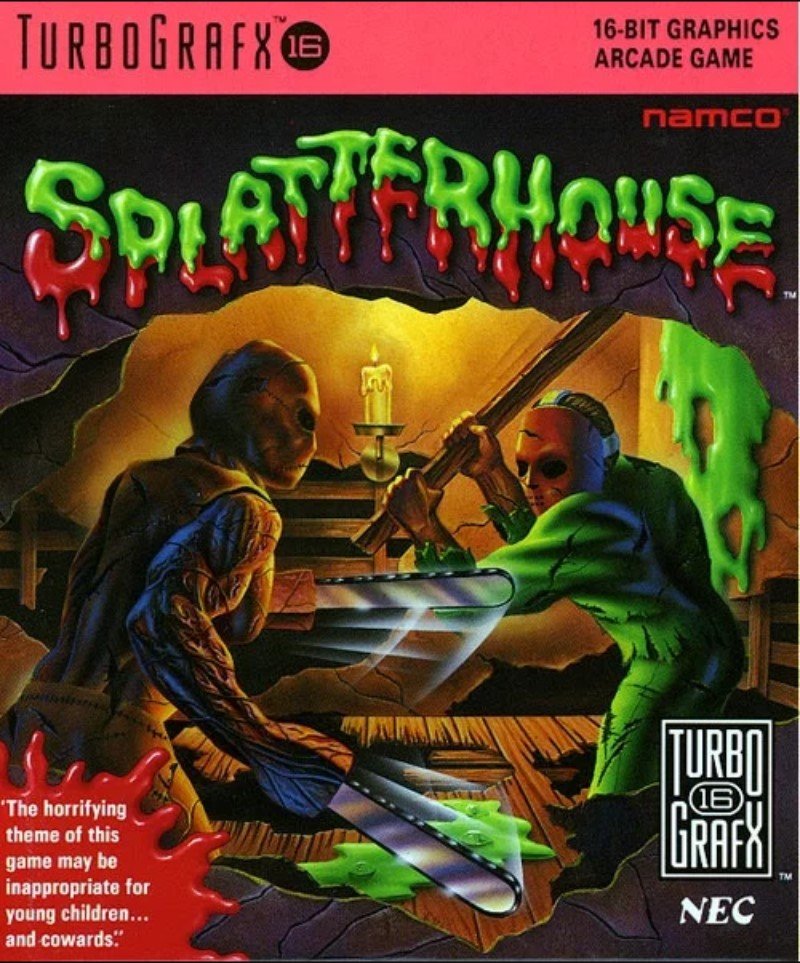 Over the years, horror games got better. Resident Evil on PS1 had a fair amount of cheap jump scares, but I never found it scary. The early versions of the Silent Hill series were unsettling, and at times bizarre, but not all that frightening. Even the Alan Wake series fell short in giving me a good scare.

Even games link Resident Evil 7: Biohazard, which many celebrated as being truly scary, I found more gruesome and tense. Not necessarily bad things for sure, but I was not at all that scared by it. I think that many game makers fall into this trap of thinking blood and guts automatically equals scary, but that is simply not the case.

Case and point, the only game that came close to giving me a true scare was P.T. (yes technically part of the Silent Hill series), and it is a teaser for all intents and purposes. This game depends more on psychological fears and the supernatural rather than gore and it works. Unfortunately, we will never know how a full-length P.T. will pan out, because Konami is more interested in running health clubs and making pachinko machines than making games anymore. 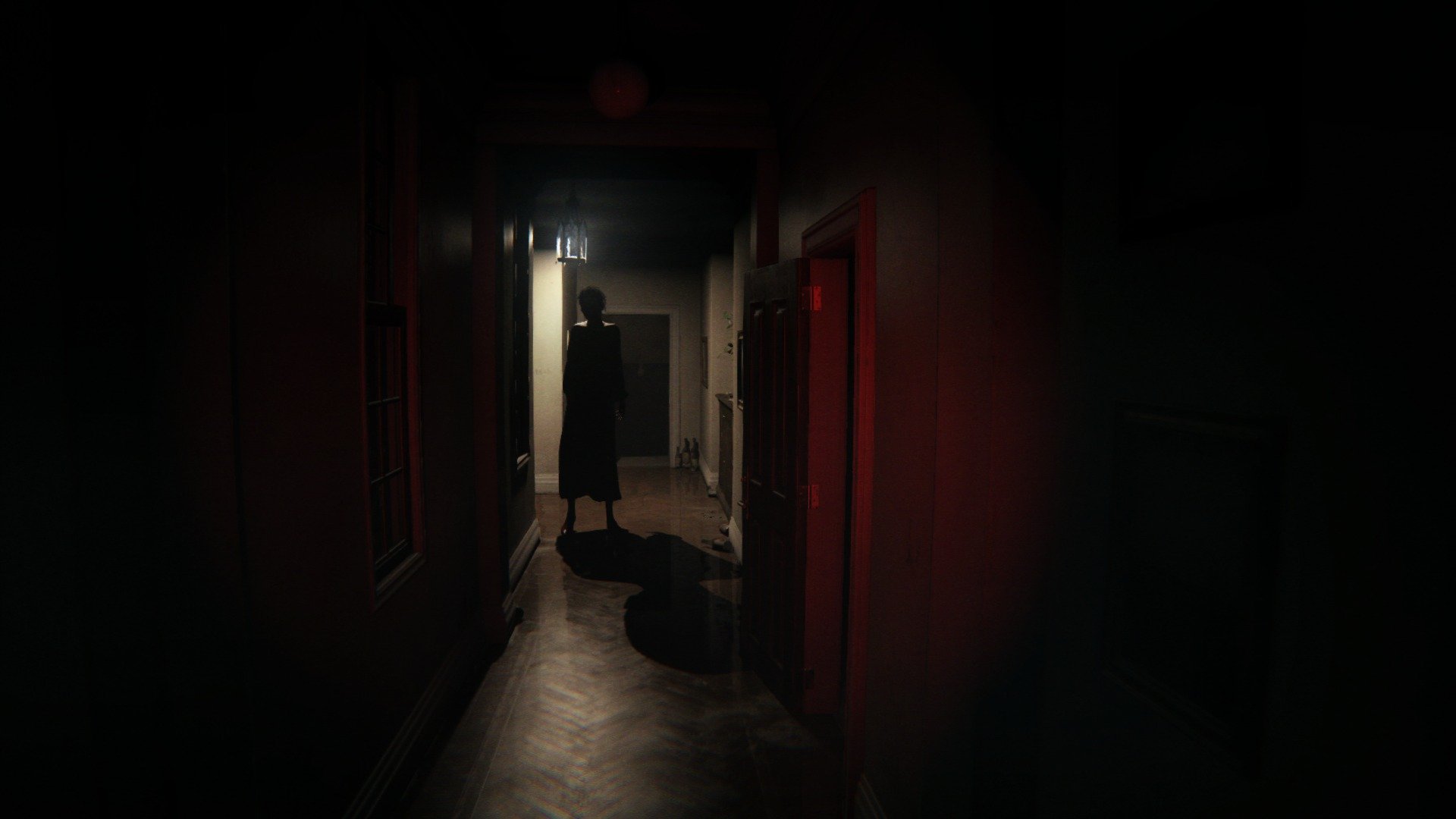 So, what is it about horror games that makes them less scary than their movie counterparts? I think it’s a couple of things.

First off, the fact that I’m in control of the character in a video game gives me some sort of comfort. This seems counter-intuitive since you are controlling the character and whatever happens to him or her is vicariously happening to you – but you have the ability to fight back, or run, or hide. In movies and in books, you are a spectator and helpless to intervene in any way. It’s that feeling of helplessness that I find scary.

Also, the gore in movies is much more unsettling than it is in games. Games are still in uncanny valley territory and seeing characters in a game getting sliced up is nowhere near as unnerving as seeing a live person acting out the same. I find that even cheesy practical effects in movies from the 70s and 80s are more gruesome than anything in a modern game. I would even argue that CG in modern horror movies, like in video games, are lacking that visceral je ne sais quoi that can only be found when actors are liberally bukakied with a mixture of corn syrup and red dye. Also, bonus points if the victim is Kevin Bacon. 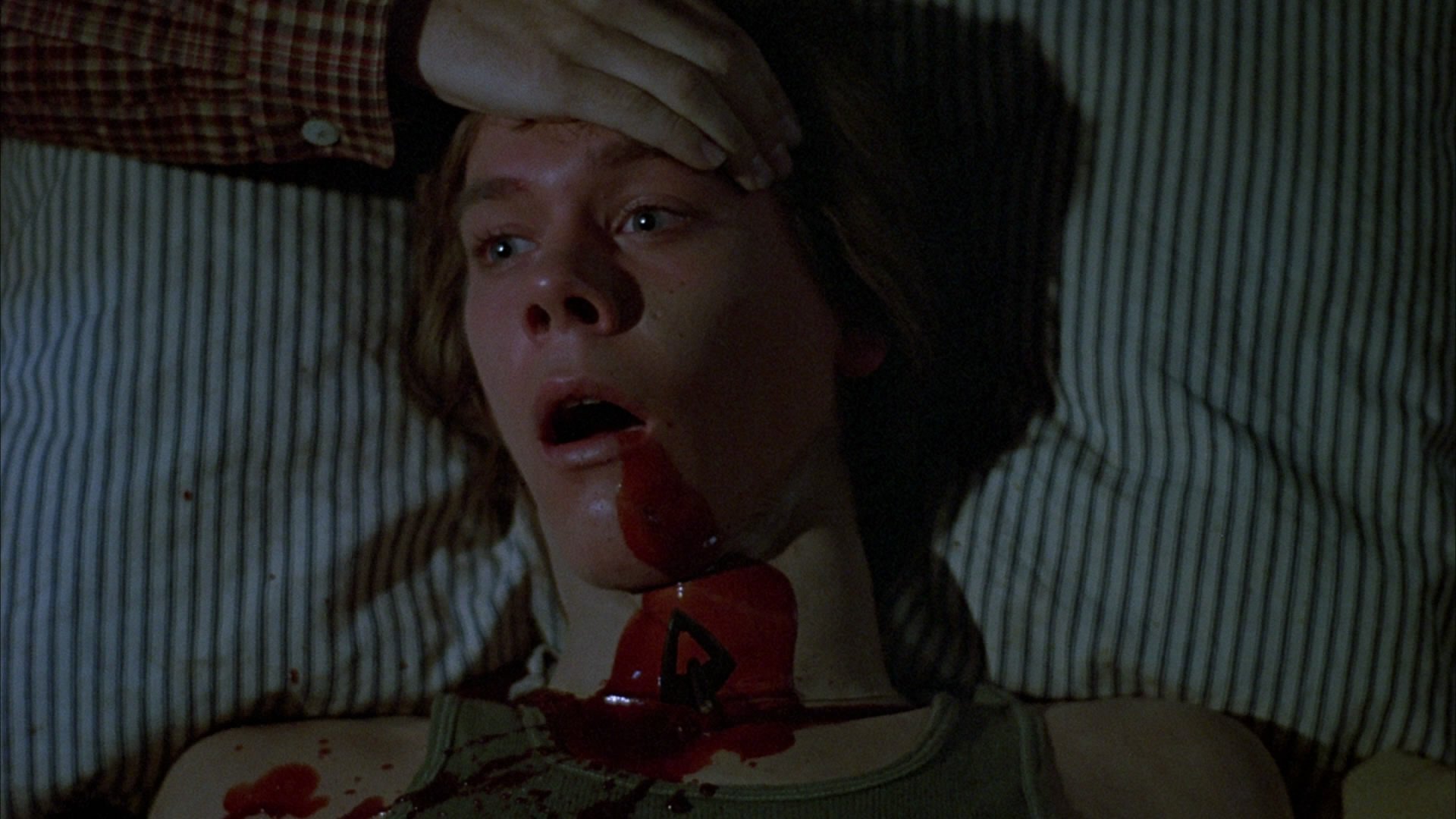 Perhaps one day a game will be released that I find truly pants-shitting scary. P.T. came close, and I would love to see Hideo Kojima give it another shot, perhaps in a new franchise. I really do think that a scary game is possible, but developers have to put in the effort and not depend on gore or easy jump scares.

Hollywood is going through the same problem right now in my opinion. It’s far easier to throw up some CG blood and guts than to delve into the true foundations of horror. “Foundations of Horror” would also make a sweet name for a heavy metal band, so any musicians out there, feel free to steal it.

Is there a game out there that you think will make me shit my pants with fear? Let me know in the comments. Happy Halloween folks…