24 players vs. each other and the AI

While E3 didn’t officially start until last Tuesday, there was plenty of video game stuff happening in and around Los Angeles the day before (and even the day before that!). Covering press conferences from Microsoft, Electronic Arts, Ubisoft, and Sony ate most of my Monday, and then it was off to see Halo 5: Guardians at, like, 9:30pm. My first appointment of the week.

On our way around a huge line of party-going hopefuls seeking food, drink, and games at Microsoft’s shindig, a macho cop berated Steven, Kenny, and I for trying to find our on-site contact and get inside. Lots of people trying to sneak in as press, it seems; we weren’t the only ones targeted. Eventually, we found our guy, made it in, and went our separate ways. Halo time.

Warzone is the main new multiplayer mode for Halo 5: Guardians. It’s two teams of twelve Spartans fighting each other, buying guns and vehicles, competing to capture bases, and engaging with AI forces, including bosses. One of those “something for everyone” deals, basically. I liked it. 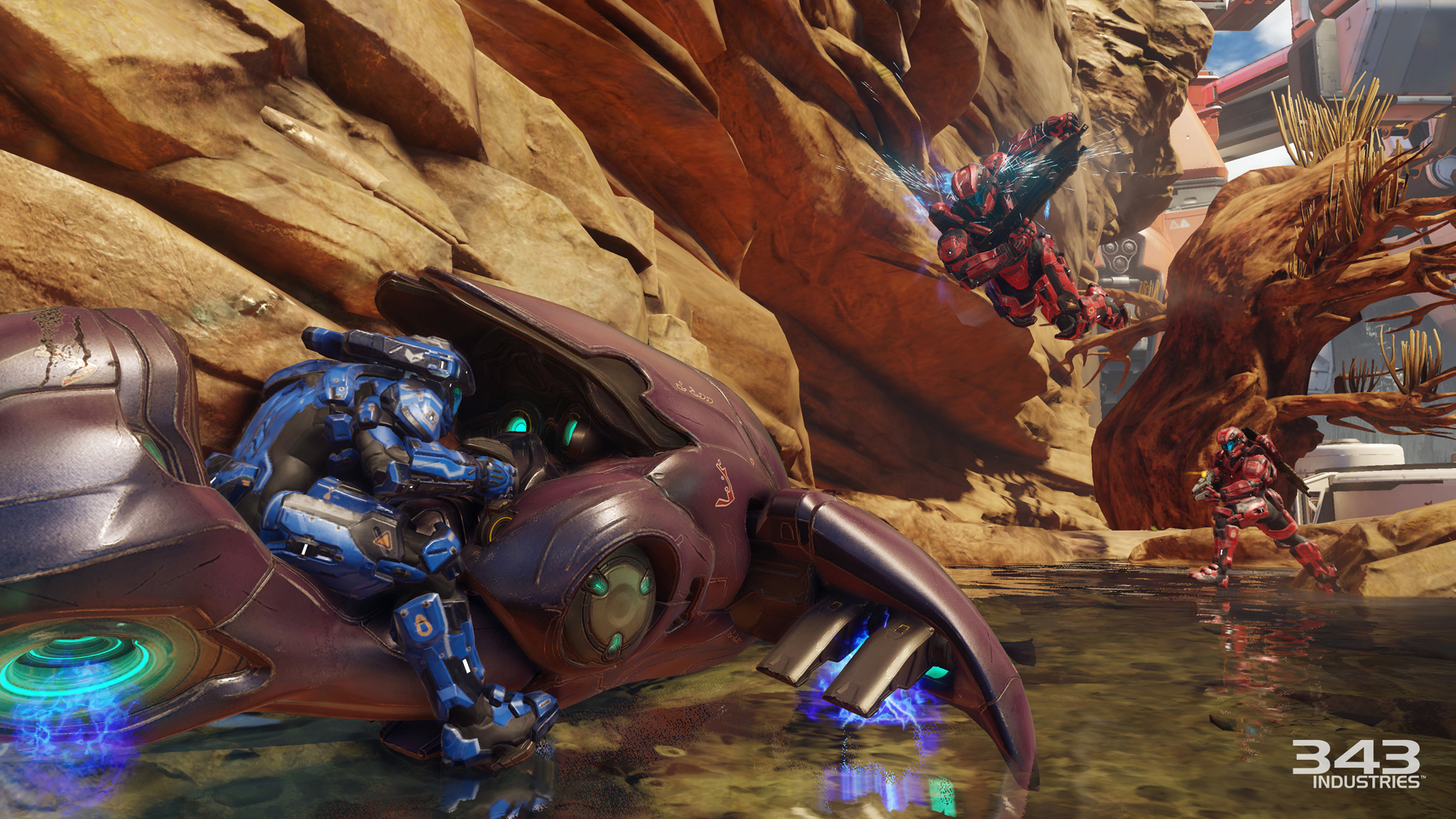 The goal is to either score 1,000 points, collectively, or take down the opposing team’s core after capturing enough points for map control. In the former case, you can be out there doing your own thing, earning points, and working toward big purchases. I saved up for the bipedal Mantis mech and stomped on some foes until hubris (and several Spartans) got the better of me.

I tried once to engage a Promethean boss alone and that went south real fast. Similarly, tackling the exposed core at the enemy’s HQ without sufficient backup is ill-advised. But whatever we did, it worked. The other team failed to get more than a couple hundred points. Had it pulled together and taken down our core while we were distracted, the match could’ve gone the other way.

I’m not so into the series these days, and I didn’t come into the session with an especially cheerful mindset. But I dug Warzone overall. The maps were big — I felt like I had to chase after battles from time to time — but I otherwise enjoyed the mode. Curious about the game’s REQ System.