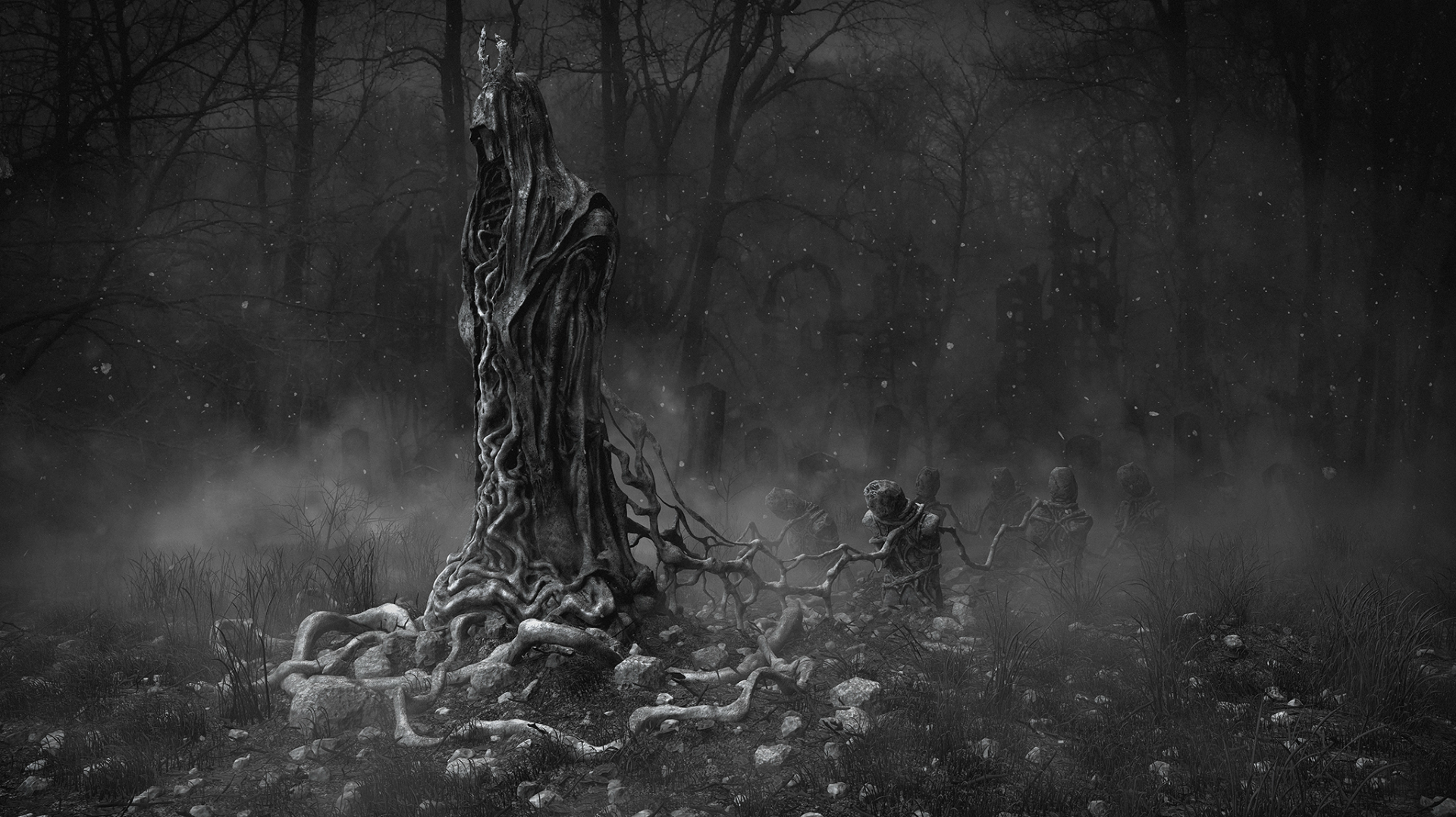 For the most part, Brett and I were allowed to be dumb Americans when we were in Poland, able to get by with only a few Polish words (‘Dziękuję’ means thank you, and I had to say it each of the thousand times I was handed vodka). From my experience, if you can find someone younger than thirty, they probably spoke English. When I went to see Telepaths Trees’ Inner Chains, this assumption finally bit me in the ass.

I appreciate the developer’s effort. As I started to play the game, he told me “Medieval…caste…Egypt?” He did his best to accommodate my lack of knowledge, so it was my fault for not knowing what the hell was going on. I told him it was alright and that I’d just try and play it and figure out what it was all about. Maybe not my best idea in hindsight!

I walked out of a tomb with what looked like a parasitic bracelet on my right hand. The world looked completely ravaged, with smoke, flame, and hellish structures as far as I could see. Walking along cliffsides, I came across what looked like bladed mechanical tree roots writhing in the earth, eager to see my insides with a quick slice. Navigating past them, I came across corpselike humans that communicated with me nonverbally. They seemed to be expecting me, ushering me forward. Turning around a corner, a monolithic structure wreathed in flame loomed in the distance, beckoning me forth. The demo ended here.

It was certainly atmospheric, and the lack of combat had me wondering if it would be more of a horror puzzler. Upon further research, I found the Inner Chains Kickstarter and have gleaned more information. It appears that later on it will become more of a shooter, using parasitic weapons that feed off of your lifeforce, such as flamethrowers, shotguns, and electroguns. There’s a small bit of gunplay in the trailer below.

Details on the plot were scarce, but this destroyed planet has seen several million years of biomechanical evolution, in which nature fought back against left-behind man-made devices and combined into a symbiotic force. The stage of human evolution at present is akin to what we know as the Medieval Dark Ages, and is full of “faith, dominance, oppression [and] manipulation” in the caste systems that make up the surviving humans. Our protagonist has been raised knowing only the ruling caste’s teachings, but is learning that there is more to the world that what they’ve been taught. He (I assume it was a man, though I could be completely wrong here!) is trying to reach a place called the Last Hope to leave this wretched planet.

Conceptually, I’m intrigued. I do hope that this dreary atmosphere-drenched world is exploration-based and not simply set dressing for another shooter. I felt most excited when I was wondering what the hell I was doing, trying to find my place in an unknown land. Placing a weapon in my hand would have made me comfortable in a way that I’m not sure I want to be. Regardless, I hope to see more from Telepaths Trees soon.