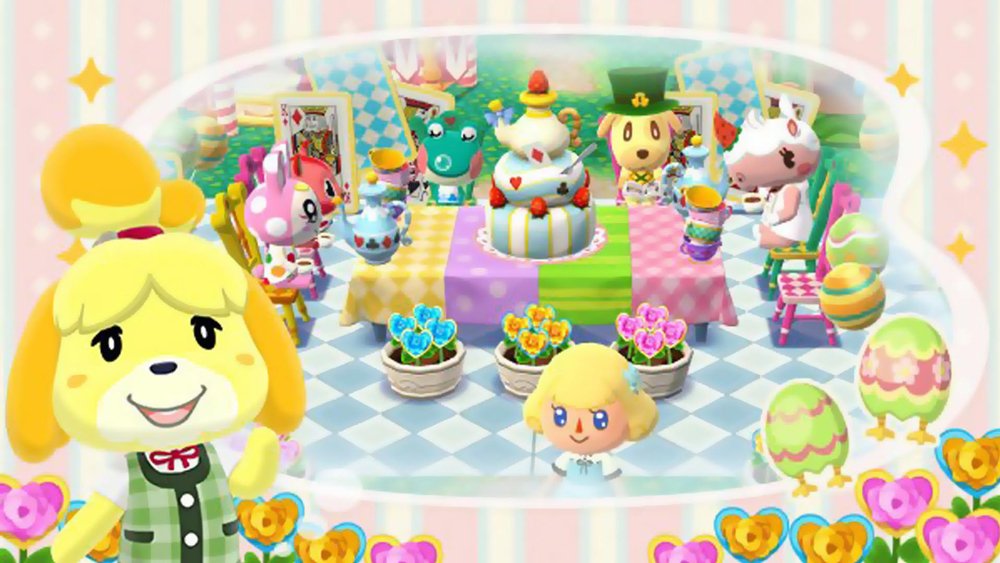 Animal Crossing on mobile seemed like a sure bet when Nintendo announced it. The title would serve as the third game in the company’s mobile pillar. The series has a massive casual fan base that can be quite obsessive about it and I thought, even as a free-to-play title, it would be easy for Nintendo to tap into that fertile vein the way it did with Fire Emblem Heroes. And yet, Animal Crossing: Pocket Camp never really took off. I enjoyed my first month with it, but as time went on and it wasn’t making the money it probably should have, things started to change.

Last year, fortune cookie loot boxes were introduced at an exorbitant price, putting them in line with the other, incredibly costly in-app purchases you can buy with Leaf Tickets. A few months ago, the game added a skip function that allows players to bypass most of the dialogue and animations that come along with completing tasks and activities. It’s a godsend for those who don’t have a lot of time to play during the day but still want to complete their goals — as well as those of us tired of being asked if we’re working out like a fiend — but it’s also a feature that eliminates part of the charm of the franchise.

Pocket Camp‘s dialogue has never been its strong suit, but there was still a certain charm about it. If that update stabbed at the heart of the Animal Crossing experience, the newest update just popped off two into the back of its head.

Pocket Camp ver. 2.1 introduces a variety of new features, including player-specific fruit and new, easier ways to tend to yours and other players’ gardens. It also gives tireless mail carrier Pete a new job with Pete’s Parcel Service. If you haven’t played Pocket Camp, the meat of the experience is finding supplies in the wild (fish, bugs, fruit, flowers, seashells) that you give to potential campground visitors upon request. The game has four locations where these animals will go and it cycles through them every three hours. Each animal has three requests per three hours and the more requests you fill, the higher their friendship level goes.

Now, the update I mentioned previously that allowed players to bypass the dialogue still forced you to go to these locations and interact with the animals. With Pete, that’s no longer a requirement. If you have the supplies, he’ll just deliver them for you and you’ll still reap the rewards. So long as you have the supplies, you can fulfill all of your orders in less than two minutes. It certainly streamlines the experience to the nth degree, but in using it, I no longer feel like I’m playing an Animal Crossing game. Now, it’s basically a series of menus I navigate, ceasing to bring me any of the joy I’ve found in every title in the series (and yes, I’m including amiibo Festival here).

The other significant feature of version 2.1 is Blathers’s Maps. These maps are little board games players unlock that offer a variety of rewards, including bells, supplies, and Leaf Tickets. Each roll of the die costs players something, either bells or something more significant like essence. These maps are dotted with spaces, some of which have a reward, and if you manage to land on the spot and the most often pitiful reward is yours.

Common maps cost a small number of supplies for each roll, but rare maps can be a bigger drain on players. Some give you access to animals you haven’t met yet in exchange for essence required for constructing the amenities that allow you to level up your friendship with the animals. A single roll of the die on a Leaf Ticket map costs 30,000 bells and one go-around on this rare map can absolutely drain a player’s savings.

With the maps and all the other additions that have been made over the past year, there is easily more to do in Pocket Camp than ever before. But each new addition has me scratching my head, trying to figure out what this game is trying to be. Because it’s certainly not Animal Crossing on my phone. It hasn’t been that for a while. And it’s certainly not something that rewards players for grinding it out. The best loot is tied to the fortune cookie loot boxes and the supply-draining nature of Blathers’s Maps actually make that grind all the more drawn-out.

The obvious answer is all of these changes are focused on pushing players to spend money on Leaf Tickets. That’s how Nintendo makes any money off this game. But the Leaf Ticket economy in Pocket Camp has been broken from the start, and no update has done anything to fix the incredibly poor pricing plans the game has to offer. Take the campground scenery for instance. Let’s say I want to trap my camp in an eternal polar vortex with snow falling, iced over trees, and frozen ground — and I do want to do that. I would have to spend 850 Leaf Tickets to do so. That would take months of grinding to save up, forgoing any of the other incentives the game introduces to get me to part with what I earn, or I could spend nearly $34 on Leaf Tickets. That’s half the price of what Animal Crossing Switch will cost, just for scenery.

There’s a whimsical charm every time I boot up Pocket Camp on my morning commute. Seeing the animals skating on my ice rink, hanging out in my igloo, or meditating on my Japanese pillows is a pleasant way to start each day. But that feeling of joy quickly subsides when I start to actually start to play and realize there’s very little gameplay left. It’s all been simplified into a busy interface that evaporates the mirage I’ve built up any sort of community of camp-goers over the past year or so. Without that feeling of connection to the characters and other players, all I’m left with is a constant reminder that, like in real life, hard work can only get you so far and the real rewards go to those who have the most money.