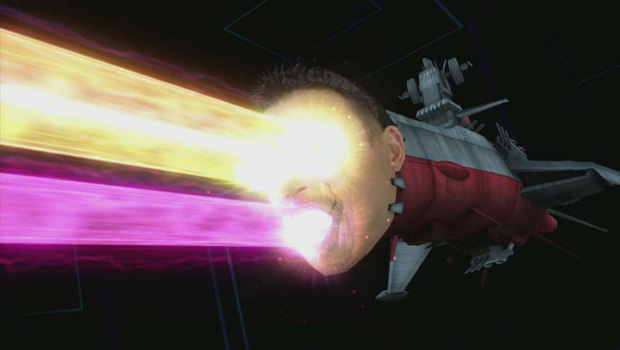 Inafune is a giant spaceship in Hyperdimension Neptunia Victory

Hyperdimension Neptunia Victory, the second sequel to the admittedly bland RPG about anthropomorphic videogame consoles fighting a literal console war, is still on track for a PS3 release in the US on March 12, 2013. Despite the poor reception of its predecessors, you might want to consider giving Victory a shot.

Why? Because there is a giant spaceship — specifically the Space Battleship Yamato — with former Capcom magic man Keiji Inafune’s face grafted on the front. And the face fires lasers.

I repeat: A giant spaceship with Keiji Inafune’s face that fires laser.