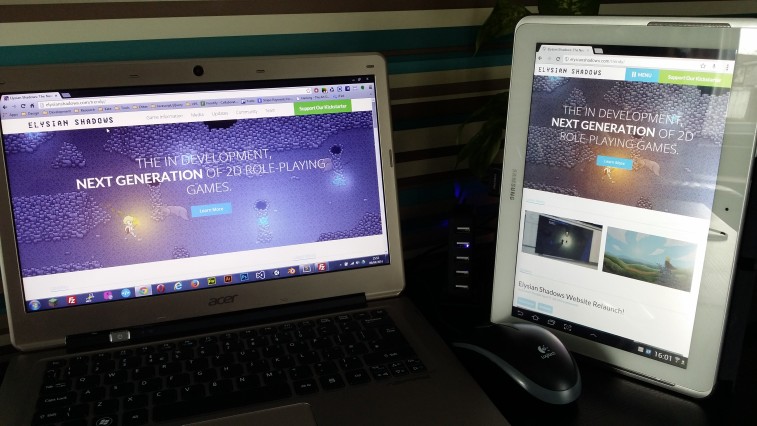 I recently started watching Adventures in Game Development cold turkey. Falco Girigs, lead engine developer of the Elysian Shadows project, had just told me about his upcoming indie, next-gen 2D RPG for current computers and mobile (and Dreamcast!). He also pointed me to his popular YouTube reality series that follows the development of this game, called Adventures in Game Development.

But this stuff is really fascinating for an RPG fan like myself. It’s silly sometimes, but never not entertaining, and often pretty educational.

The comments section of their videos on YouTube are just as fascinating. Instead of the random racist insults and other hate you’d usually see, you see other creators and gamers talking about development, giving coding tips, or sharing actual usable feedback. What? Yes.

There’s a social following for a game that’s not even close to being done yet. I think that’s great. I also think their web series is great, and that it will probably help them out when they launch their Kickstarter this summer.