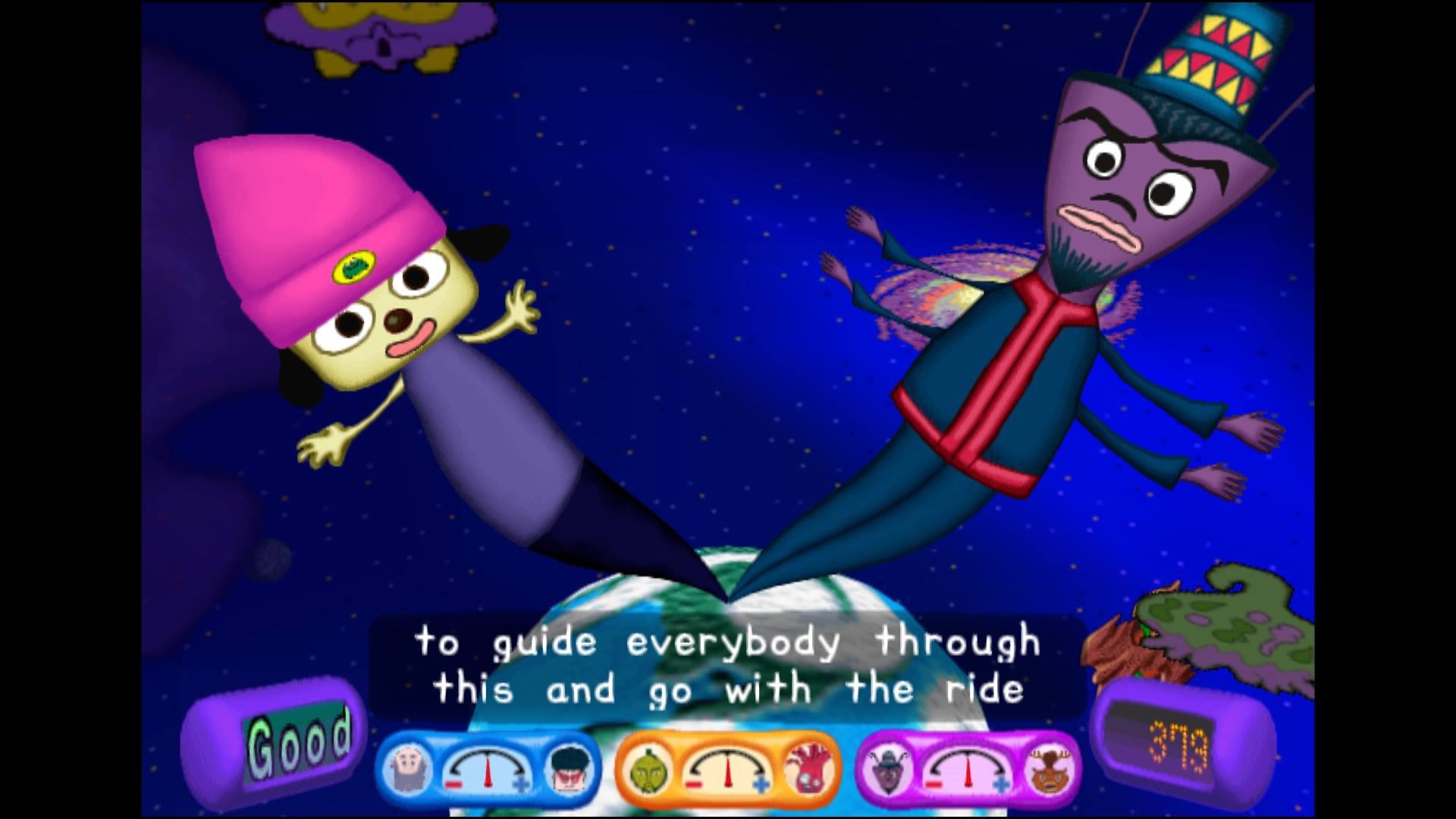 What a delightful experience

PaRappa the Rapper 2 holds up so well!

As you might have seen, the PlayStation 2 rhythm game became available this week on PS4. It’s a classic tale about a rapping dog with a lifetime supply of noodles who really just wants a good burger, dang it all. During his adventure, he’ll learn romantic karate, join the military, and even try his hand at hairdressing. It’s a reminder of how joyful and experimental the early PlayStation days were.

This was both my first time playing PaRappa 2 (I liked the original!) and my first time trying a PS2 game emulated on PS4. For the price ($7.49 with PS Plus; $9.99 without), I’m quite pleased. Trophies are a nice bonus, of course, but noticeably crisper visuals are even nicer.

Unsurprisingly, you can’t turn off the black borders (not that I would, anyway). There’s a high-res digital manual included, though, and you can use system-wide features like gameplay capturing, Shareplay with a PSN friend, and, if you’re feeling bold, Remote Play.

I can’t speak to the PAL version of the re-release, but based on some frame rate weirdness with other emulated PS2 games, there may also be problems here. If so, that could be a real deal-breaker. I didn’t perceive latency issues with the US version of PaRappa 2, at least.

Between the short length (there are only eight stages) and lightheartedness, this was a wonderful break from all of the overwhelming open-world RPGs occupying my evenings. It was also a confirmation that, crap, I’m going to end up buying way too many of these old games.