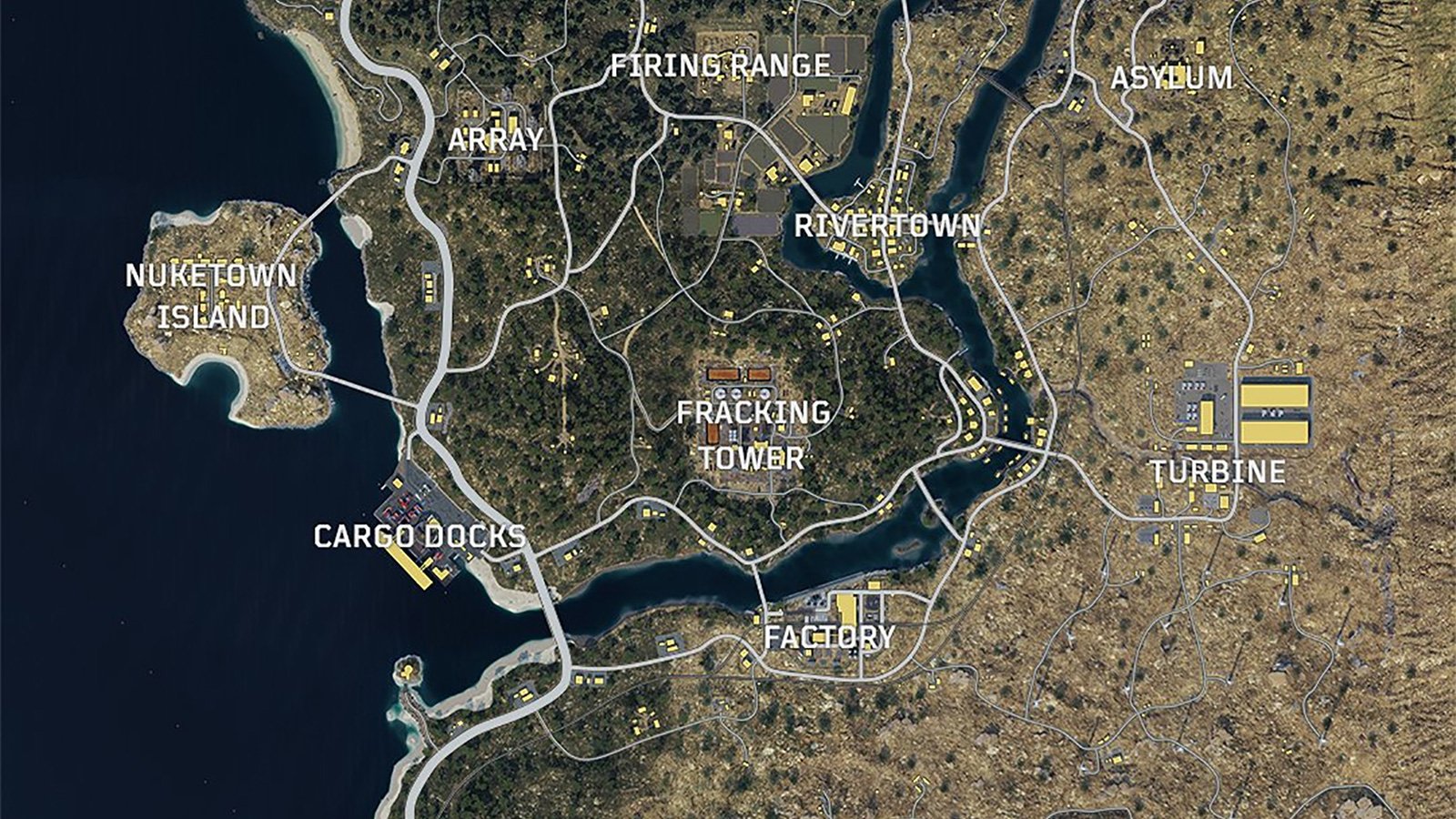 Every chance I get

My favorite part of any battle royale is figuring out the locales when you’re first getting started. You’re still bright-eyed and hopeful about your odds because you simply don’t know any better yet.

“Military Base? Sounds interesting! I’ll swing by right after poking my head in the Prison and making a pit stop in Pochinki!” It takes time to form a mental note of all the hotspots where dreams go to die. Before you lock in a tried-and-true game plan, there’s room to improvise and experiment.

I look forward to going through this process with Battlefield V and Call of Duty: Black Ops 4, both of which are testing the waters with new-to-the-series battle royale modes. The latter game’s mode, Blackout, is going to pit 80 players against each other. It also has zombies because sure, why not? These and other details are now surfacing ahead of this month’s beta, and here’s one more: the map.

Where are you dropping first?

This is Blackout, featuring the largest map in Call of Duty history. Pre-order #BlackOps4 and get access to the Blackout Beta, playable September 10 on PS4: https://t.co/XFvGMDwF3M pic.twitter.com/RAxzzDxjPO

I’ll be severely disappointed if Nuketown Island doesn’t become the place to be in Blackout.