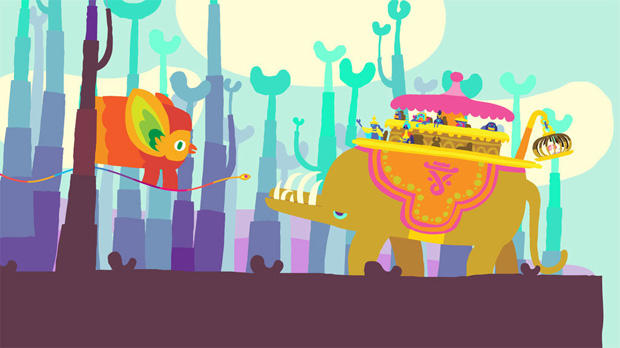 Hohokum isn’t an easily described game. It’s one of those cases where it’s not until you try it for yourself that you fully grasp the appeal, which can be a tough sell. Yeah, the whimsical art direction is terrific, but the way the game feels is pretty great, too! The people who are into it seem to really dig it, but I worry there’s just not enough awareness.

With a Cross-Buy launch on PS3, PS4, and PS Vita, hopefully it’ll find its place with those latter two systems especially, which are in need of more games and more non-ports, respectively.

As you may have heard, Hohokum is a part of this year’s PlayStation Store PLAY program, which means PlayStation Plus members can save 20 percent by pre-ordering the game, but there’s more: pre-orders also include a static PS3 theme and an exclusive Hohokum DLC pack for Sound Shapes. Anyway, it’s out on August 12. Hope you play it and dig.