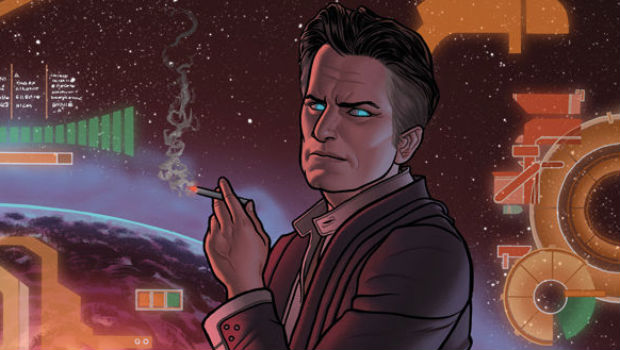 Written by Mac Walters, the lead writer on Mass Effect 2 and the upcoming Mass Effect 3, the series will reveal the origins of the mysterious Illusive Man. The books will be co-written by Jackson Miller (Star Wars: Knights of the Old Republic), with art by Omar Francia (Star Wars: The Force Unleashed 2).

Evolution will be available at comic shops, as you’d expect, but will also be available direct through the Dark Horse Digital Comics program or through iTunes. This means you don’t have to leave the house, you lazy ass.

For a full seven-page preview, head over to BioWare’s official blog.