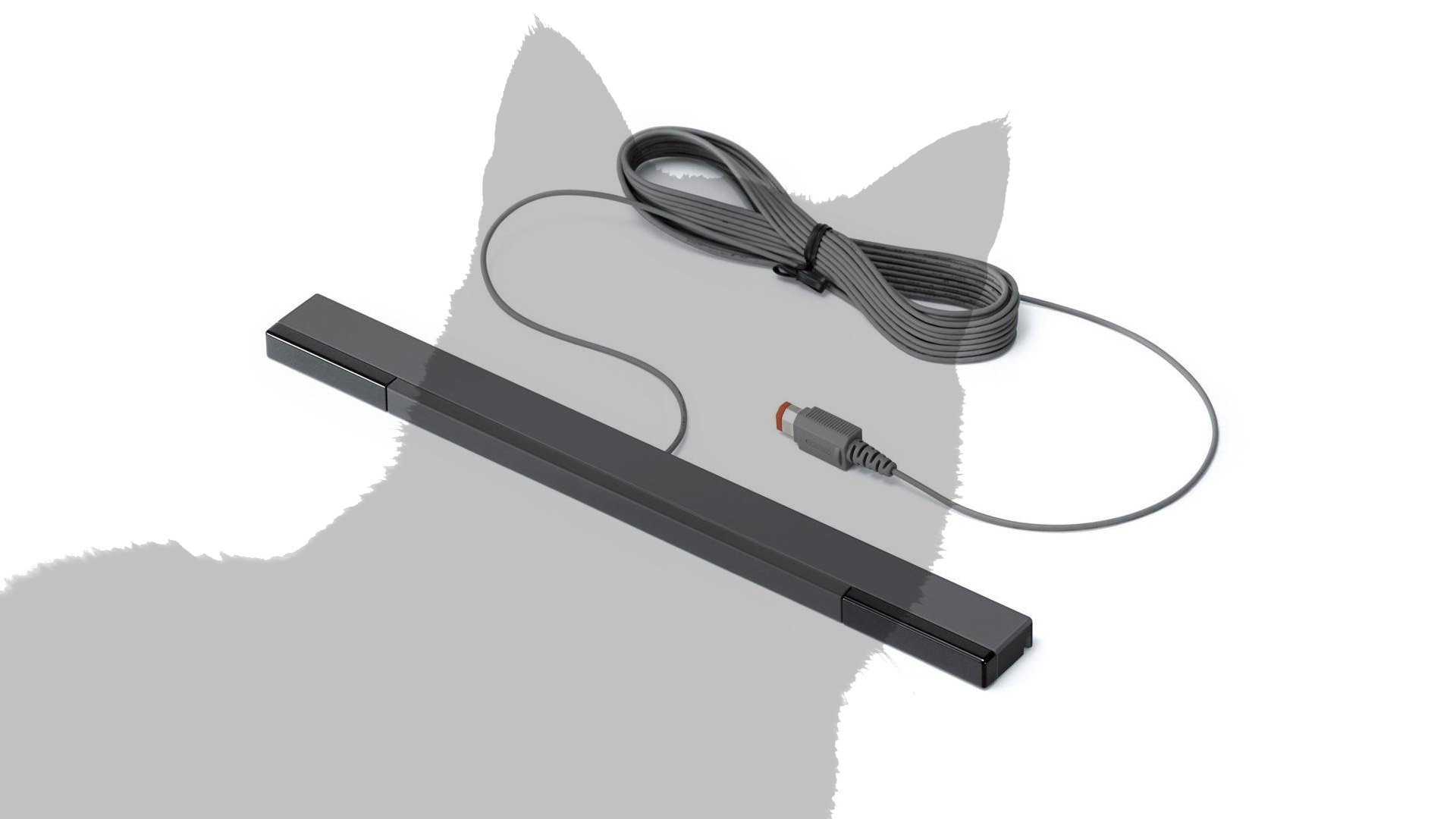 So I hope Nintendo never stops making them

Not to self: the next time you want to break out Wii Sports for an afternoon-long holiday tournament, remember to dig through the box and confirm there’s a real, working, non-chewed-up Sensor Bar.

It happened again, dang it all. I’m now on my fourth, fifth – maybe even sixth? – Wii Sensor Bar. Truthfully, I could tally up receipts in my email for the actual total, but I sure don’t want to know it.

It’s never fun to hype yourself up about an old video game system only to drag it out of storage and realize something’s broken or missing. It’s extra unfun to come up with a quick backup plan – “Hey, wait, the Wii U should have its own Sensor Bar. We can just use that!” – only to be foiled again.

The cat destroyed that cord too. Past-me must’ve been so resigned that he just gave up.

It’s as if the designers at Nintendo set out to devise the most alluring cat toy ever created, and the madmen pulled it off beyond their wildest hopes. They should sell these things in boutique pet stores.

We weren’t able to play Wii Sports bowling on Christmas as we hoped, but next time will be different. Next time, I’ll be one step ahead. I didn’t just order a replacement Sensor Bar – I got two.

Filed under... #cats#Things gamers do