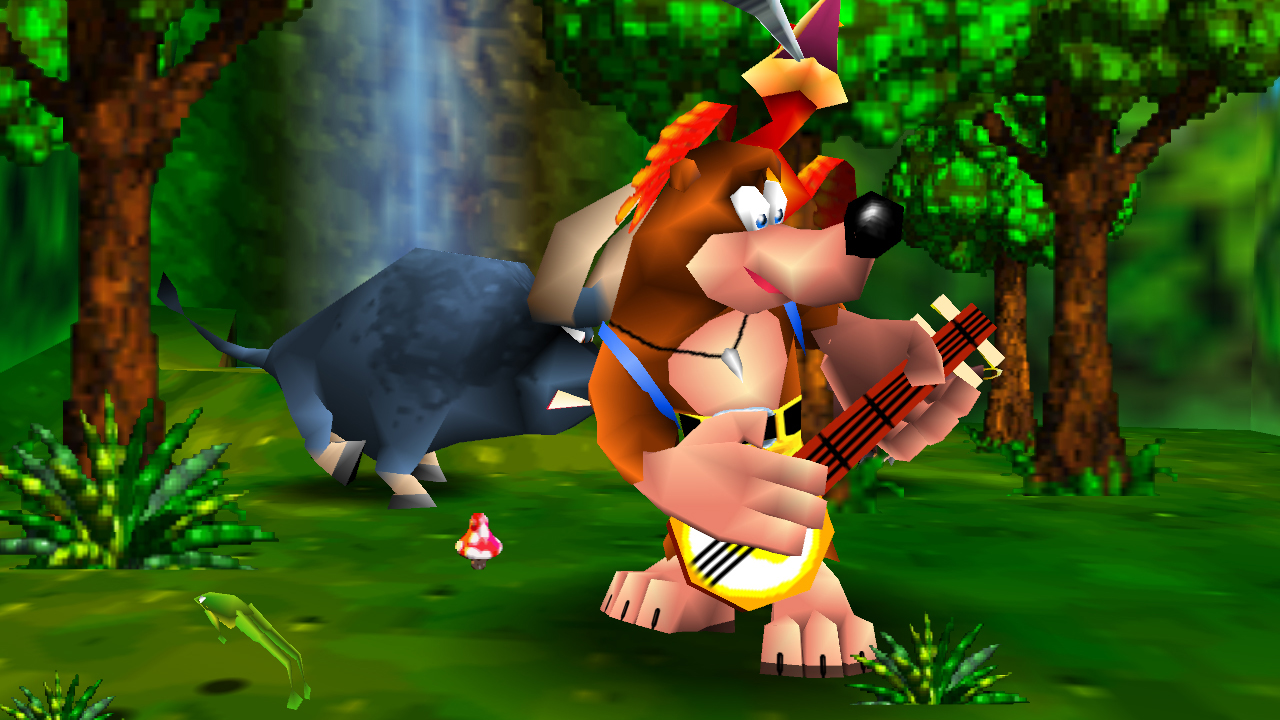 Stories from the making of Banjo-Kazooie

Rare is still making videos recounting what it was like behind the scenes on Banjo-Kazooie, and I’m still fascinated. Today, it’s five (more) things we probably didn’t know.

As discussed in the video, the game’s musical intro was originally going to employ motion capture, but the team later decided to hand-animate the characters playing their instruments instead. There is at least one major holdover, however: Banjo’s “little hip shimmy.” The footage is illuminating.

Now that it has been pointed out, I can’t not see it. So… lively!

Another tidbit: Nintendo kept hearing “Thaaaank yoooou,” a line spoken by a gravestone in Mad Monster Mansion, as something far more explicit. Composer Grant Kirkhope recalls having to re-record the voice-over a bunch of times until the publisher was happy. “They wouldn’t believe me!”