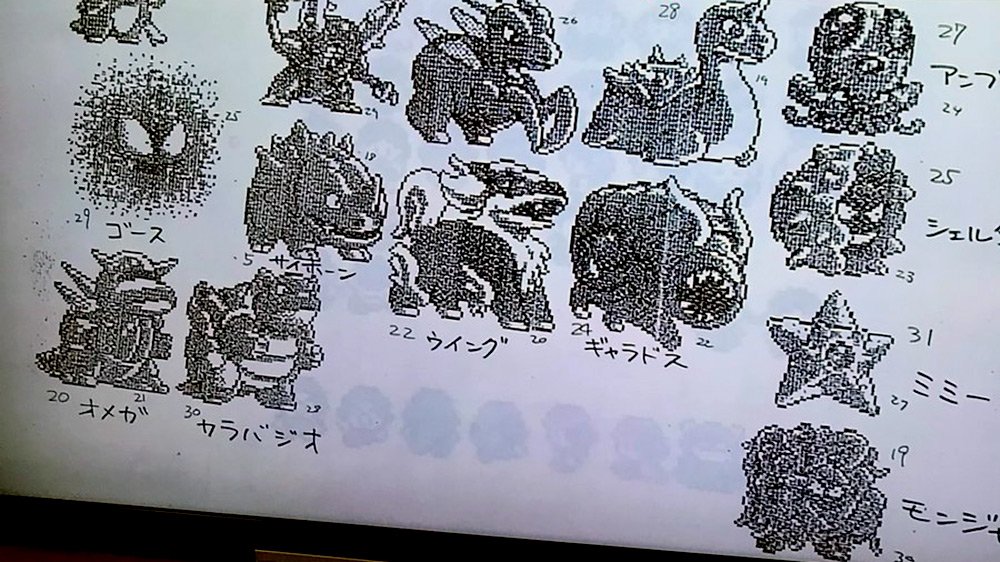 The Pokémon series has a not-so-hidden treasure trove of unfinished and unused designs. If you’re ever looking to kill a rainy day with a fascinating internet rabbit hole, I’d start off with the Pokémon Gold and Silver prototypes that made the rounds earlier this year and continue your descent from there.

Another batch of early Pokémon designs has surfaced, this time originating from an NHK broadcast. As captured by Twitter user okp108, there’s a classic trainer illustration, a strange-looking Poké Ball, and a group photo of some not-quite-right Gen 1 creatures including Scyther, Arcanine, and Gyarados.

Every time I see this stuff, my imagination fires up. It’s fun to try and mentally walk through the steps that would’ve turned early designs like these into the final versions we know so well today.

Looking over this group, one oddball monster in particular caught my eye:

I didn’t know how much I needed surly Tangela in my life.