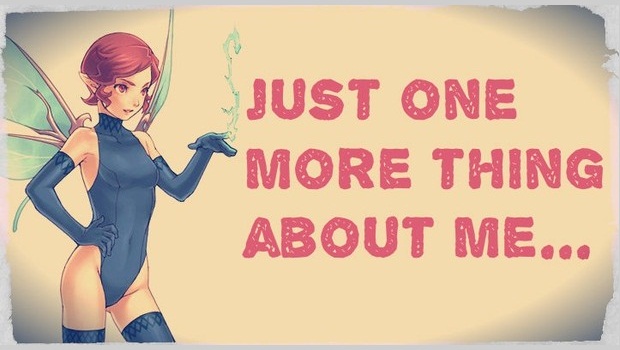 [Dtoid community blogger Pixielated shares an introductory blog with the community and examines how some positive gender representations in gaming can help people better understand their own identity. Want to see your own words appear on the front page? Go write something! –Mr Andy Dixon]

I think before I proceed further with blogging there’s one additional detail about myself that I should reveal. I guess you could say I wanted to make sure this gaming blog was about gaming first and let you guys into my head for a bit before dropping heavier stuff on you. Additionally, my comments reveal I’m more than a bit LGBT positive.

In my first introduction post I alluded to being born “under a rainbow”; what I didn’t say about being a part of the LGBT community was that I can claim two parts of that acronym rather than one. I think it’s only fair that if I continue on with blogging and talking about gaming and — at times — sex, sexuality and gender as it pertains to gaming, that I address the fact that I’m transgender as well. 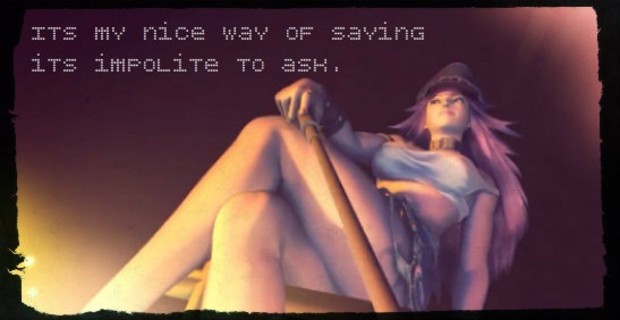 It’s a complicated explanation as to how I came to realize this for myself, but suffice to say I knew very young that this was part of who I was. As for the “op” status, it depends on if I’m in America or Japan per Yoshinori Ono.

Growing up and not accepting this facet of myself — that I felt I was really female — and trying to be what other people wanted was actually damaging to me, as it often can be for anyone in the LGBT community. When I’ve been in-touch and accepting of the fact that this is just who I am, I’m an outspoken gal that can get a lot of things done and when I haven’t I’m more like a black hole: all consuming, miserable and not fun. At a certain point in my life I had to choose which I wanted to be.

It’s probably the best and briefest way of explaining it, though for people like me or on other points of the spectrum the reasoning can be different. Some people just cross-dress, others are gender-fluid, androgynous, or may prefer not to claim a gender at all.

Gaming has been both a passion and a lifeline through all of this in my life, but growing up and partly into adulthood it’s probably one of the few or only things society would deem masculine about me. I allowed my zeal for gaming to become part of my male persona, which allowed gaming to become a target for when I failed. It kept my parents fooled, that’s for sure, and at times gave me an opportunity to be myself when they weren’t looking, at least in a digital sense. They didn’t want to understand games, they just saw them as a pacifier I would grow out of. 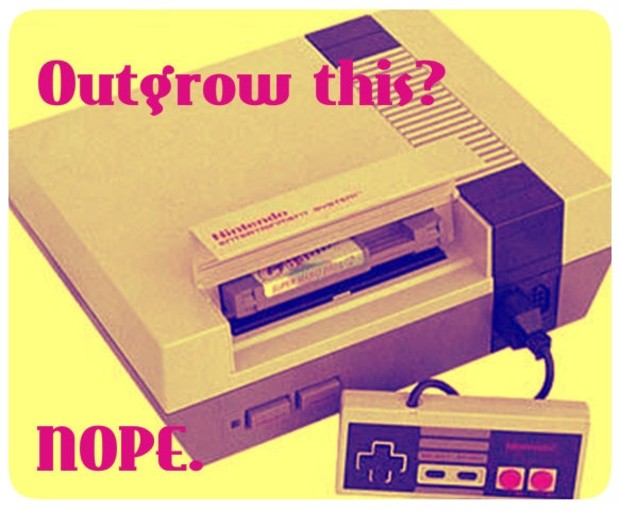 Naturally, I didn’t grow out of gaming, it grew up along with me and while it was a good shield for a time, it couldn’t stop me from forgetting the truth. In that way I was just stalling, hoping these feelings might change; but they never did. I tried pleasing the expectations of others, such as my parents, and I was pushed toward “masculine” things like sports. I didn’t perform well. I even sucked at softball.

When you break it down, gender is really a social construct separate from your physical sex. It is a guideline humans invented to give a particular sex a path to follow: masculinity or femininity. Gender expression is actually so much more broad than this binary portends, though. I struggled with the masculine things thrust upon me and deeply desired more of the feminine things. Every day I looked in the mirror, I couldn’t stand what I saw — any of it.

Kids like Kanji Tatsumi and Naoto Shirogane struggle with gender issues in Persona 4. Kanji is a guy that has hobbies society deems as feminine; Naoto desires a profession that’s deemed masculine. Making use of a needle and a ball of yarn doesn’t require a vagina, nor does it define your sexuality. Being a good, resourceful detective does not require a penis. The way that society blurs the lines between sex, sexuality, and gender to define a person can be infuriatingly unfair.

Kanji is forced to deal with insinuations about his sexuality and masculinity based on a joy of crafting. Naoto uses her natural inclination to masculine behaviors and presentation as somewhat of a rationale for fighting what she sees as a sexist culture within the police force. 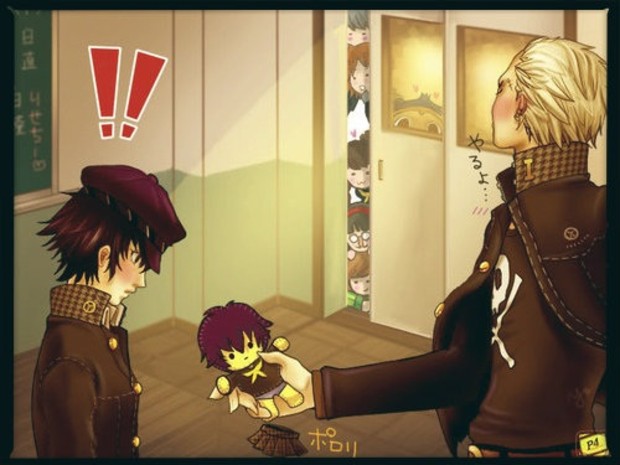 People should be allowed to determine themselves. Instead, gender is used to pigeonhole a lot of the time. Kanji and Naoto had to learn to be bigger than the adults and society when facing down these assumptions regarding them. They came to accept themselves and find friends who respected them. Kanji now knows he’s a masculine guy no matter what and maybe he just loves who he loves without a gender or sex preference at all. In Persona 4 Arena we see a Naoto that embraces her gender-fluidity fully, remaining a clever boy detective to strangers and a capable girl to her friends.

And to see this self-determination play out time and again in games is powerful. To see Samus Aran acknowledged for her accomplishments first and her gender second was important to me. To see Terra Branford trapped between the life of humans and espers, trapped between power and powerlessness, between fear and strength and eventually triumph gave me hope for myself. Samus had a mask and Terra came from a place between the norms, and both were women that could help and protect others. 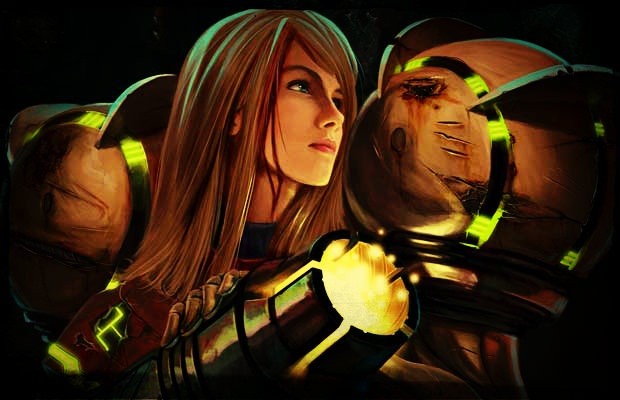 A more contemporary example would be Deus Ex: Human Revolution, as I found Adam Jensen to be in a position I sympathized with. Choices were made for him that were beyond his control. All those augmentations he never asked for resulted in him being perceived and judged as deviating from the human norm and becoming a different class.

He lost social privileges in some respects, too. There are points where you can’t tell if people that mattered to him are really being fair to him, being nice or slighting him in some way. Jensen keeps his inner-struggles contained as best he can to get the job done, but the shards of his broken mirror tell a story I have partly known much of my own life. Yet he continues on, knowing only he really defines himself .

He’s not transgender. He’s not gay. He’s white, he’s straight, and yet his struggle with his own trans-humanism speaks for the experience of many. At the end of the day, he’s still human. His will to determine himself and move forward is something that’s worthy of respect.

These are just some of the games that inspire and keep me going.

Gaming’s track record for female, gay, intersexed, and transgender characters might be spotty, but from my childhood to present I can say it’s getting better. I can say that there are writers out there working for Obsidian, Atlus, and others that get it while some like Eidos Montreal can get there without that direct intent of inclusion. They create characters that have faults and foibles, that have passions and interests that are a factor ahead of sexual orientation, gender presentation or race. This makes for stronger characters, yes, but more importantly, for normal human beings.

I don’t need people like me portrayed as sex objects, exotic or edgy — just human. And if it has to be a stereotype make sure it’s on even ground with other stereotypes. Despite Mr. Ono’s quirks, Poison is just as much a stereotype as any character in the Street Fighter universe, which is why I’m okay with her. It’s just when Grand Theft Auto or Dragon Age dig for the “tranny” gags without a proper, respectable transgender characters that I have a problem with that “comedy.” It only works when everyone who is respected is also fair game.

Catherine is a game that shows those two up with a simple waitress. Erica is a friend to Vincent and the gang, someone that gives as good as she gets. She has flaws and a past but her friends respect her choices and leave the onus on her to reveal the truth about herself to others, if at all. That she’s transgender is but a footnote, something that doesn’t even come to light until late in the game. She’s not perfect, but she doesn’t need to be.

When you get that portrayal right, you can’t imagine how helpful it is to those that need to come out or how much insight it lends to people that wouldn’t have understood otherwise. Where TV and movies have time restrictions and are watched, games are made for players to interact with and that sometimes means a narrative can go deeper to provide more insight on how various people live.

Anyway, that’s just another thing about me. I’m a gamer, I’m transgender, a woman, a lesbian, a blogger, a libertarian — but a human above all else. A human that never really wants to shut up about her videogames. I think I have a perspective to offer. I also say all of this knowing I might get some flak or hate for it, but I think from what I’ve seen of the Destructoid community and its camaraderie so far, there’s little to fear.

I have certainly enjoyed my time reading and blogging here so far, so thanks for the good times 🙂