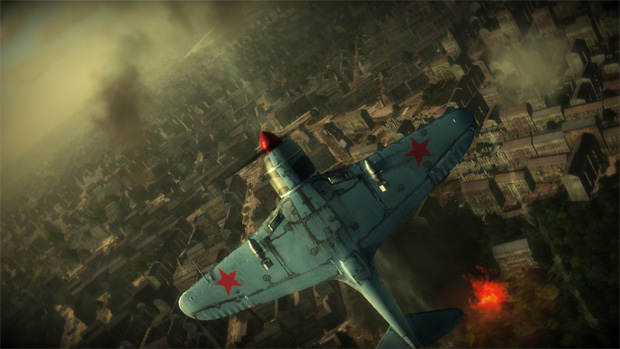 Not long ago we told you about IL-2 Sturmovik: Birds of Prey getting a September 15 release on consoles as well as DS and PSP. And wouldn’t you know it, now there’s a demo for the game up on Xbox LIVE Marketplace too.

As a complete beginner to the series and even flight simulation games in general, I found the controls be hard to work with. I think that part of the reason why is due to me being so used to playing Battlefield 1943 since it has its own set of unique and equally hard-to-master flight controls.

I was successful in taking down a bunch of enemies, and I had a relatively fun time doing so. When I did inevitably crash into the remains of a plane I had just obliterated, I was happily greeted by a cool death animation that involved my plane spinning out of control.

Also, because I couldn’t simply quit out of the demo and be done with it like a normal person, I made my dramatic exit by crashing straight into a lighthouse. Worst part? The damn thing didn’t even take damage.