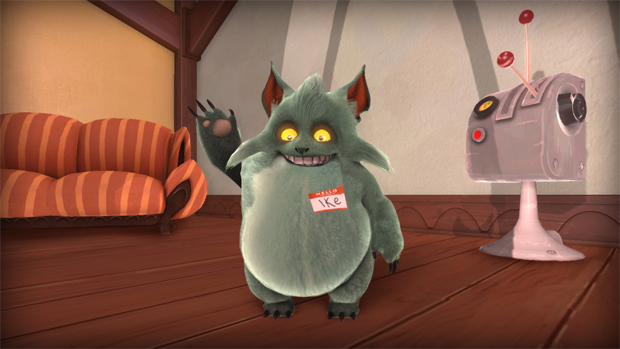 New puzzles are now available for all of you Quantum Conundrum fans out there. The second puzzle pack, IKE-aramba!, tasks the player with rescuing the lovable IKE from another series of puzzles in a new wing of Quadrangle Manor.

The pack is currently available on Steam ($2.99), PlayStation Network ($2.99) and Xbox Live Arcade (240 MSP). And, of course, if you bought in on the “Season Pass” through Steam, it’s there for you to pick up now, as you’ve already paid.