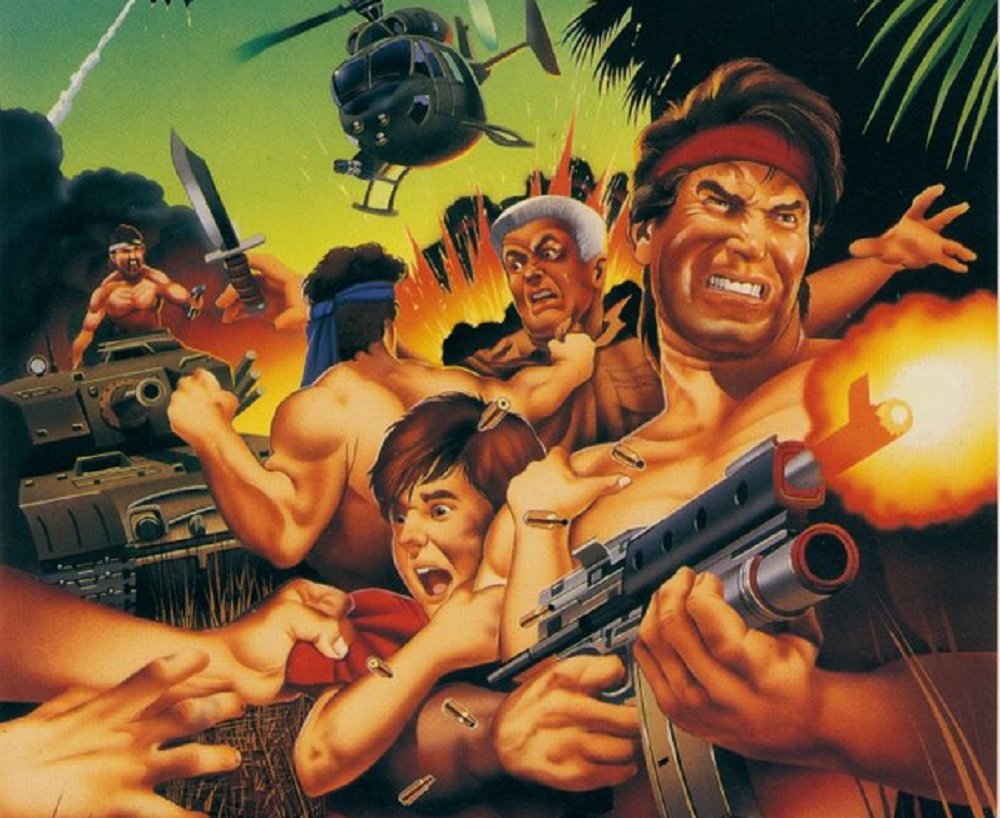 Hamster returns to a classic SNK franchise for this week’s Arcade Archives release, as Ikari III: The Rescue has been made available to download on PS4 and Nintendo Switch.

Released in arcades in 1989, before later being ported to home computers and the NES, Ikari III is the sequel to 1986 releases Ikari Warrriors and Victory Road. The run ‘n’ gun release sees Ralf and Clark (or Vince and Paul) dispatched to the jungle to take down a guerilla force, responsible for the kidnapping of the President’s child.

The sequel features typical Ikari Warriors action, as one or two players massacre their way through a series of top-down stages, gathering power-ups, tossing grenades, commandeering tanks and helicopters and generally raining hell down on insurmountable odds. You can check out the action this video from YouTuber World of Longplays.

This would be Ralf and Clark’s final arcade appearance before joining the King of Fighters roster in 1994. As a curious aside, some variants of KoF‘s (admittedly very messy) lore retcon the story of Ikari III, and suggest that our heroes are sent to rescue a village under siege, but find only an orphaned child, who grows up to be their future running buddy Leona Heidern.

Ikari III: The Rescue is available to download now on PS4 in Japan and Nintendo Switch worldwide, priced at around $8.