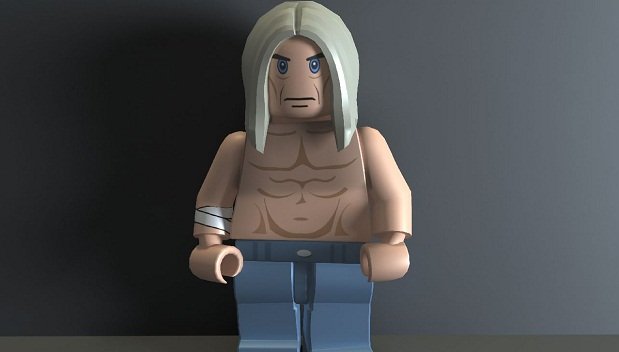 Yes, we know this is a bit of “old” news since it was making the rounds last week. But Warner Bros. Interactive and MTV Games have just officially revealed that legendary rocker Iggy Pop will appear in LEGO Rock Band… as a LEGO minifigure.

The Iggy and the Stooges track “The Passenger” will appear in the game as a playable track, and Iggy himself will provide the voice over for the game’s tutorials.

I must say that Pop is both a strange and brilliant choice for this game, which positions itself to be a more “family friendly” Rock Band experience. On one hand, I’d rather have my kid exposed to Pop and his music versus say, Taylor Swift and Maroon 5’s Adam Levine, who both will appear in Activision’s Band Hero. Not that there’s a problem with either of those artists, it’s just kids are already exposed to pop culture enough as it is, and are likely familiar with Swift and Levine.

On the other hand, I could probably suck Iggy Pop’s blood and get high off of the drugs he took in the 70s. But while he doesn’t exactly have that family-friendly image Warner Bros. might be going for, damn do his lego abs look good.