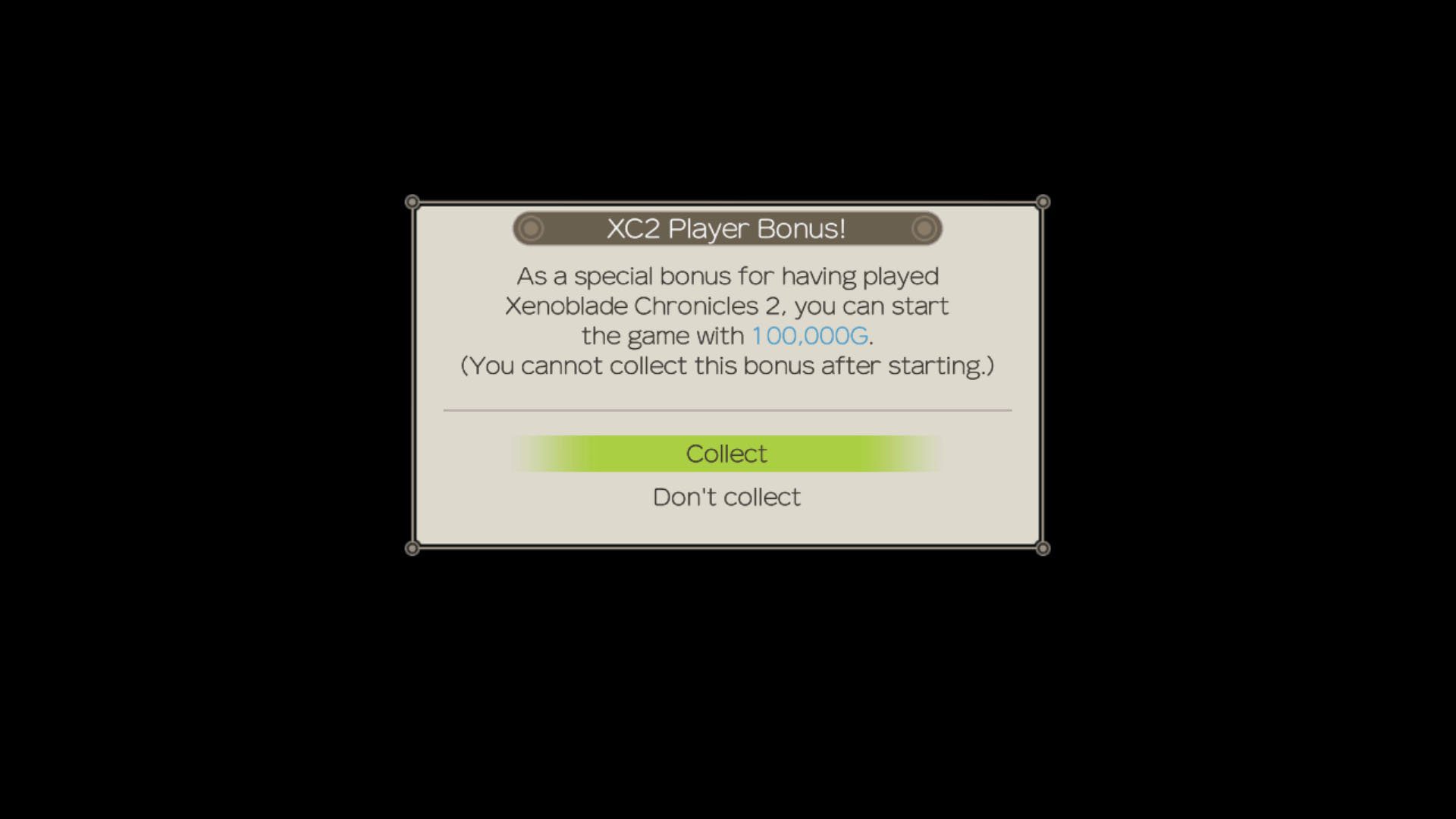 Well this was a nice surprise!

After booting up Xenoblade Chronicles Definitive Edition on Switch for the first time, I noticed a little bonus pop-up right before I was able to take control of Shulk. Dubbed a “XC2 Player Bonus,” you’ll get a free 100,000G (gold) starting sum if you have a save file for Xenoblade Chronicles 2. These are the sort of things a lot of publishers are adding to games lately as “time saver” microtransactions.

Note that this bonus is optional, so you can choose not to take it. If you do, you’ll get a huge leg up on the opening hours of the game, as most high-end armor and weaponry only costs a few thousand gold to start: allowing you to fully kit out your initial party members.

This bonus also lets you ramp up more quickly, as completing sidequests will only add to that total, cutting down on any need to grind for the first 20 hours or so.