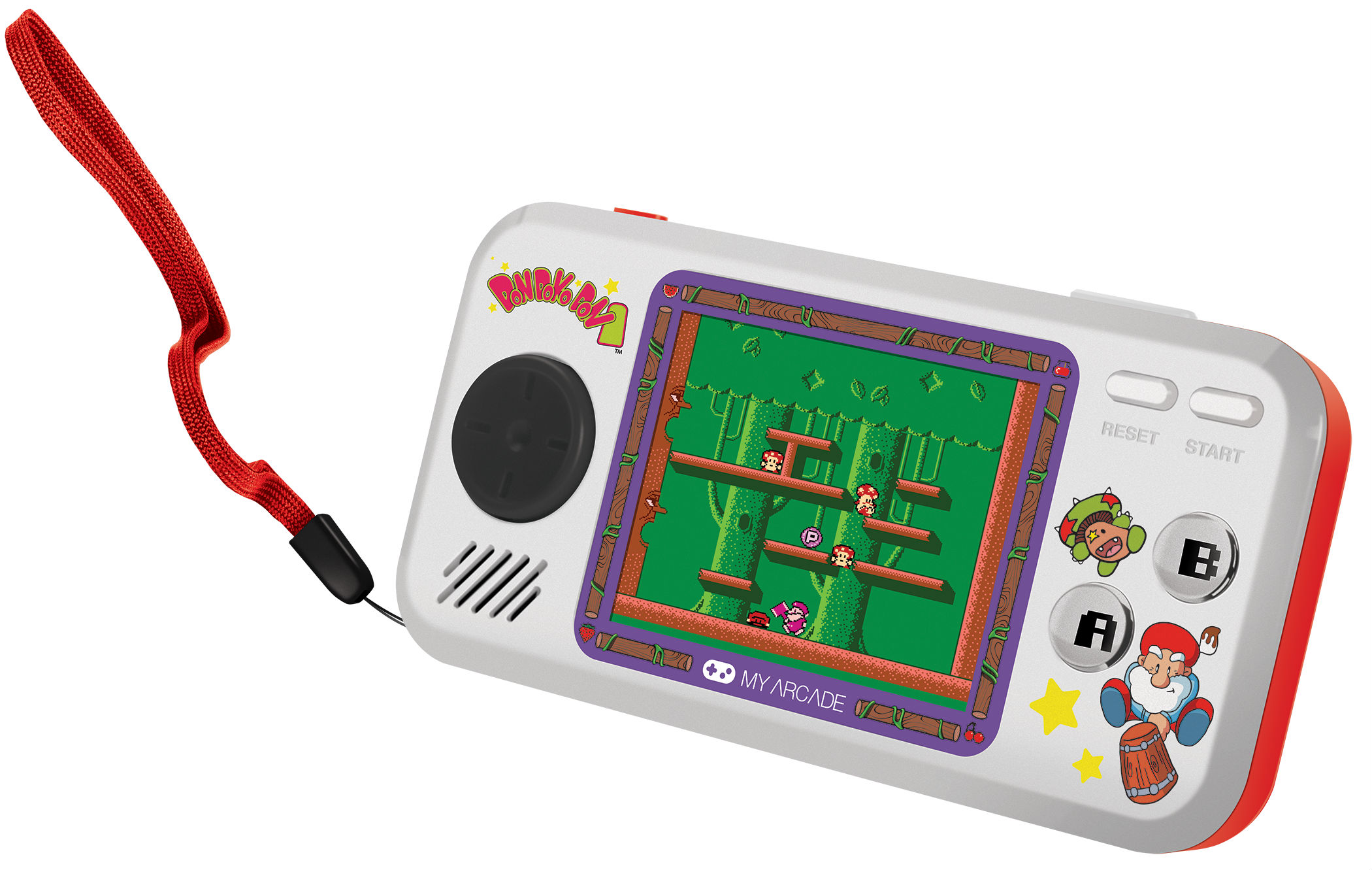 A lot of retro enthusiasts probably remember Taito’s Don Doko Don. It didn’t make a huge splash in the west per se, but the sleek arcade platformer used the Bubble Bobble formula to aplomb, and its cute designs entered the hearts of its fans. It’s also coming back: in handheld form!

In what might be the most random news this month, My Arcade has announced that they’ve opened up pre-orders for the Don Doko Don Pocket Player, a device specifically created for immortalizing the series. It’s up for pre-order today for $34.99, and is scheduled to ship on January 6, 2020. According to My Arcade this is the “first to debut in a line of limited edition collectibles,” and only 3,000 units are being sold at this time (the story they are sticking to is that “it will not be available again.”

The device itself boasts a 2.75 inch backlit color display, a headphone jack, a front-facing speaker, and will include a copy of Don Doko Don 2 as well as Chack’n Pop: which My Arcade points out is exceedingly rare. So far it seems inline with the other “Pocket Player” line devices, which include releases for Dig Dug, Bubble Bobble and Galaga.

I’m tempted! I’ve played the former trio to death, but I’m more inclined to pick up something heralding a series that’s more obscure and not widely localized.