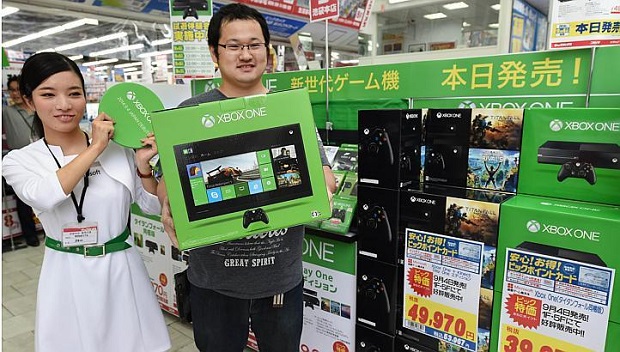 After its less than inspiring launch that was seemingly defined by more traffic cones than people, it’s tough to have any confidence in the Xbox One in the Japanese market. Hell, Microsoft itself didn’t, seeing as it wasn’t a part of the console’s global launch last November.

Judging by the latest Media Create sales figures, Microsoft’s tempered expectations were completely justified. For the week ending on September 21, the Xbox One sold 1,314 units in Japan. The Xbox 360 chipped in an additional 103 sales. By comparison, the PlayStation 4 moved 8,939 units — almost seven times more than Microsoft’s console.

Of course, handhelds were the top performers as always. The 3DS XL (LL in Japan) and normal 3DS sold a combined 43,592, and the Vita saw 11,148 sales. The former’s figures were likely bolstered by the recent launch of Super Smash Bros. for 3DS which has topped 1.2 million sales in less than two weeks.