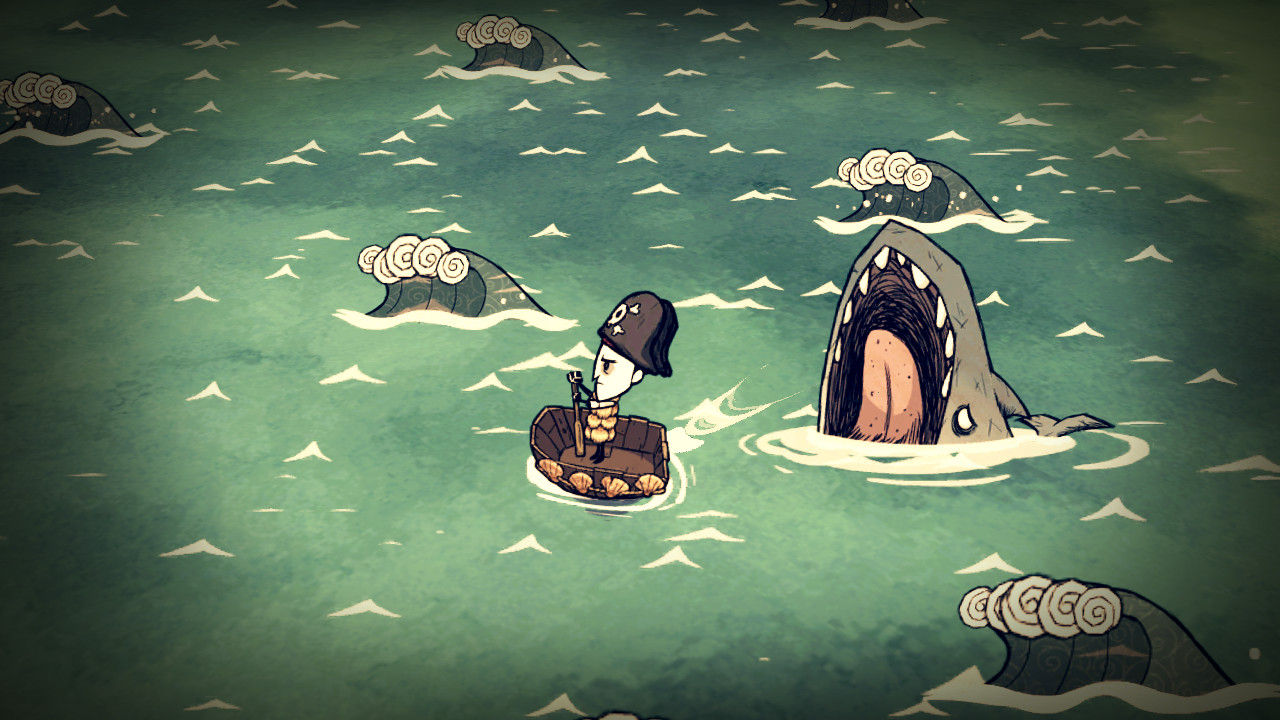 Don’t starve, be eaten, drown, or have hope

The trailer released to celebrate the launch of Don’t Starve: Shipwrecked has basically ensured I’m never playing the game ever again. It looks fantastic; but I just don’t know if I’m emotionally ready to let Don’t Starve back into my life. I made it to day 30 in the original before the fear of dying and losing all of my progress won out and I stopped playing the game entirely.

The expansion this time strands Wilson on a tropical island and introduces entirely new biomes, seasons, and rewards. If it were just that I’d be fine, but I just can’t deal with canoeing through killer-creature-infested water. Being surrounded by murderous darkness in the original game was enough; I draw the line at giant sea monsters. I know, I’m a wimp. If you’re curious about hearing about it from someone who isn’t a giant, terrified baby, Zack previewed the expansion a few months back.

While Shipwrecked has been on Steam Early Access for a while now, the expansion is officially out for PC, Mac, and Linux today for $4.99.