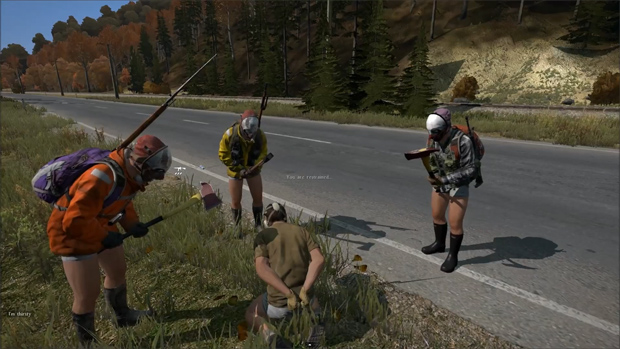 Yesterday, Conrad told me he was thinking of trying DayZ‘s alpha release on Steam. He expressed concern about getting into a player-driven game — particularly one as Stanford prison experiment-esque as this one — without a friend. It’s a mighty strange world out there, as evidenced by yet another video in which players go to great lengths to make DayZ memorable.

The parts where the player’s voice modulator cuts out kill the immersion, sure, but the act is still a grade-A effort in creepiness. I’m going to politely decline playing this with Conrad, I think.