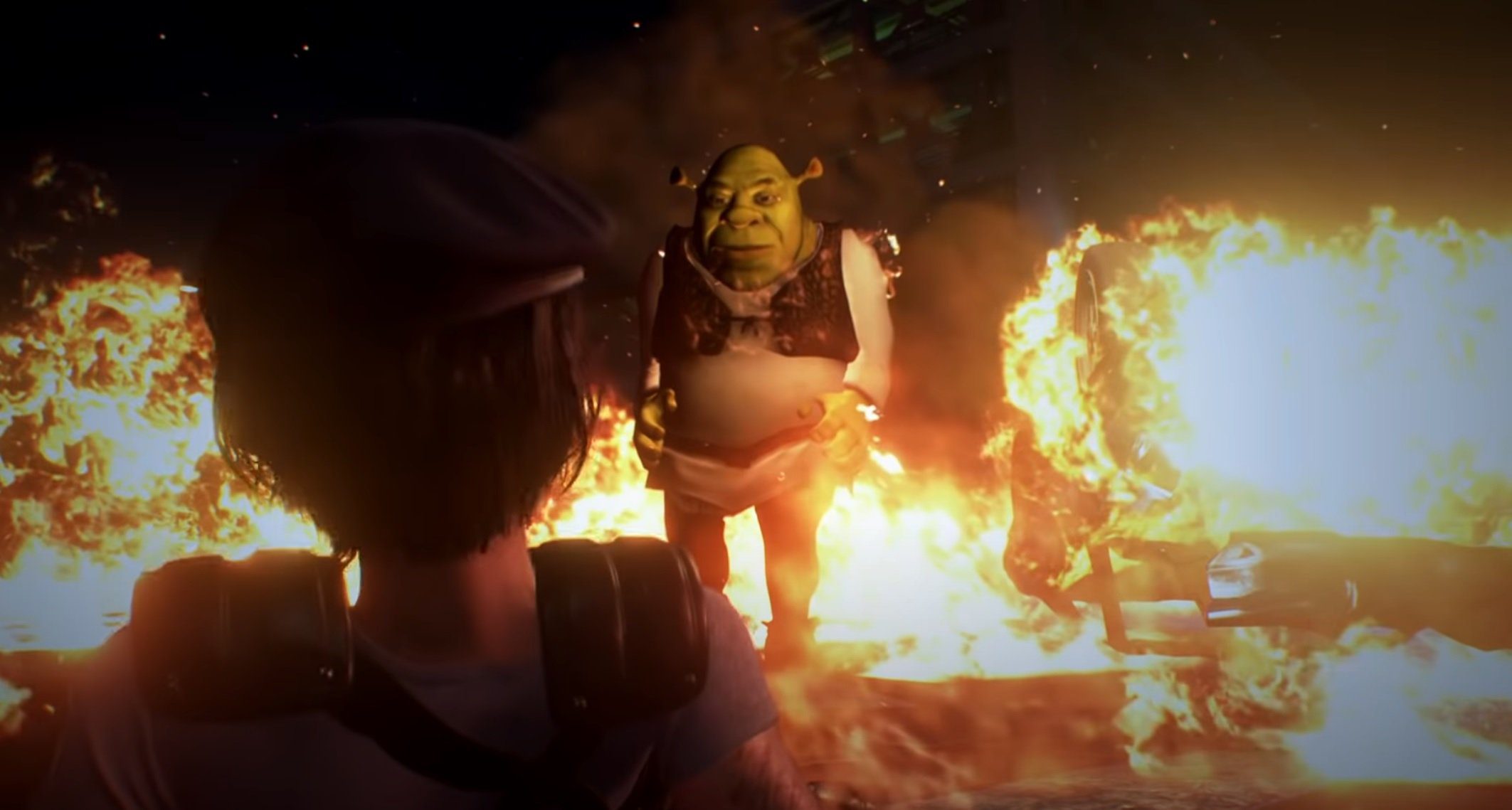 As the Shrek series has aged poorly over time (beyond the graceful Shrek 2), folks have realized that the oddball series is full of meme potential. Given that the first film itself is merely a string of memes spliced together that were outdated when it premiered; it’s only fitting.

People have been trying to get Shrek in Super Smash Bros. for years, but now you can add him to get another game by way of modding. Although Mr. X mods were popular with recent Resident Evil 2 remake, the practice has returned with the advent of the Resident Evil 3 re-release and the ever-present Nemesis.

Created by MrMarco1003, this one is pretty cut and dried: it swaps out Nemesis for Shrek. You can get a look at the mod in action in the video below, which showcases the simple character model swap. Thematically, it kind of fits. If an evil pharmaceutical company were to choose one fiction IP to serve as the model of an indomitable superweapon: it would probably be the many-layered Shrek himself.