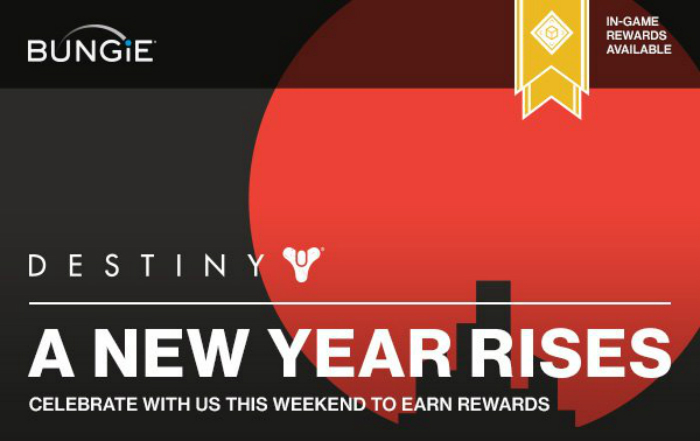 Coins, Motes, and an Emblem

Bungie crafted an incentive for Destiny players to log on after a long winter break, and it’s as easy as logging in and completing one activity (a PVP skirmish, for example). As of today you can pick up rewards, which includes 15 Strange Coins and 15 Motes of Light. The former can be used to buy Exotic items from the peddler Xur, and the latter levels up your weapons and armor.

If you complete that event before the end of January 10, you’ll net a special Emblem, to be delivered around the 12th. So yeah, that’s it — nothing to write home about — but enough to log in and quit for.