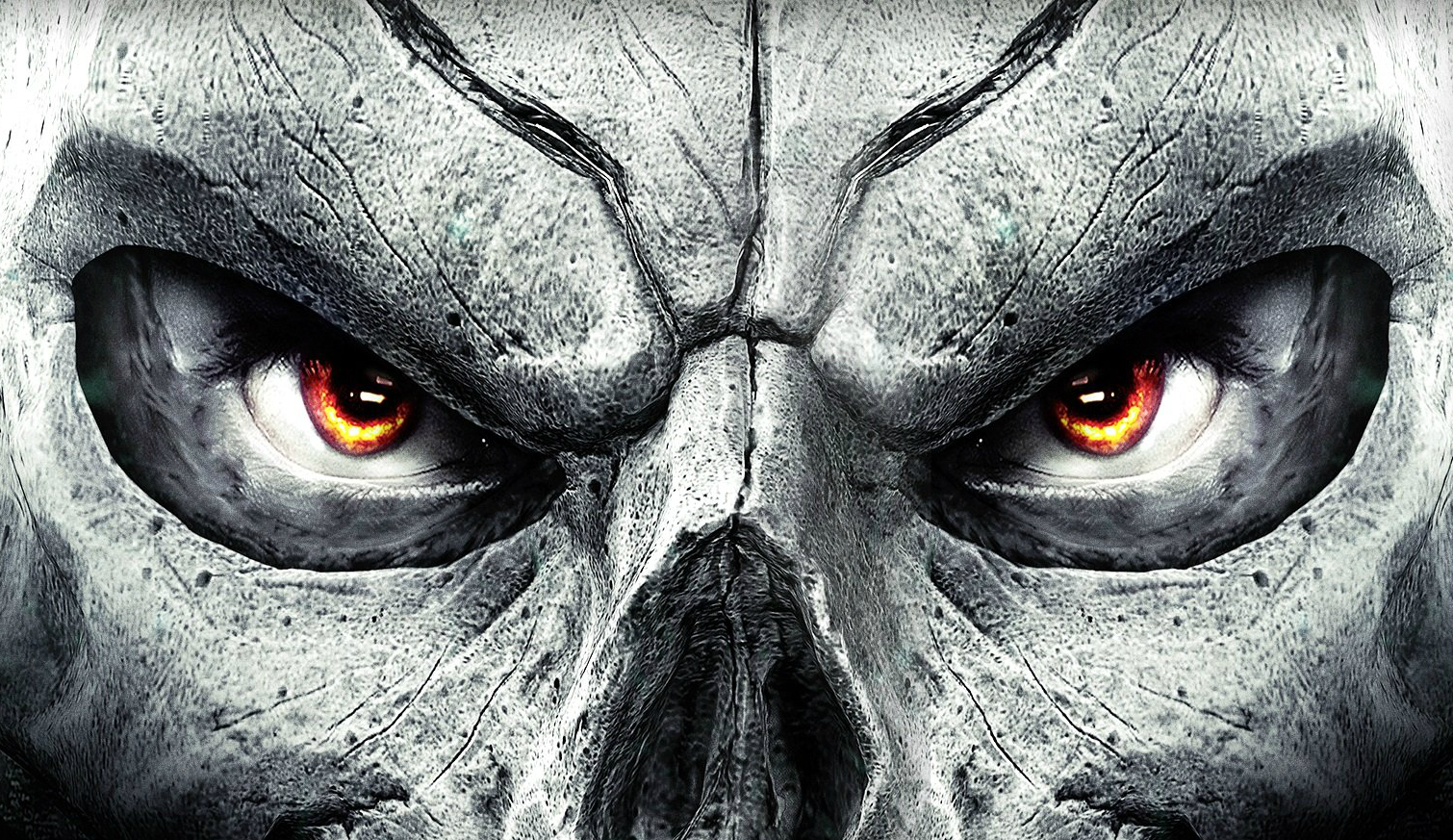 Darksiders II has become a sort of joke within our community by way of the hashtag #Darksiders2, fostered by our resident funny man, Occams. To this day our readers still use that tag to denote something particularly garish, like wearing a Jack Skellington shirt to an opera concert, for example.

But to get real for a second, Darksiders II is a damn good action game, and something I’d consider required reading at this point for action fans. The Deathinitive Edition isn’t necessarily that big of an upgrade, but it’s a good way to introduce yourself to the franchise.

While Darksiders II is clearly the second game in the series, you don’t necessarily need to play the inaugural title to understand what’s going on. After all, this is a parallel tale, where Death is on a journey to prove his brother War’s innocence. From there, that’s all you really need to know. Similar to the first title, Darksiders II is open world, and plays out in a similar manner to many Zelda games, or to give a more apt macabre comparison, the Soul Reaver series. Death is especially nimble as he has a fully featured dodge ability, which makes combat leaps and bounds more interactive and technical than the first game. The exploration element is damn fun, as Death has access to his trusty steed to traverse some of the larger environments, which house myriad secrets and Metroid style upgrade-accessible rooms.

Darksiders II is fairly accommodating as well, with a difficulty setting that can be swapped at any time, and the power to save anywhere. It also sports memorable and challenging boss fights on top of interesting dungeons and puzzles. It really is one of the best action adventure games I’ve played in recent years. The only major holdup I have is the loot system, which peppers in a ton of useless items to sift through. So what’s in the new Deathinitive package? For $30 you’re getting a native 1080p version of the game, with “increased texture resolution,” and a rework of the game’s engine to be more in line with a current-generation experience (with upgrades to the metal and stone textures in particular). You’ll also net all the DLC included so far, which basically includes a lot of useless items, and three missions that are roughly under an hour each.

Point blank, I wouldn’t recommend picking it up for the visual enhancements alone or the add-ons. Sure, the textures do look a lot a bit shinier, and native 1080p is a great feature, but it still very much looks like a last-generation title. I played both of them side-by-side and did notice an increase in quality, but not enough to spend your cash on. As for the DLC, all of it is throwaway. Again, if you already own Darksiders II and have your console or PC readily accessible, you may as well just replay your original copy. But by that same token, Deathinitive is a good excuse to dive into the world of Darksiders in general — so if you haven’t taken the plunge yet, consider it. The PC edition still exists as well.