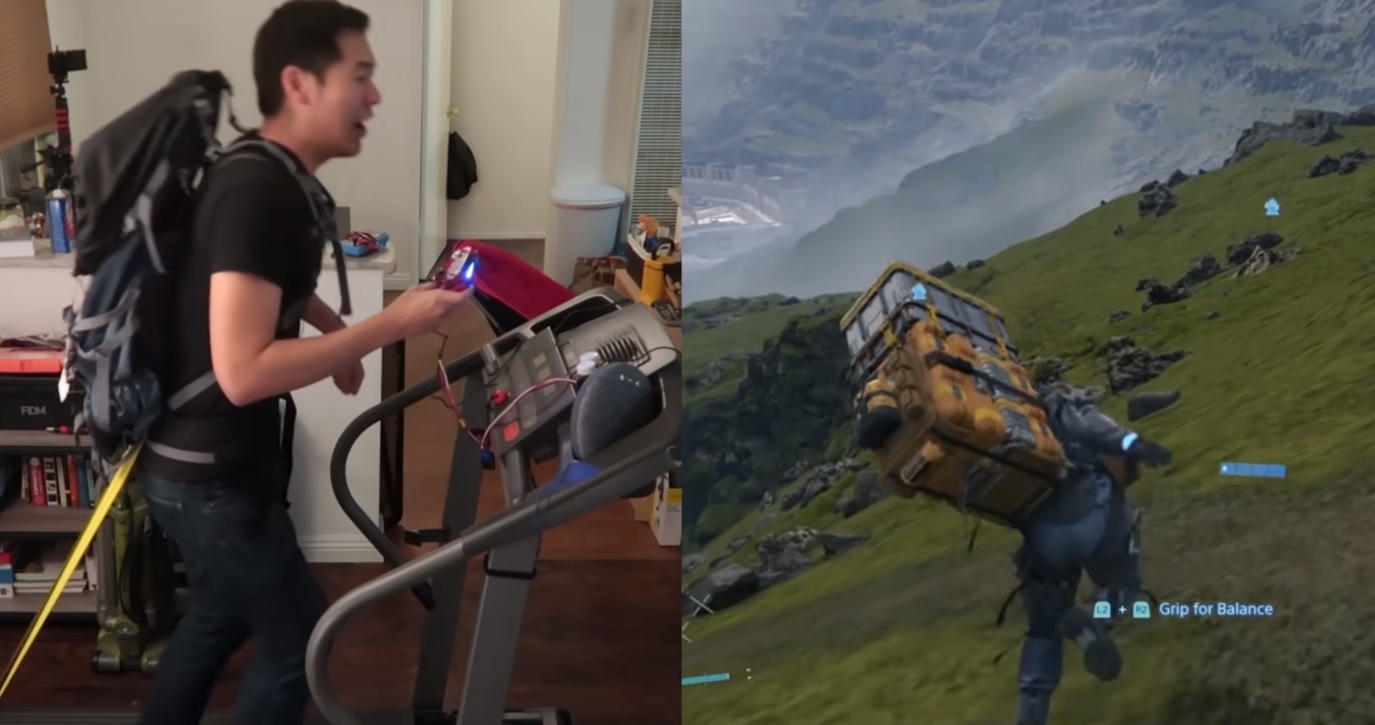 For some, it was another existential Kojima masterpiece. For others, it was a rote exercise in…exercising. I was somewhere in the middle, with leaning a little toward the former sentiment (albeit with less of an emphasis on the phrase “masterpiece”). Despite some of my misgivings, I’m keen to experience it again someday.

Maybe, by the grace of God, that’ll be with a treadmill controller. Thanks to YouTuber and electric genius Allen Pan, the concept is now in our collective minds. So the entire unit isn’t the whole controller as a DualShock 4 is still being used to some degree, but movement is entirely done by the motions of the treadmill: he breaks it down in the video below.

I mean, it’s pretty genius for what could be the definitive walking/running simulator. I get the appeal of beating super twitch-action games with a bongo accessory or a bagel controller, but this just makes so much sense: and it helps you stay in shape!