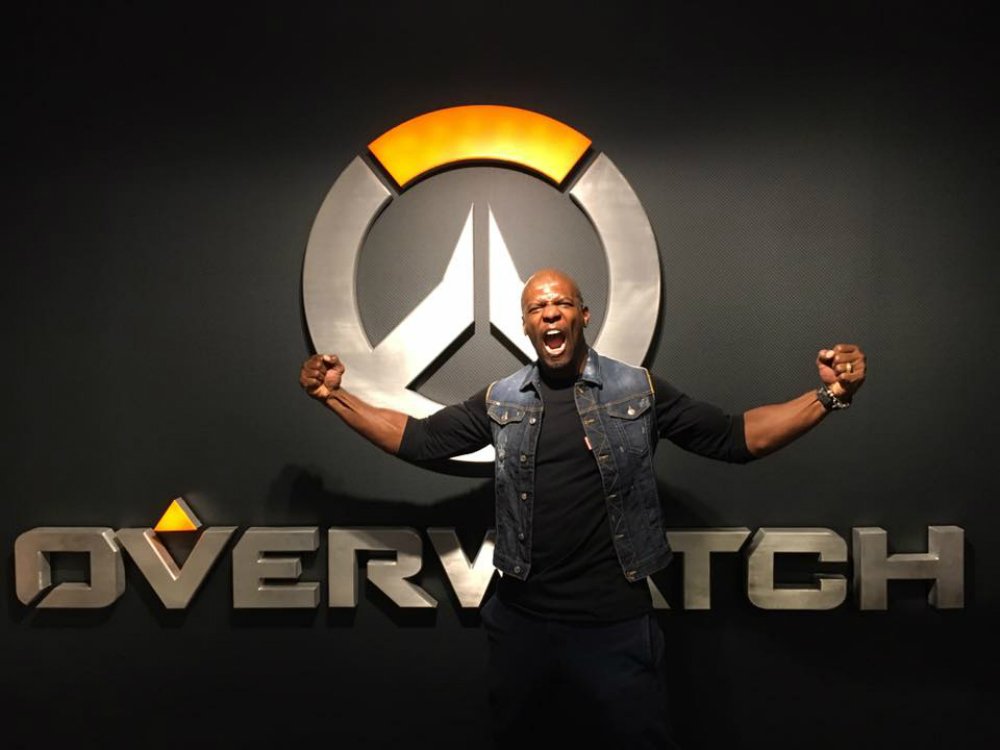 He wants to play Doomfist

Recently, the Overwatch community took notice of Terry Crews’ efforts to join the cast of the game as Doomfist — a character hinted at throughout the game’s lore (including its initial cinematic debut), that might one day make it into the roster. Well, this week the hilarious, hulking monstrosity of a man visited Blizzard’s Headquarters in Irvine, California, which may or may not be related to that request.

Although he hasn’t had much voicework in the past (he’s only worked on an Expendables game, reprising his role, and Saints Row IV), he definitely has the voice for it, so I hope this happens. I can’t imagine the amount of work required on Blizzard’s end though. Because if this did work out, he might have to be called back or remotely record new lines to interact with additional characters, which would probably be a nightmare with his packed TV and film schedule.

It’s partially why Bungie scrapped Peter Dinklage’s voice in Destiny and started all over with the much more available Nolan North for continued content drops. Of course it’s not impossible, so we’ll see! I’d love to see Doomfist in regardless.