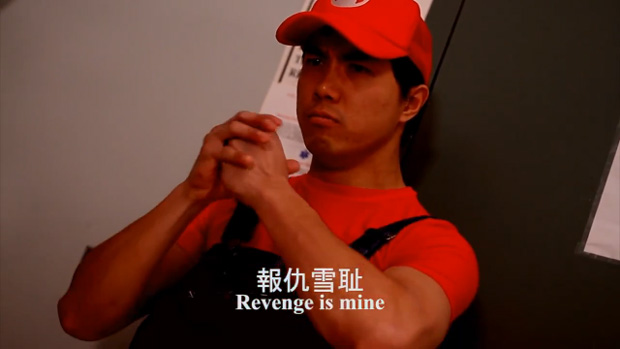 Girard Tecson of Dayside Productions wanted to make a Super Mario fan film in a style that hadn’t been done before. Tapping the talents of the Team PTX fight choreography group, he directed a Chinese cinema version of the suspenders-clad everyman’s adventures.

It follows all the Asian movie tropes, too. Bowser is the local crime lord, Mario is the reformed criminal, and Peach is the mayor’s daughter. We’ve got fast Wing Chun strikes right out of Donnie Yen’s Ip Man, the goofy second banana to the protagonist’s straight man routine, and even the English-speaking character who forces his lines as though he doesn’t know English to begin with.

Oh, and I love Peach’s shoes! It’s like she doesn’t give a f*ck!

Filed under... #China#mario#Offbeat#Things gamers do