It took me a bit, but after the urging of many Destructoid readers, I finally checked out the If Outriders demo.

It’s better than I thought it would be! 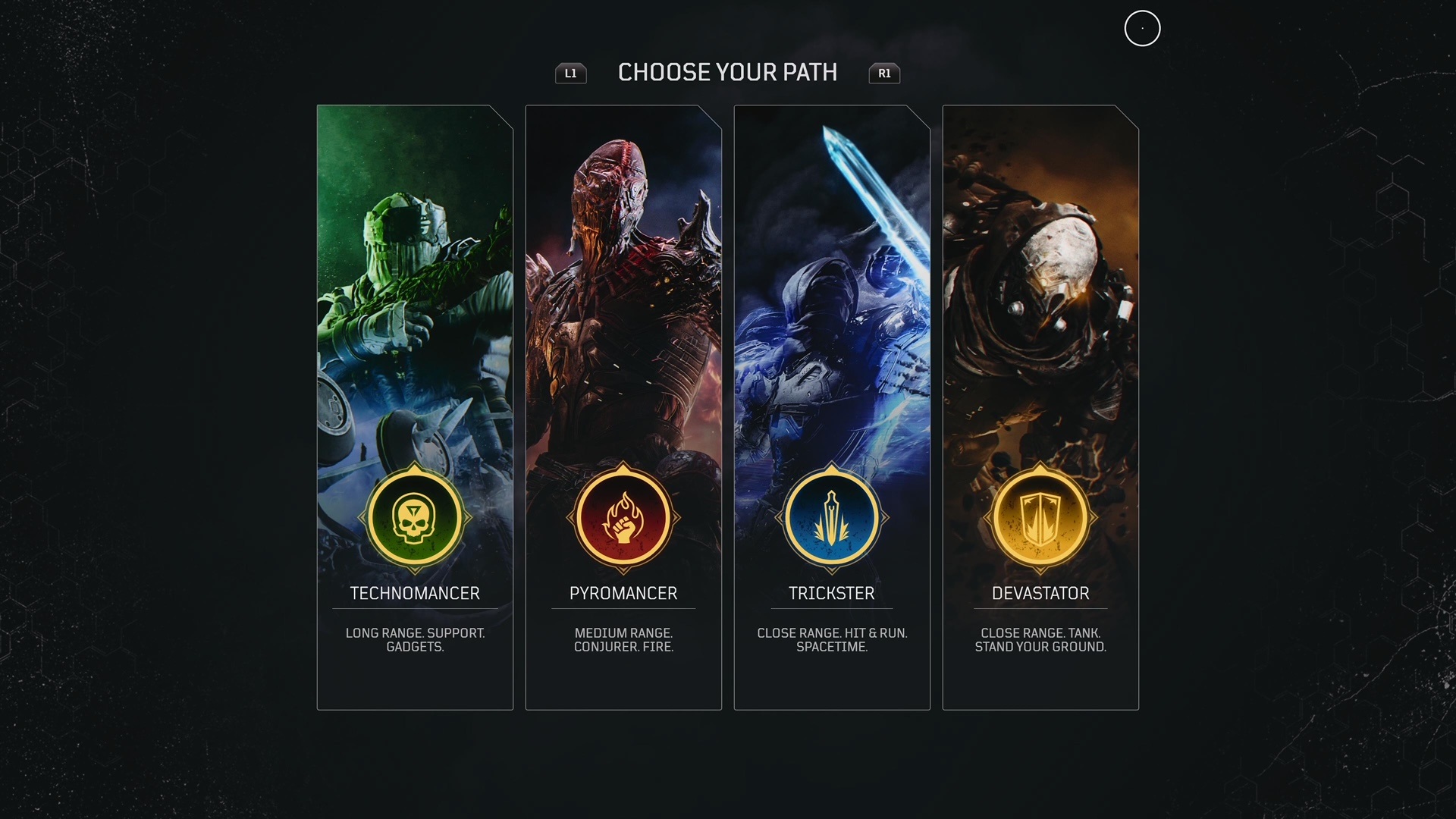 The prologue, which thankfully can be skipped with subsequent characters after completing it once, is extremely awkward, though it does the job in terms of setting the world up.

The basic rundown is that you, a member of an elite-esque taskforce called the “Outriders,” need to establish a foothold on the planet Enoch, to help usher in a new era for humanity following the devastation of Earth. During that process all hell breaks loose, yadda yadda yadda, you end up in cryosleep for 31 years and wake up in a war, with superpowers. Wait, what? Yeah, that’s the mile-a-minute setup. It’s actually kind of neat.

To house those powers, you’ll pick one of four classes: Technomancer (ranged DPS), Pyromancer (ranged DPS), Trickster (melee DPS), and Devastator (tank). For now (something I’ll rectify in the review), I gave the Pyromancer a whirl. Within the confines of the demo, you’ll have access to a ranged firewall projectile, a burning “grab,” and another projectile that turns enemies into an explosive bomb after death.

It’s all very easy to acclimate to (L1, L1+R1, and R1 respectively on PS4/PS5), and the ability cooldowns are fast enough. The real key here is that like People Can Fly’s other work, constant action is emphasized. Your abilities are generally tied to your power to heal, so constantly throwing out fire as a Pyromancer directly impacts how quickly you earn your life back.

It creates an interesting waltz of chaos, where you’re mashing out fire everywhere and blowing up enemies strategically. Devoid of the loot system entirely, I already found myself being drawn to the flow of combat in Outriders. It’s very much over the top and the customization element and (hopefully expansive) talent tree system should facilitate that.

There’s still a lot of “what ifs,” to be sure. The world isn’t always as interesting as it could be, and at times, it feels sterile and extremely linear: even more than other similar genre staples. The loot system could go south in the full version, but for now, the variety of weapons and perks are thrilling enough. The dialogue, story, and voice acting hinge on cringe often, but as long as the shooting core holds, I can deal with that.

Given how expansive the demo is, folks have taken to playing to extremes! It’s actually kind of great, even if the team is dialing it back a bit. But that sort of access is refreshing, given how closed off a lot of these shooter looter games can be in recent years. I’m looking forward to seeing what People Can Fly can really do once it arrives at the start of April.