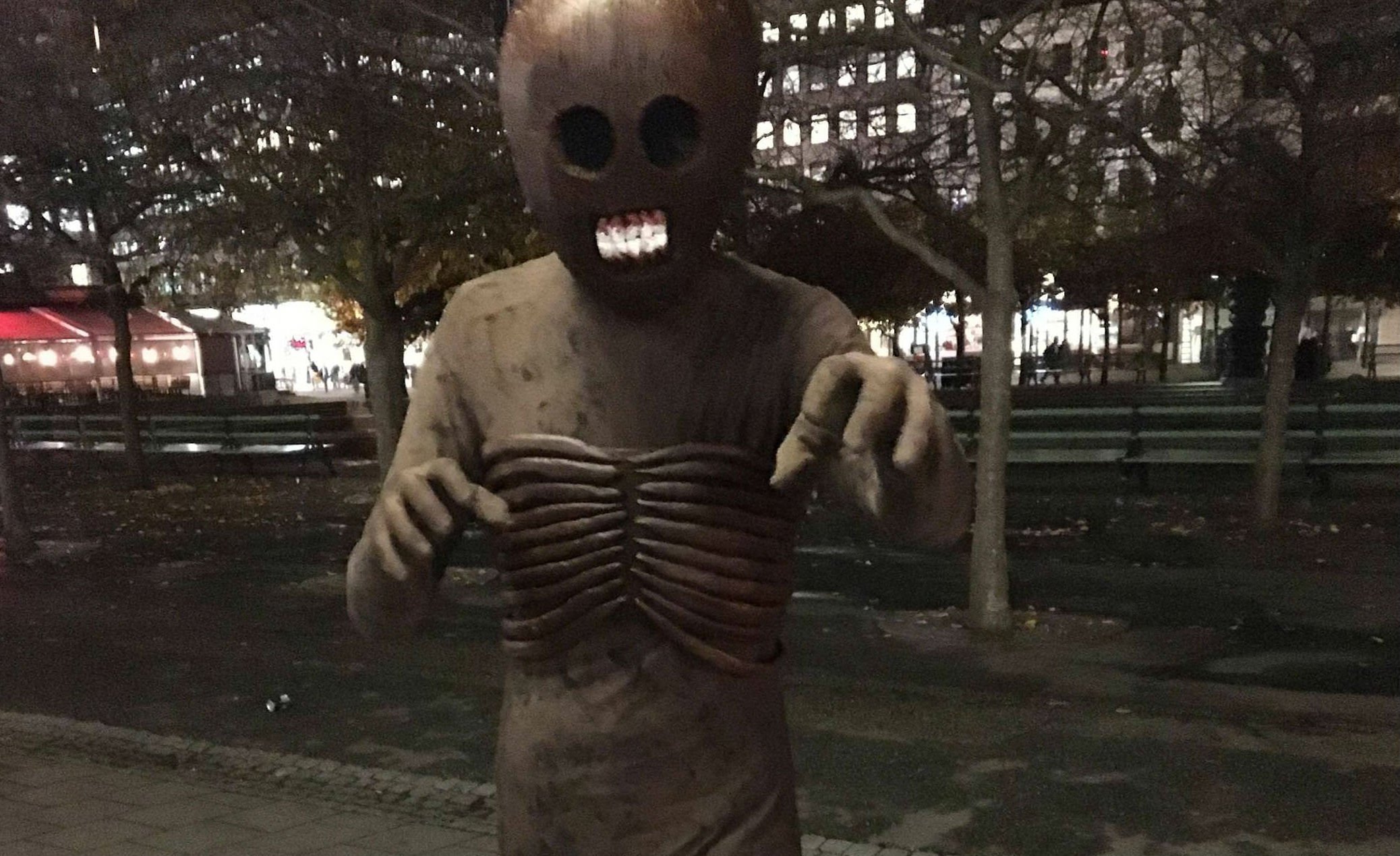 The Legend of Zelda: Ocarina of Time had a great collective of horrifying imagery. It wasn’t just the pixelated graphics — the whole idea of facing down a Shadow Temple with creatures that look like they came straight out of the nightmares of H. R. Giger was a pretty big ask. The fact that they sprayed blood is a “bonus” on the creep-o-meter.

Cosplayer Torayami has embraced it though, posting their ReDead outfit on Reddit for all to see (and scream at). Torayami claims that they know someone who cosplays Dead Hand, and that they’ll do a shoot together eventually. I’d love to see it!

Filed under... #Cosplay#Offbeat#The Legend of Zelda