Destiny was a functional game at launch, but a number of design choices were made that left all of us scratching our heads. The Cryptarch system in 1.0 was horrible in that it allowed players to earn legendary engrams (randomized items) only to consistently find out they were rares.

There were bounties that were active for playlists that weren’t even available to play. The list goes on — these are things that Bungie possibly didn’t have time to test as it was rushed out of the door by Activision to ship on time.

All of Destiny‘s patches so far haven’t been actual improvements to the game — they’ve been backpedaling “we didn’t intend for this to happen” or “oops this was bugged” fixes. There have been no meaningful quality of life changes like an “Orbit to Tower” function, more bank space, a better user interface, or anything that would make the game more enjoyable.

Bungie needs to start making actual improvements to the game — before the DLC in December and before people need to pay for it. 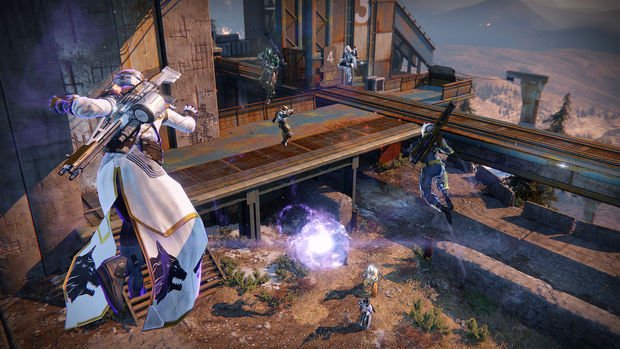 I currently have a level 30 Warlock, a 29 Titan [full raid gear], and a 25 Hunter in Destiny. Part of this is due to the necessity of having to cover the game long term (and be at an appropriate level when I have to review the expansions), part of it is because there is a fun game buried beneath the mess that’s engaging to play with friends. That bit of fun comes mostly from the game’s raid (which is easily the best part), and Destiny‘s core shooting mechanics, which are potentially Bungie’s best work. But that all came with the launch. As of writing this, Bungie’s actual ongoing support has been abysmal, and that has negatively impacted the game.

One of the most absurd things I’ve noticed is the bounty system. Bounties are basically extra “quests” that players can run, and reset daily. They have a mix of PVE and PVP requirements, but the latter is often marred by bounties that cannot possibly be completed, thus wasting a slot in the limited pool. “Salvage” is a gametype that’s only offered at certain intervals, but on a constant basis, some bounties are filled with Salvage objectives. This pisses me off the most as it could have easily been fixed, and was “left running” for weeks on end.

The “events” so far have been pointless or a series of smoke and mirrors for bad rewards. The Queen’s Wrath event came after much of the playerbase had the appropriate gear to raid, and after one day, Bungie took away the ability to harvest the rewards for shards (again, it’s quick to remove mechanics and slow to add them). With that incentive gone, there was no reason to rank up with the Queen’s faction as the rewards were abysmal. It was ultimately pointless and just threw “more bounties” at players.

The Iron Banner PVP event was even worse. It came even later and offered the same gear level as the Queen’s Wrath event — it also couldn’t be broken down for materials. The hyped idea was that higher-level players would have an “advantage,” which was cool in theory and a reward for all that hard work, but it didn’t play out that way at all. As a joke, people started making videos of level-five Guardians easily killing level 30s, exposing the event. Bungie did not address this until the event was over. 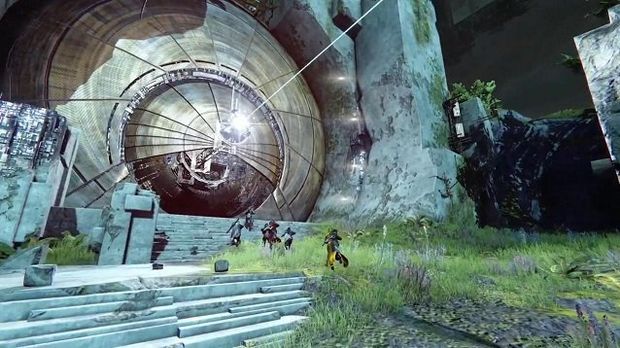 Another set of “fixes” involve the final boss fight of the raid — Atheon. It’s an encounter that players have been enjoying for weeks, and it’s well designed as is. Basically, three players can position themselves in the back of the room so that they are teleported into another arena to kill a set of enemies, then they run back out to join the group. In many MMOs, this is commonplace. The three “better” players would take point inside, and the other three can just provide support. It accommodates all playstyles.

Instead, Bungie has said, weeks later, that this is “not intentional.” The studio is changing it so three players are randomly sent into the portal instead. This isn’t the end of the world as skilled players will easily adapt, but it’s a pointless change that goes against the design of almost every well crafted raid event in other games. It also feels incredibly odd to come back almost two months later and make this claim when it looks like the design was intentional.

Bungie also dealt with the controversial removal of loot caves. These caves (and sometimes stairs or doors) allowed players to farm loot by having enemies constantly come out of them but honestly, they weren’t even that effective. So Bungie removes as many loot caves as it can because “this is not the way they intended us to play,” but still requires players to farm roughly 100 materials per piece of armor to fully upgrade it. So we have to farm in an even more boring way — there’s no talk of allowing people to earn materials through other means. It’s a running joke in my raid group that if we ever start having fun, someone starts up in a robotic voice going “Guys, Bungie did not intend for this to have fun. It will be fixed shortly so enjoy it while you can.”

Again, Destiny is a great shooter. But if Bungie is going to insist on throwing out MMO designs like weekly caps on marks and raid loot, and farming aspects like material grinds, it needs to get its act together and give people more incentives to keep playing, not take them away. There has been one attempt to rectify mistakes — the Iron Banner is being changed. But it’s going to take a lot more than that, as that’s just the tip of the iceberg.

When the first and second expansions hit, I will play them and assess the state of the game at that time. Things could improve. But as it stands, I have little confidence in Bungie to change things for the better based on what the developer has shown us so far.