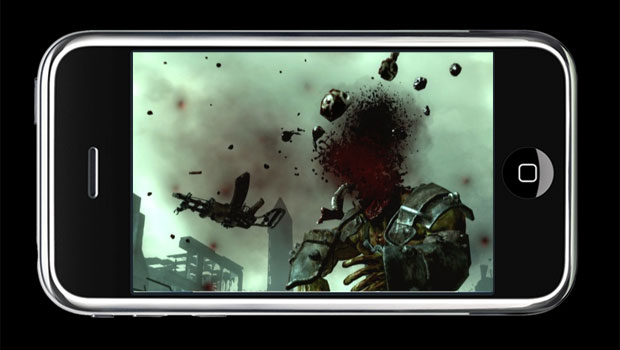 Thanks in part to id Software’s Technical Director John Carmack’s iPhone love, most of the developer’s back-catalog of games seems to making its way quite nicely to Apple’s portable do-it-all device. While its upcoming title RAGE is already slated to get the iPhone treatment, Carmack has already had conversations about bringing some of its parent company’s titles to the platform.

Speaking with Kotaku, Carmack says he’s spoken with Bethesda’s Executive Producer and Game Director Todd Howard adding, “we want to make something happen for those products as well.” He says that he already has an internal proof of concept made for a portable Fallout, but that the companies are so busy with other projects right now that nothing has officially gotten off of the ground.
As a fan of Wolfenstein RPG and at the very least impressed by Doom Resurrection, the idea of a portable Fallout is — at the very least — intriguing. I’d say the platform is ripe for a return to the series’ isometric strategy roots. What kind of game would you like Fallout iPhone to be?