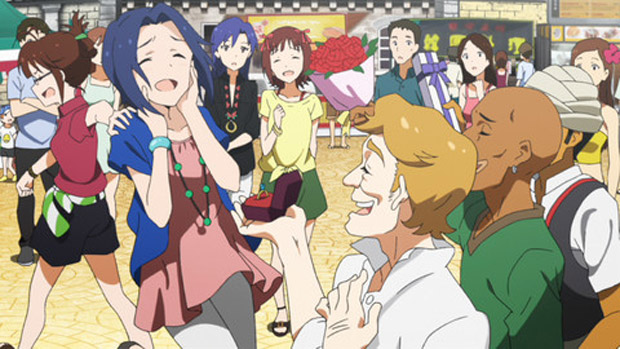 That’s for one out of three episodes, by the way

In bringing port of their PSP game [email protected] Shiny Festa over to the West, Namco Bandai Games has shown us what a $54.99 iPhone/iPad title looks like. The hit Japanese rhythm series appeared on the Apple App Store today, and to make matters worse, this particular release is actually three releases.

That $55 price tag? That covers one of the game’s versions (each with a different set of idols and songs). For Harmonic Score, Melodic Disc, and Rhythmic Record, you’ll need to scrounge up a total of $164.97. Quite the fee to pay for localization.

Did Namco Bandai miss the memo about pricing for mobile games? While I tend to agree that companies shouldn’t feel tied down by lower price points when warranted, the decision simply feels like exploitation. [email protected] has a not unsubstantial amount of fans who will feel obligated to pay up, and I’m willing to bet enough of them will cave to make this a “success.”