Today there was a popular article being shared about a female gamer with problems fitting into the online community and after reading her article, I feel that she doesn’t understand how the online world works.

Every female gamer can tell you at one time or another they have been insulted or hit on by another male gamer during an online game session or on a Web site in the comments or forums. It’s not fun and it hurts to have people act in such a way, but I don’t think that most female gamers understand that guys aren’t picking on them because they are women, but because they can pick on anybody.

When anyone goes into an online situation whether it is an online game session or a Web site forum, they are now in a world where everything they say and do has really no affect on them in the real world and some people tend to take advantage of this situation.

If you are in a bar or at work, you would be faced with consequences if you were to insult someone or sexually harass them. You would be fired, slapped or forced into a fight that couldn’t easily be dealt with. Online you can just turn the console or computer off, and never have to hear about the problem again.

The online world allows for people to say anything they want with little repercussions, and though I don’t find that fair, I do understand why people do it. I also understand that when a fellow gamer insults me online by telling me to go back to the kitchen where I belong, it’s because that’s the best insult he could come up with. 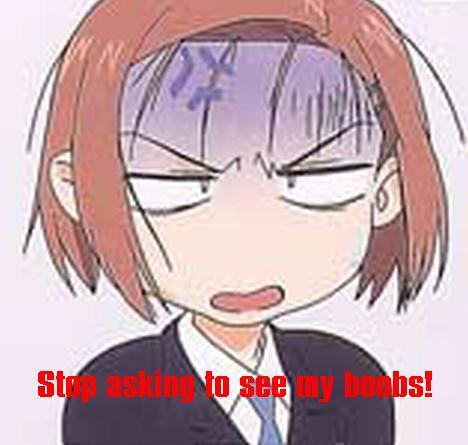 As for the online offers of cyber sex, again it’s just easier for a guy to say these kinds of things to women behind the safety of a screen, then to say it in public. Guys are always checking us out on a daily basis, but they can’t always respond to their urges because of the consequences. If a guy could ask to see your boobs in public without getting slapped, trust me they would.

In long run, female gamers need to understand that even though the behavior of idiot gamers is inappropriate and hurtful, guy gamers get the same treatment from the idiots too, but we tend to get it more, because they will always pick on what they think is the weaker person.

Just play your games and ignore the online idiots, because they will always be there at some point or another. This is the online world and its full of idiots.

Filed under... #Does it suck?#Online#Things gamers do